Another wonderful translator to meet today. This is TINA KOVER – the word wizard who works from French to English. She is at the top of her game and hers is a name you are bound to have heard of. She is passionate about books and translated ones so sit yourself down, have a cup of tea and come and have a chat…. 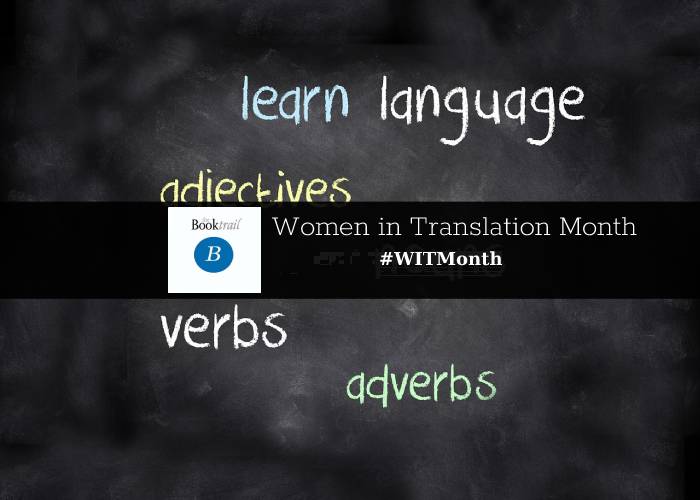 I have translated all sorts over the course of my career, which goes back a while (my first literary translation was published in 2004). Everything from 19th-century fiction to cyberpunk sci-fi to biography to what would probably be categorised as “chicklit”. One of my favourite things about this work is that I often translate books I might not have been drawn to read otherwise, and invariably I end up enjoying and appreciating them, and broadening my own literary tastes. 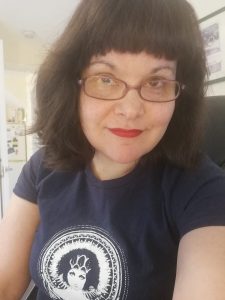 Just French to English, though I am working on improving my German enough to translate from that language one day as well! I started learning French as a middle-school student and continued it through high school and then at university, where I earned a BA with Honours in French. Then I moved to Switzerland for a couple of years, which is when I gained true fluency. 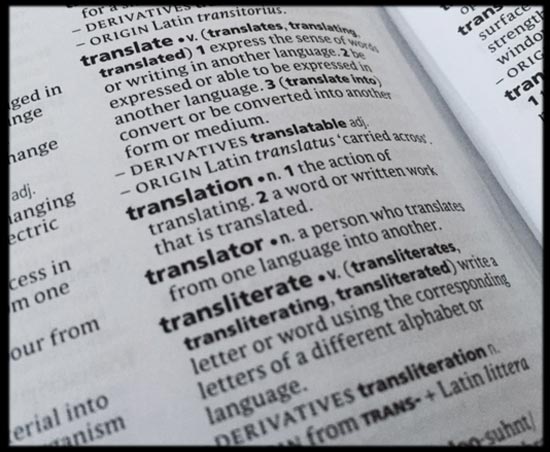 Literally just on page one! I prefer to discover the books I translate the same way a reader would, in a linear fashion, from beginning to end. This is also part of the reason for my preference not to read a book before I translate it. I feel like it makes the finished translation have a much fresher quality, rather than being overthought and overworked. There’s also the risk of inserting foreshadowing that might not even have been there in the source text, if I know what’s going to happen a few chapters down the line.

Do you work on one page/chapter at a time  or do drafts like an author?

I tend not to revise very much at all. Different translators have different ways of working. Mine is that I try to generate a pretty polished translation the first time, rather than creating a rough draft and then gradually smoothing it. I do go over the finished translation once just to check for continuity and hone any slight rough edges, but for the most part I try to get it right the first time round. 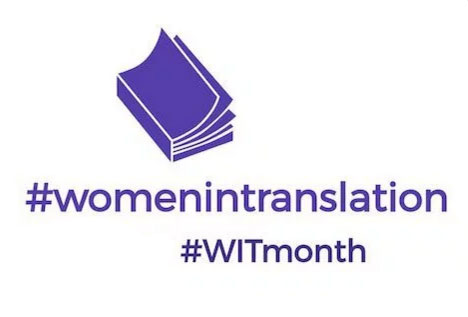 Every single book I translate involves research; some more than others—thank goodness for the Internet, is all I can say. Sometimes that research takes the form of a simple trawl through Wikipedia or similar sites; other times it’ll be forums, academic journals, or videos. Occasionally I’ll come across a quote that has been translated from English into French and I’ll have to look up the original English version. Sometimes I even crowdsource queries about the layout of a city or an obscure piece of slang by posting them on Twitter. The translation community is very close-knit on social media and many people are always ready and willing to help, which is lovely. 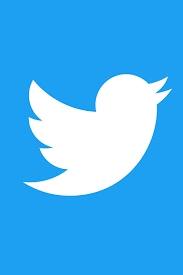 It very much depends on the project but in general I don’t have much contact with my authors, if any at all, during the translation process. It’s usually later that author suggestions come in, during the editing phase. My take on it is that, during the writing of the original book, the author was alone in his or her head with the characters and the plot—it’s a very intimate thing, to create a world and the people who live in it—and I like to recreate that atmosphere as much as I can for myself. I prefer to just be alone with the source text, quietly, with as little outside input or “noise” as possible. 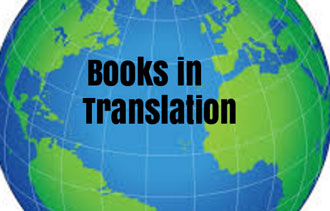 I’ve always been an avid and greedy reader of all kinds of books, and have also always loved languages. It seemed like a natural marriage of these two passions, and I knew very early on that literary translation was my ‘calling’, if you will. 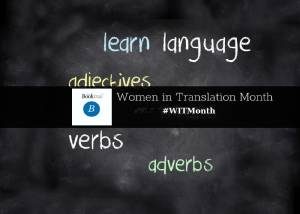 What are the major challenges of translating from your languages?

I don’t know that there are any challenges that are unique to French in terms of the actual translation work per se; that is, nothing any translator from any other language wouldn’t face. But one thing that I see as a very important challenge currently, for all of us who translate from French, is the championing of Francophone literature from non-European countries.

There is a monumental amount of important and beautiful literature coming out of French-speaking Africa and the Caribbean, in particular, much of it written by people whose voices have not traditionally been recognised—women, immigrants, people of colour—and it’s more vital now than ever that we as translators help to amplify those voices, to spread them around the world and open them up to a much larger readership by translating them into English. So I am always on the lookout for those books, and I see it as a great privilege to act as a messenger, a relay, for their authors. 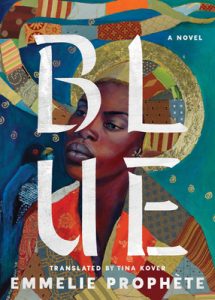 One forthcoming translation of mine that I’m particularly excited about is the novel BLUE, by the Haitian journalist, diplomat, and writer Emmelie Prophète, which is being published by Amazon Crossing and will be out in January 2022. It’s an extremely beautiful, haunting meditation on what it means to be a Haitian woman, and on legacy, love, and grief. Emmelie has written five novels and two collections of poetry, but BLUE is the first translation of her work into English and I’m really proud of that fact. 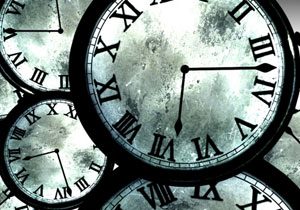 Haha, my honest answer to that question is invariably “as long as I’m given”! On an average day I can translate about 2,000 words of good, polished work. I can do more than that at a push, up to 3,000 or 4,000, but there is always a kind of ‘wall’ that I hit eventually, where the work I’m doing isn’t of high enough quality to be worth forcing it. I try to listen to my brain, really, and stop when I know the time has come to quit for the day. There was a time when I would pull all-nighters and crank out enormous quantities of words as a deadline approached, but those days are gone; I just can’t do it now—and that is probably for the best, actually, because I’m sure that work was never wholly up to my preferred standards.

No! But I am happy to say that that does seem to be changing, albeit slowly. More and more publishers, particularly the many wonderful small and independent presses that have sprung up over the last couple of decades, are crediting translators on the front covers of their books and including translator bios next to the author ones. Things like Olga Tokarczuk’s Nobel Prize win have been instrumental in putting translators in the limelight. For my part, I have co-founded a YouTube channel called Translators Aloud along with my fellow literary translator Charlotte Coombe, where we feature translators reading from their own work. It has been so warmly received and is continuing to grow in popularity, and so I’d like to think we’re doing our part to help translators get the attention they deserve! But there is certainly a lot more work to be done in that area. 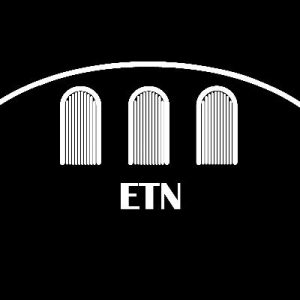 It is certainly not what I’d call an EASY field to break into, but there are so many more opportunities out there now than there were when I was first starting out in the early 2000s. This is a pretty big topic but, just off the top of my head, I would encourage aspiring translators to join the Emerging Translators Network, which helps people find professional mentors who are already established in the field, provides lists of workshops, summer schools, and internships, and just generally gives a lot of great support and guidance.

That is one of the biggest challenges for me, actually. I listen to a lot of French radio (which helps me keep my slang more or less up to date!) and will occasionally read books in French as well—particularly when I’m thinking of pitching them for translation! But there aren’t many opportunities that occur naturally when you live in the north of England, unfortunately.

Novel in a foreign language you’ve read that hasn’t been translated into English yet.

French-Iranian journalist Armin Arefi’s memoir SPRING IN TEHRAN, a first-hand depiction of everyday life in Iran from 2015-2018, when very few Western journalists were allowed in the country. Not only does Armin give his own impressions of how much the country has changed since his previous sojourn there in 2007, he also conducts formal and informal interviews with a range of people as diverse as his grandmother, a start-up entrepreneur, a duo of street performers, a female engineer, a young Afghan refugee sent to the Syrian war front, Ayatollah Khomeini’s grandson, and many more. It’s funny and sad and mesmerising, and I am committed to finding an English-language publisher for it. I have translated a sample of the book (and also done a reading of it for Translators Aloud); do have a look!

Thank you so much Tina for a really insightful and fascinating chat!