What Happens in France? Carol Wyer explains all

So what does happen in France? The same as what stays in France if the rules of the club are to be obeyed. There’s plenty of rules on the gameshow being filmed in rural France in this book. Carol Wyer places us readers at the heart of a very fun idea. ‘What Happens in France’, is the title of the book but also the title of a gameshow which has just put a call-out for new contestants. Bryony spots the ultimate public platform to find her reality TV-obsessed sister, and finally reunite their family…

BookTrail Travel to the locations in What Happens in France 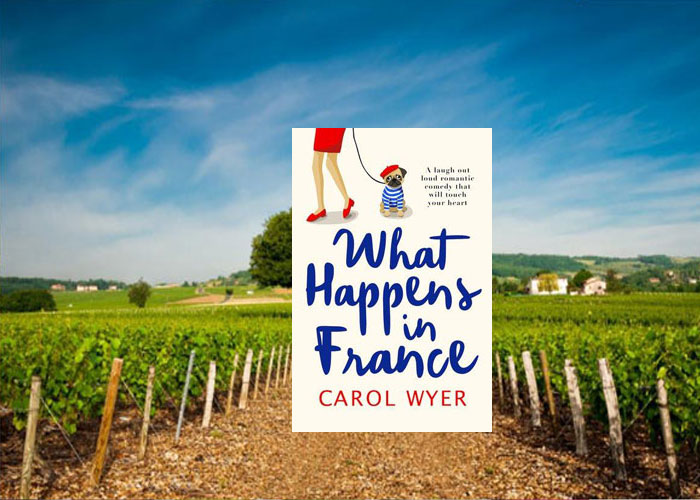 What Happens in France – Carol Wyer

BookTrail Travel to the locations in What Happens in France

My love affair with France began way back in time, when as an 11-year-old, I went on a day trip to Boulogne-sur-Mer with the school. As I proudly carried the baguettes and souvenirs for my family back to the ferry, I decided there and then that France held a magic appeal for me. I returned to the country when I was 13 – an entire week with my class in Paris. That was the catalyst to me spending many years, living and working in the country, and eventually owning a tiny holiday cottage in the south-west, in the Tarn and Garonne. Far away from the madding crowd, where I spent every opportunity to live like a French woman!

Fast forward eleven years, and running two homes had become a logistical nightmare, so we sold up. I missed the place terribly, as did my husband, so we came to a compromise…. we’d still holiday in France whenever we could.  However, now we would stay in hotels, B&Bs or rent affordable houses, and tour around other parts of France we hadn’t yet explored.

The first region we chose was the Pays de Loire and our first home, a château. It was a proper, jaw-dropping chateau, in its own estate surrounded by woods which became the inspiration for Le Petit Château in What Happens in France. 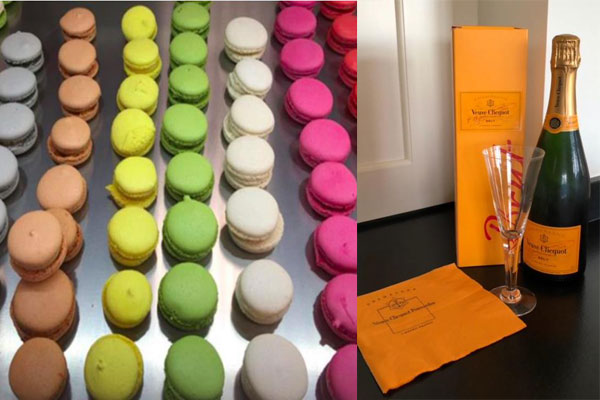 Château d’Yseron, in Vallet, was and is still run by Olivier and Ghislaine de Saint Albin. It has three double bedrooms all furnished sumptuously with period furniture. There’s also a dining room with bright red decoration and a reproduction of the Last Supper by Leonardo da Vinci, painted around 1850, by Olivier de Saint-Albin’s grandfather. Readers of What Happens in France will come to understand why I chose to have a similar painting housed in Le Petit Château in the book… it is highly significant. 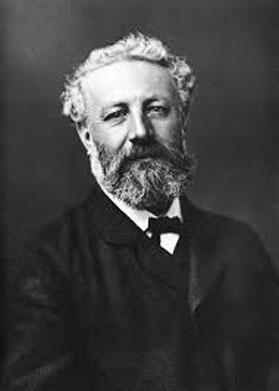 Vallet was ideally situated to explore the region and we used our weeks wisely to visit the region’s capital city, Nantes, which also has a strong connection to neighbouring Brittany, and is famous for being the home to science fiction writer, Jules Verne.

Stylish, vibrant and fascinating in equal measures, Nantes had plenty to keep us occupied, from the incredible giant mechanical animals on the ‘Ile des Nantes’ to the 144-metre tower Le Nid, designed by Jean Jullien, that affords visitors a 360-degree view of Nantes. The surprise on the 32nd floor is not so much the view (which is spectacular) more that Le Nid is home to the sculpture an enormous white bird – half-stork, half-heron – who watches over the city with half-closed eyes and whose broad body also doubles as a bar. The city is steeped in history and the Château des Ducs de Bretagne, situated on the River Loire in the city, with its history museum, an incredible example of bygone times. It was impossible not to be inspired.

The town of Vallet is well-known for wine production and is the capital of Muscadet, as the contestants in What Happens in France soon discover. What they don’t see or mention during their shenanigans, is the 18th century windmill and wash house or the Neo-Gothic style, Notre-Dame church, or the many vineyards passed when travelling around the picturesque region, or incredibly lovely towns like Clisson, on the edge of the Sèvre Nantaise river, with its medieval castle – a real fortress with towers – bridges and 15th-century covered market hall. 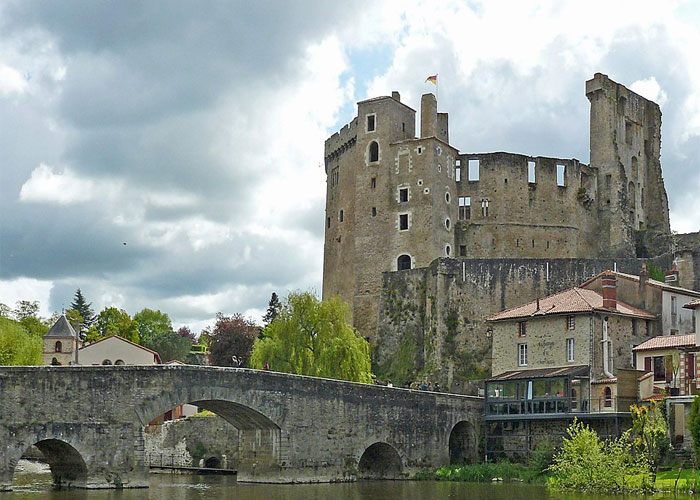 One trip to the region was not enough and we made subsequent visits, staying in outstanding châteaux that allowed us to visit other attractions. We travelled the coastal route to Saint Nazaire where we spent a day at the fascinating submarine base that reveals the décor and workings of two historic vessels and where you can explore an actual submarine, then onto the walled town of Vannes – an absolute must-see – via the famous salt marshes of the Guérande that crop up in the book… I’d say more but you’ll get a true flavour of the area and its inhabitants through reading What Happens in France. 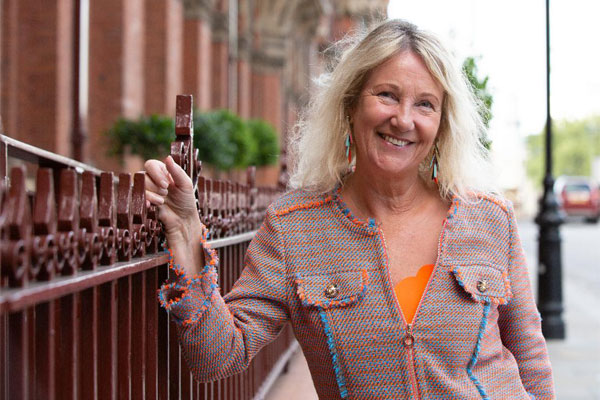 I could write reams about France. I can spout on about it for weeks. I’ve been fortunate enough to travel to many countries but that 11-year-old who found France magical is still inside me somewhere, and I never fail to be impressed by the country.

I recently discovered that one of my great-great-grandmothers lived in a château and I am descended in part from French ancestors… that probably goes some way to explaining why I am so passionate about the country and feel so at home there.  Or maybe it’s just because I love cheese, wine, baguettes, Edith Piaf and beautiful countryside!

For a chance to win a copy with some extra French goodies – head over to The BookTrail’s twitter page!