A special mention has to be given to this rather remarkable book which looks at the lengths to which people went to in order to hide Jewish people from the Germans. Although the book is a work of fiction, it really got to us as the subject matter and the humanity of some people faced wih such grave danger was a really remarkable read.

It makes you think just what could have gone on during the war and just who might have been involved with joining the Resistance or helping Jews to escape whilst risking their own death at the same time. 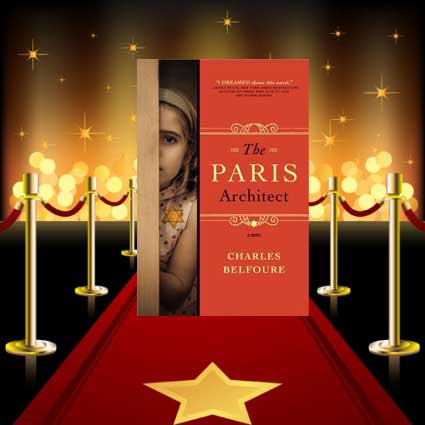 Remarkable on many levels and we managed to grab 5 minutes with the author Charles Belfoure on the red carpet…..

So hi Charles. Wow the reception of your novel tonight on the red carpet really is quite something? 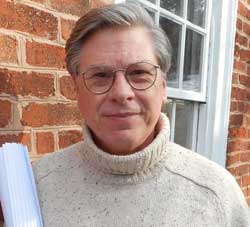 Your book tells the story of a men preparing to hide Jews from the Nazis. Was your novel based on true facts at all?

No, the book wasn’t based on fact. The hiding places never existed and I never found an architect who did that. The premise was based on priest holes from Elizabethan England when priests were banned from saying mass. I transposed the idea to World War II Paris.

What made you want to write the book?

I wanted to write fiction that had architecture as part of the plot.

Your research must have been difficult. What kind of research did you do?

I got books on occupied Paris and what life was like so I could incorporate the details into the story.
You are an architect by trade. Was it fascinating for you to weave your subject into a novel of such historical significance?

I enjoyed having an architect as the main character because I know how architects think.

Historic preservation is important to you. Which building do you admire in this sense and which would you love to see for yourself?

I like banks best. I did a book on the architecture of banks. I’d like to recycle a bank.

Your second novel is about an architect forced to join a criminal gang and infiltrate high society  mansions. What do you think a house can tell about the people who live there?

What’s your favourite or most fascinating aspect of a house and why?

The attic because this is where people discard things they can’t bear to throw away. It tells a history of the family that you can’t see in the rooms below.

And with that, Charles is whisked away and questioned further. Everyone wants a piece of him and his novel and quite frankly we’re not surprised. This deserves to be a book and a film as it really is a fascinating story. Never have we read a book about architecture that really told the story of the buildings in this way – their soul, their spirit and their secrets.