This cuppa and a cake was a very interesting and poignant one to do. I read the book and it was very moving indeed. Now, having had a chance to speak to the author, I can now delve a little further into the story behind the story. All the while offering cake of course. It would be rude not to. 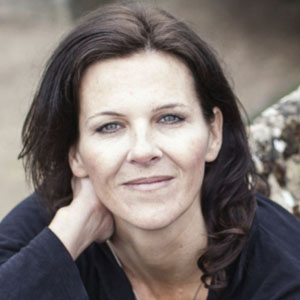 This story of Jakob’s colours is a little told one. What made you want to tell it, and in this way?

I didn’t set out to tell a WWII story.  Certainly I felt I had no authority on the subject.  I began this book simply with a small boy running, that was all, and then slowly layers were added to it.  I wanted him to be running from something and to have nowhere to run to, for the natural world around him to be the only thing that he understood and knew.  It was only when I decided that he was a Roma boy that I began to research Romany past and present which led me to WWII.   We are well aware of the Jewish persecution during that time, but between a half and one and a half million Romani lives were lost by 1945 and the Nazi genocide of the gypsies was only officially acknowledged in 1982.

Certainly they were the forgotten people and I think as soon as I found this information out I knew that this was what I wanted to write about.  A subject that is still very relevant today.

As a whole though, Jakob’s Colours, is about a family buffeted in the storm of world around them.  I wanted to explore the microcosm of war through their individual experiences, how it effects everyone, no matter the background, no matter the part played.  We live in a world where we can very much begin in one place, and end in a very different one.  We stray very much from the path we imagine is laid out before us.  I wanted to explore how easily the life we are living can be destroyed, how we have to begin again and again, and how human beings have this extraordinary capacity to bear the unbearable, to still find hope against no hope.

We see the brutality of war through the innocent eyes of a young boy – do you think this contrast between brutality and innocence allowed you to explore and portray the horror of war more effectively?

Yes I do.  I think with a child any reality is possible, which means their ability to find solace in things is matched by their imagination.  Their inner world is powerful. Certainly it is what can save them in the bleakest hours. They also live in an immediate world, a very present one, and in times of great grief that can be the only place to find solace. The past is too painful to remember, the future too fear-filled.

I wanted to approach each scene from a very human place, to explore in the writing if a moment of brutality could be overridden with the love of the people that surrounded it. I wanted that to be what you were left with.  Children hold their emotions very closely to the surface, are raw and transparent with them, and through their eyes we can see more than simply the horrors of a scene.  We can see the love that endures, from parent to child, child to parent, sibling to sibling. 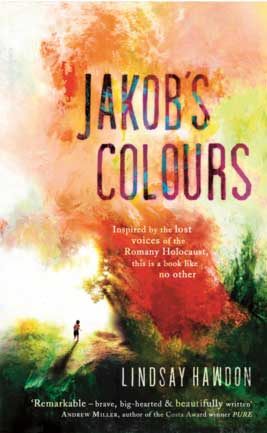 Why do you think the story of the Gypsy holocaust is not so well told as other aspects of the war?

I think because they come from an aural background, so traditionally they do not write stories down, but tell them.  Most historical accounts of Roma past is written by outsiders.  And also I think that for Romany people WWI and WWII were just two moments in time when they had to face persecution, no more no less that anything they had faced before.  Afterwards they had no time to linger on the atrocities that had taken place, to pause and claim justice, they were too busy surviving the next wave of persecution that came their way.

What do you think the use of the local language brings to the novel? Do you speak a little yourself?

I don’t speak Roma.  I found bits here and there and sometimes it was quite hard to find a translation for what I wanted to say.  But I think it’s a beautiful language and I wanted to set it with the prose like a poem, a mantra that this small boy could take with him.

Do you think your past experience of travel writing really helped your ability to immerse yourself in your story.

Certainly I think travel writing means you train your eye to capture detail.  You are a spectator, invited in to witness someone else’s way of life, to watch it fleetingly from the ringside.  And I am always looking for a story, a small moment in time, that has to then unravel in a way that the reader will want to read on. In journalism you have to capture someone in the first line, keep them reading, before they flick onto the column beside yours.  So I hope that made me keep up an immediacy for the tale in hand.

What I love about writing a novel is the freedom to explore.  There are no constraints, just this vast blank page, the prospect of filling it both terrifying and thrilling.

With many thanks to Lindsay for taking the time out to talk about some difficult subjects and how she came to write about them in such a heartbreaking story.