Libraries are wonderful places. Normally. In this novel, you will be rather afraid of one. You might never see a library in the same way again (cue evil laugh). Allow the author to tell you more: 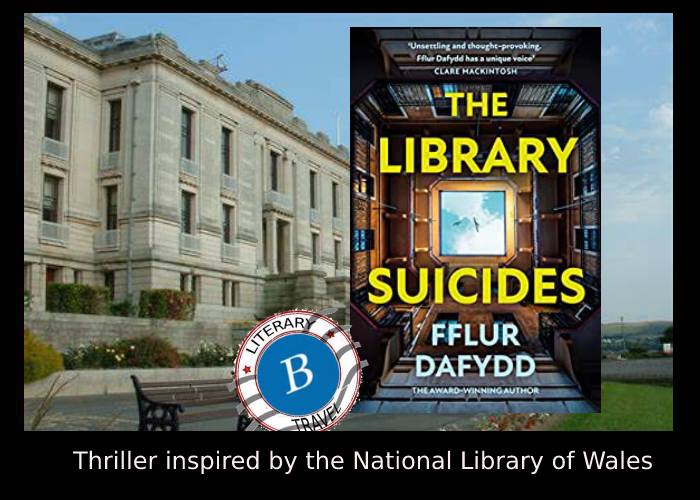 For me, The National Library of Wales has always been a place of mystery and wonder. While a student at Aberystwyth, I heard older students whispering in the halls of my student residence about the ‘Nash’ (Y Gen, in Welsh), where you could request any book published in Britain and have it brought to your desk

And this building was reputedly only a short walk away – in fact, it was the building ‘next door’ to our halls, everyone said, yet I couldn’t see anything when I looked out from my student bedroom window, only a mass of shrubbery, and I imagined it as being some tiny little, dusty ruin, a secret of sorts among the most diligent students. But one evening I caught a glimpse of it in the most unusual way, dangling upside down from a fairground ride-gone-wrong, when a ride called ‘the ride of your life’ broke down mid-ride, leaving us fair goers suspended 25 feet above the ground.

The only bonus was that I could suddenly see the whole town, in all its glory, and while the fair goers around me panicked, I shouted out – “there it is! The National Library! Wow!” I had suddenly seen, albeit topsy-turvy, what all the fuss was about – this majestic building above the town, its commanding structure and impressive grounds looked like a kingdom, and I later learned that due to it’s classical style architecture, and its prominent hillside position, it was sometimes referred to as “The Welsh Parthenon”.

When I eventually visited it properly, and viewed it from an upright position, I discovered that it’s interior was indeed, positively regal, a red carpet welcoming you as you entered. Even someone like me, with my falling-apart-pink-Adidas-vintage trainers, was treated with decorum, as if I mattered. And all I had to do to matter was be a reader, as simple as that. I was given a day ticket and the library’s procedures were explained to me by a kindly librarian – I could hand in my request at the desk and the book would be brought to me.

As I waited for my books to be delivered, I listened to the calibre of the silence, which seemed denser than any other I’d ever experienced – it had a velvety texture to it which seemed to envelop you and make every reader attuned to its importance. We were all meant to collude in the silence. I got the feeling that we were in this together.

When I visited again a few years later, during my very short-lived-stint as a kids TV presenter (the clip of which can still be viewed online) – I connected with a building on a deeper level. This time, on the hunt for the White Book of Rhydderch, (one of the most notable and celebrated surviving manucripts in Welsh) I was allowed access to the subterranean corridors of the library, and discovered that hidden in the bowels of this grandiose building, there were layers upon layers of mysteries and activities to be discovered.

Some of our oldest treasures were being guarded safely in vaults that had elaborate safety systems, archivists were at work in bringing secretive documents back to life, librarians were fixing old manuscripts,  and art works worth thousands were being hidden away until they could be exhibited. It was a place of wonder, of excitement. But there was something perilous too, in having so many valuable things under one roof. What if the place went up in flames (and part of it did, when I was writing the screenplay of the novel – https://www.bbc.co.uk/news/uk-wales-22312017) – what if someone came to steal it all away, leaving us with nothing? Would those who had ignored the building, never visited it, who had taken it for granted, realise what they had lost, that could never been regained? 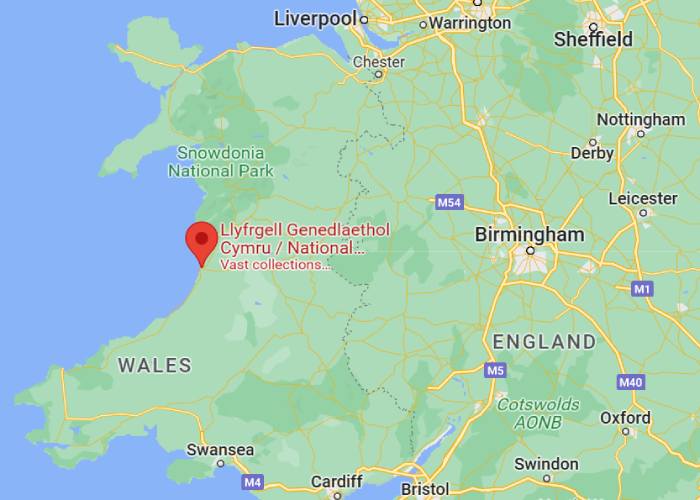 I felt I had been let in on a secret somehow by seeing this ‘other side’ of the building, and it was a secret I wanted urgently to share, and to make people aware that this was our nation’s treasure trove, which needed to be protected above all else. But how to draw attention to a place that almost doesn’t want to draw attention to itself? Where its staff are so good at their job precisely because they don’t seek out the attention for themselves, they just get on with the job.

How does one shout from the rooftops about a place that is all about stillness, and silence? I became fascinated with the notion that two porters needed to be on duty all night, every night, for security. What did one do all night in such a place? Did they read the books? Look at the paintings in the basement no one else saw? How would they deal with a crime if it were to occur?

Mulling over these questions, an idea started to form. Of making the silent librarians visible. Threatening, even. Of making the porters accountable for those things which they guarded daily, nightly. Placing the unassuming readers under threat. Making the building a place of intrigue. Of power. Of danger.

A place that could not be ignored any longer, that everyone would be determined to explore for themselves.

Oh wow! Thank you Fflur! A little scared to go inside a library with you now though haha