Homage to Hull – Louise Beech – Maria in the Moon

Today Louise Beech talks about the city of Hull, setting of Maria in the Moon. It’s a special setting for her in many ways – she has a special affinity to the city and was sad to see it flooded in 2007. Some called it The Forgotten City and others don’t seem to notice it, but Hull’s culture and strength comes out loud and clear in Maria in the Moon – it’s a book close to her heart and a book with plenty of heart itself. 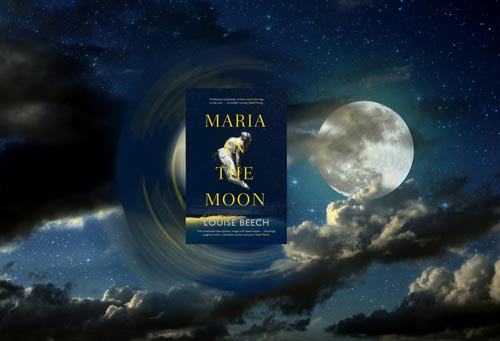 BookTrail Maria in the Moon

Louise, over to you:

Aside from the fact that Hull is my home, has always been my home (at least its outskirts anyway, as I’m a ‘village’ girl), I was very saddened by the fact that during the 2007 floods it was called the ‘forgotten city.’ 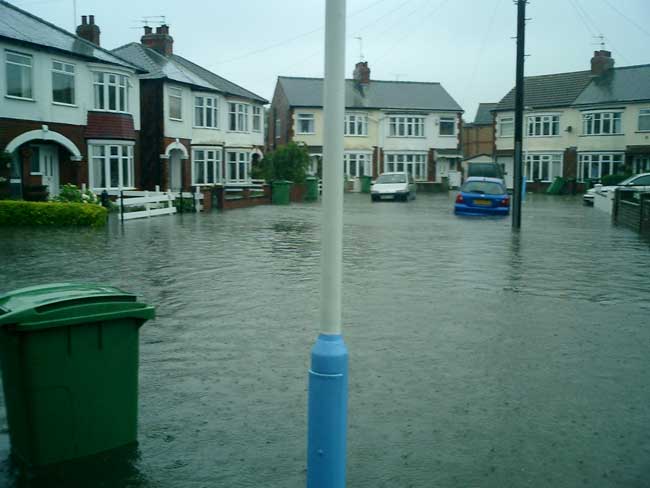 We were hit – hard. 35,000 people were affected by the downpour of rain on 25th June 2007, and more than 10,000 homes were evacuated. Nearly every one of the city’s ninety-eight schools was damaged, and a young man even lost his life in very sad circumstances. Many families lived in caravans for more than a year, and some businesses never recovered.

Coining Hull ‘the forgotten city’, the council’s leader, Carl Minns, pointed out that ‘if this was Chelsea or Fulham, it would have been plastered over the front pages for weeks’. There seemed to be a stark contrast in the way the floods that affected more affluent parts of Britain were reported. ‘When there was flooding down south, we saw people on the news in six inches deep of water, and it made headlines,’ he said. ‘We thought, wait a minute, we’ve had it to the waist.’ 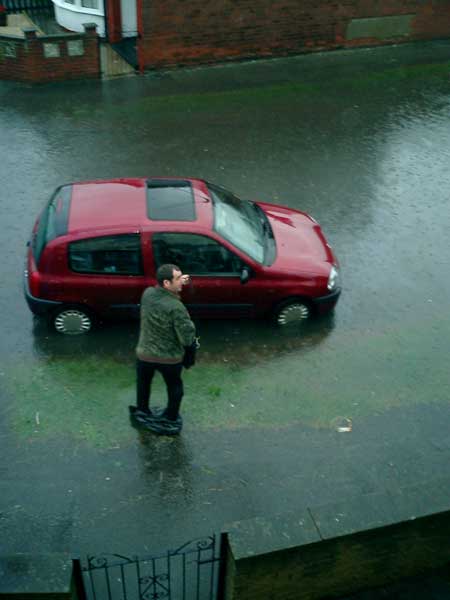 Hull has often been called a city ‘at the end of the line.’ We’re right on the east coast, our trains terminate here. There is nowhere else to go. But stop here. Look around. See the pretty marina, the old town, the Maritime Museum, the Deep. Even before we were named the City of Culture 2017, we have charm, grit, and plenty of history.

Just as during the war when we were the second most bombed city in the UK, the people in East Yorkshire came together during the floods. With or without extra government help, we got on with things. We shared bricks to raise our furniture out of the water, we donated to those who had no insurance to replace their things, and we helped one another with the clean-up.

My family had to abandon our home for seven months. We were quite lucky – this was relatively short, and we managed to secure a rented place nearby. And it was in this house, to the sound of hammering and drilling, that I started Maria in the Moon. 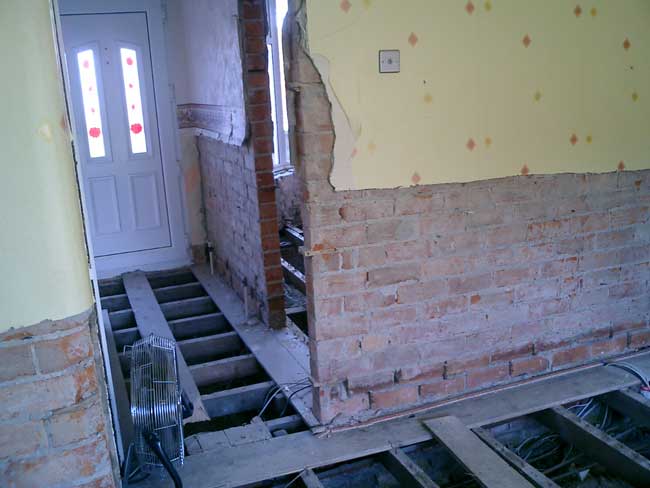 The clean up (c) Louise Beech

I knew this city would be the backdrop. She (I think of Hull as a she for some reason) was the underdog, just like main character Catherine-Maria. However, she was fighter in the same way. Gritty, angry, and raw. Following the floods, Catherine volunteers at Flood Crisis. This was inspired by my time at the Samaritans in Hull.
Writing the book helped me make sense of all that had happened. It helped me get through long days waiting to hear if floors had been fixed or walls were dry. It was also the best tribute I can think of to the bravery of the Hull and East Yorkshire folk in the summer of  2007.

Thank you so much Louise for sharing such a personal story! x