Death in Provence by Serena Kent

Serena Kent is the nom de plume of Deborah Lawrenson and her husband Robert Rees. “Serena” is all that remains of a Rees-Lawrenson anagram. They live in Kent, and in a crumbling hamlet in the Luberon. They come to the BookTrail to talk about Death…but it is in Provence…. 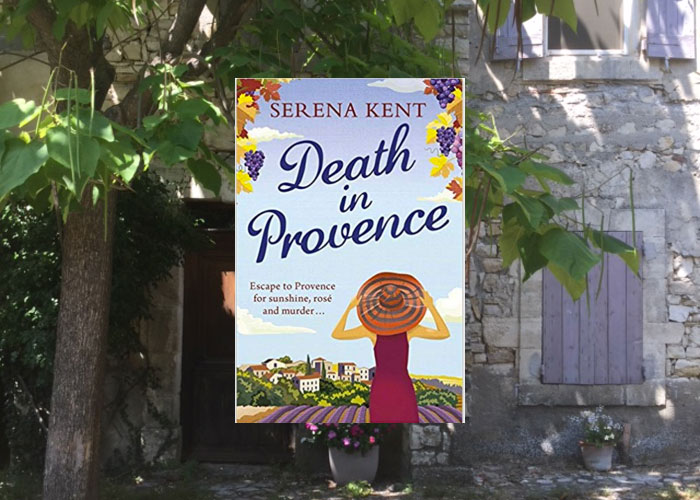 Why did you team up with your husband?

The book began as a joke a few summers back. I love reading detective fiction in a shady spot in the garden in Provence. As August gets hotter and more slumberous, the lighter and sillier the better. One evening over a glass of rosé, we were discussing what we’d like to do with our hillside garden and were soon fantasising about cypress trees, new stone terracing and planting schemes involving lavender and olives.

It dawned on us that if the house was already an expense (it sucks in cash to little visible effect), then the garden could be a money pit of equal insatiability. So we chatted about how we might build up a Garden Fund, and came up with the idea of writing a fun mystery novel. We thought we’d put it out on Amazon ourselves, and buy cypress trees with anything it earned.

When we’d finished it, I contacted my literary agents out of courtesy to tell them what we planned to do. ‘Hold up,’ they said. ‘Let’s have a look first.’ We did, and miraculously, they all loved the premise, proceeded to make us do a lot more work on it, and we ended up with a handsome two-book deal in the UK and the USA. We have yet to buy anything for the garden, as we’ve been too busy writing the second book, but it is going to look fabulous! 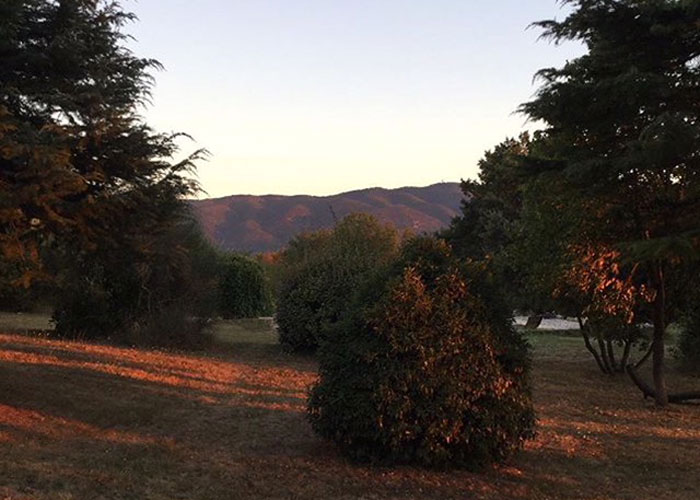 What’s it like working together and how did it work day to day/chapter by chapter?

It started off great fun. With no pressure we each wrote separate parts and we discussed how to stitch them together. As the book progressed, we had more discussions about the plot was evolving and how to solve the difficulties. We have different roles, according to skill and natural inclination.

Rob writes brilliant pantomimes – words and music – for our village in Kent and has a real talent for inventing characters and writing appealing dialogue but he’s not very good on detail. I’m more serious about wordsmithing and have more experience of writing novels, so after my own writing contribution, I did the editing and the bringing together of all the strands. Naturally, I think I’m in charge! Which does (I’m going to be honest, here) lead to some spats, as we are both stubborn as mules. But it’s great to have someone else alongside to drill down into the plot minutiae and offer insights that I hadn’t seen. 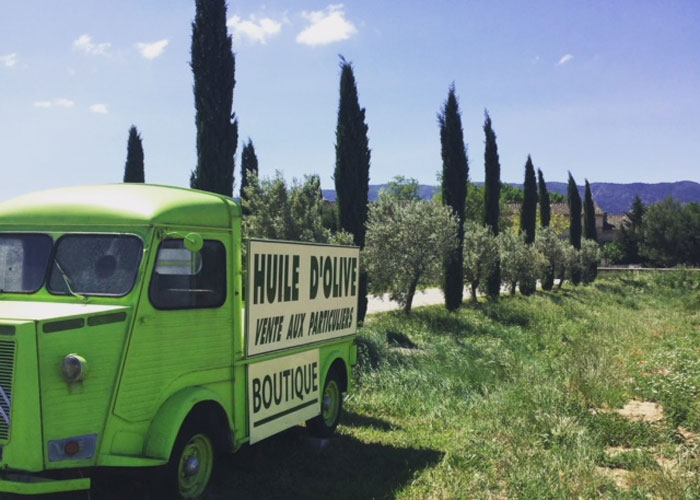 Tell us more about the location. How did you research the places?

The Luberon is a sunny landscape of vineyards and orchards, above which rises a wooded massif like a rippled curtain that dominates the south of the main valley. There are perched hill-top villages, dating back a thousand years or more, the most well-known of which are Gordes, Roussillon, Bonnieux, Lacoste and Ménerbes. The ambiance is laid-back but lively in the summer with nightly concerts, art shows, outdoor theatre, and great restaurants with an emphasis on the fabulous local produce. 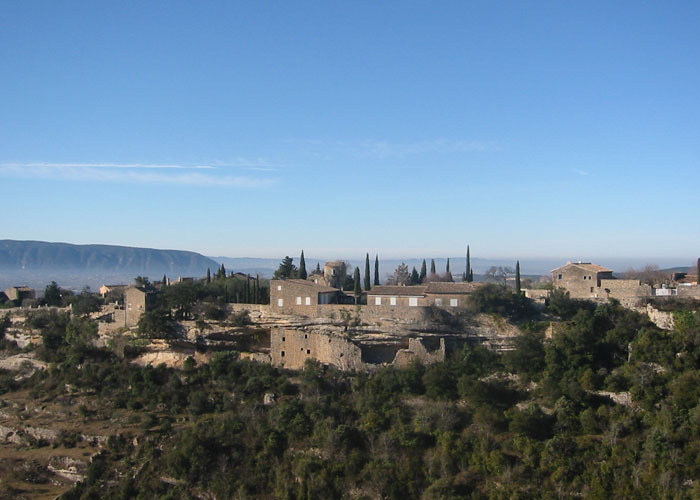 Rob’s family owned a house in the region from the early 70s to the late 80s. I first visited The Luberon as his girlfriend after we’d graduated from university, and fell as much in love with the light and the colour and the landscape as all the Reeses were.

In 2007, we were in a position to buy a ramshackle old farming hamlet on the slopes of the Luberon hills and we have proceeded slowly to restore and extend it. The property has breath-taking views over the valley, similar but not identical to the views Penelope Kite enjoys in fictional St Merlot. 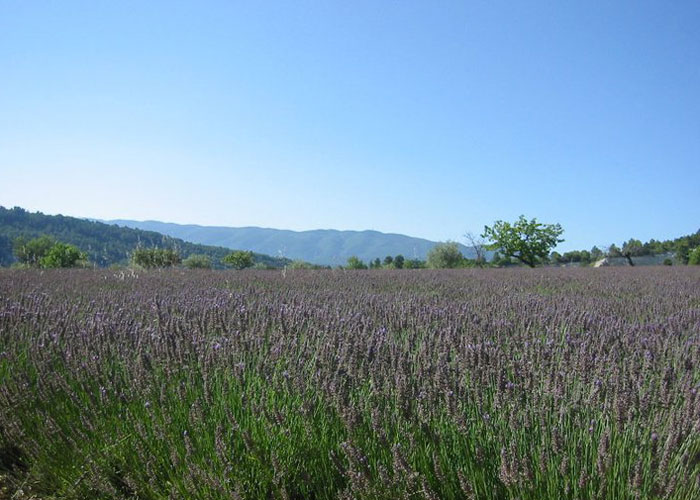 How do you evoke the landscape in your novel?

I’m definitely a visual person, and when I write I can see scenes very clearly as if I’m watching a film. I try to bring that to the words on the page so that the reader can imagine it vividly, too. Recently someone, very kindly – and perceptively – told me that when I evoke a sense of place, which is an important element in all my novels, it might more accurately be termed “senses” of place. That’s what I try to do: to write sensuously. I want the narrative to convey not only the sights but the smells and the sounds and the feel of the story’s setting. I think it’s the small details that allow readers to become immersed in a place, not every reader to the same evocation, but each will find something that allows that reaction. 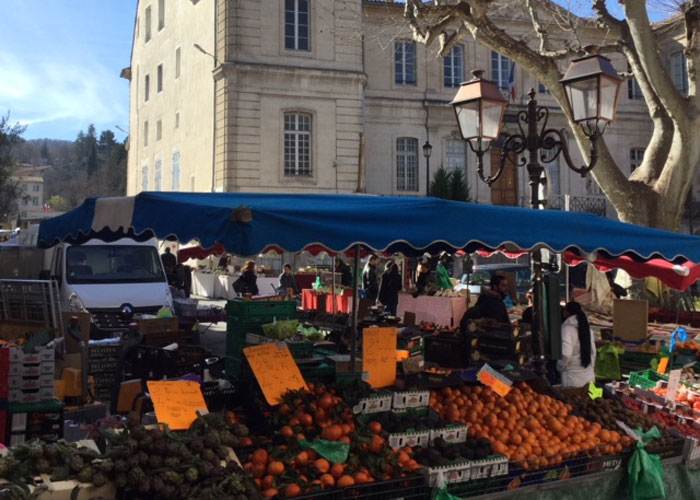 Where should literary tourists head to in order to experience your novel?

Apt is the market town of the region, with Roman origins visible in the amphitheatre under its medieval centre. On Saturday mornings, it has a huge market that has taken place in the narrow street and squares every week for 800 years. The ultimate Provençal market, full of the scents of lavender products and Savon de Marseille, goats’ cheeses, olives, tapenades, spit-roasting chickens, linens, tablecloths, pottery and magnificent displays of seasonal fruit and vegetables.

Saignon overlooks Apt from a fortress-like cliff. It has a gorgeous main street that looks like a set from a 1950s French film, and some sweet little restaurants.

Gordes is the queen of the Luberon perched villages, and often described as one of the most beautiful in France. In summer, it’s home to holidaying French politicans, showbusiness stars and Paris Match photographers. Nearly is the Abbaye de Senanque, the monastery that features on a hundred postcards, with its iconic rows of lavender up to the door and all around.

Bonnieux and Lacoste face each other from separate hills, sacred and profane: Bonnieux with its churches, the largest on the summit, another at the foot of the village; Lacoste with its ruined castle, once the home of the notorious Marquis de Sade, now owned by Paris designer Pierre Cardin, who stages operas there during festival time in the summer.

Thank you Deborah for a fascinating journey to  Provence!