Two books for the price of one in today’s Authorsonlocation. From a writer who transports her readers to Cape Town in her first two novels of a trilogy. So, read these and the final third is still to look forward to… 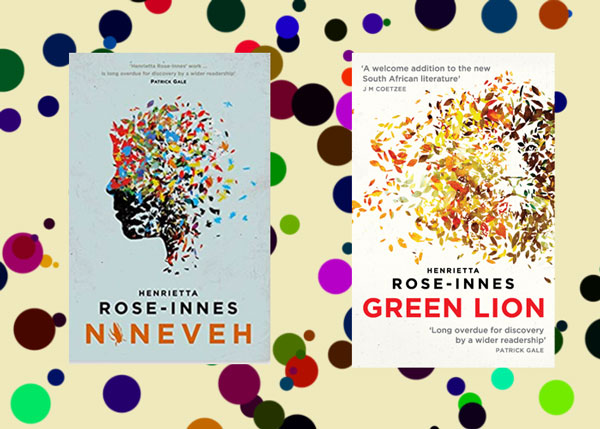 Nineveh and Green Lion are the first two in a loose trilogy of novels that explore human relationships with the non-human world. In Nineveh, we follow a “humane pest-removal expert”, Katya, as she confronts a mysterious insect invasion in a luxury housing complex; while Green Lion is about a zookeeper obsessed with the last surviving Cape black-maned lioness. Both books are set in Cape Town – my home town and the backdrop to all my writing; but it’s a slightly “other” city, a few degrees away from the real. The time-line and geography are a little shifted, adding I hope to the unsettling, heightened-reality feel I’m trying for. Location is important in these books: apart from being the place I know best, Cape Town is also uniquely suited to a tale of the human and the natural encroaching on each other. The city bleeds into wilderness along its edges – its built against the famous Table Mountain, between two wild oceans. Add to that Cape Town’s complex history and social makeup, and one can’t help but be aware of its grey areas and ambiguous spaces where ecosystems and communities overlap. 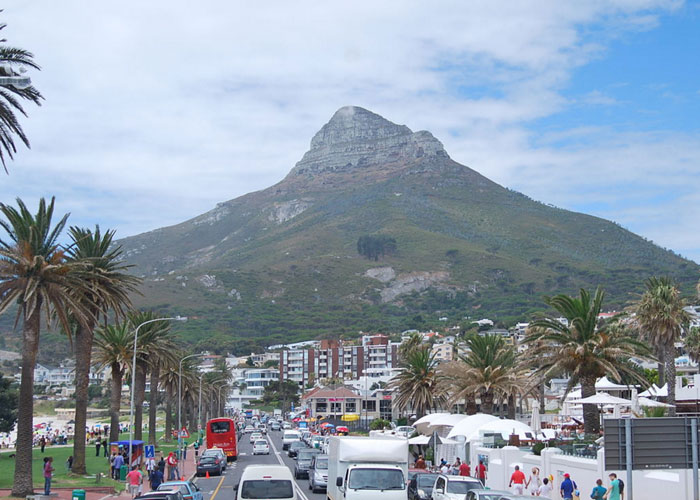 What about your research?

I’m not a particularly studious or directed researcher. I read widely, but I use what I find more as a spur to invention than as a factual basis.  A lot of people ask me where I learnt about pest extermination, for example … and I have to tell them I entirely invented those bits in Nineveh, and can be of no help to them with their wasp-nest or wood-borer problems. That said, I’m a stickler about odd little things; the insects in Nineveh are imaginary, but I took pains to make their Latin name taxonomically correct. 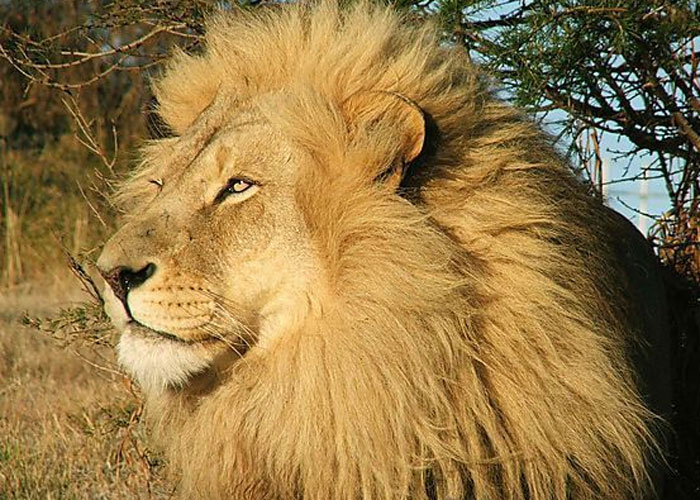 When I’m casting about for ideas, I do a lot of image scouting, going wherever the whim takes me. For Green Lion, I started looking at lion figures in ancient art and myth; this led me down winding paths to St Jerome, taxidermy, Assyria, alchemy…  the title is a term from medieval alchemy, which I came to purely because a pretty engraving of a lion in a mystical treatise caught my eye. You don’t end up using all the material you unearth, but random discoveries can end up being unexpectedly key.

In the perilous Anthropocene, with extinctions rampant and ecosystems degrading and transforming around us, it’s more important than ever to consider how we co-exist with our non-human companions on this earth. In these two books, I try to engage with two sides of this dilemma. Nineveh explores how we come to terms with unexpected and sometimes undesirable animal neighbours in urban spaces. Green Lion, a sadder book, contemplates how, with species loss, we are making ourselves lonelier on the planet, even as our culture seems to cherish the idea of “wildlife”. 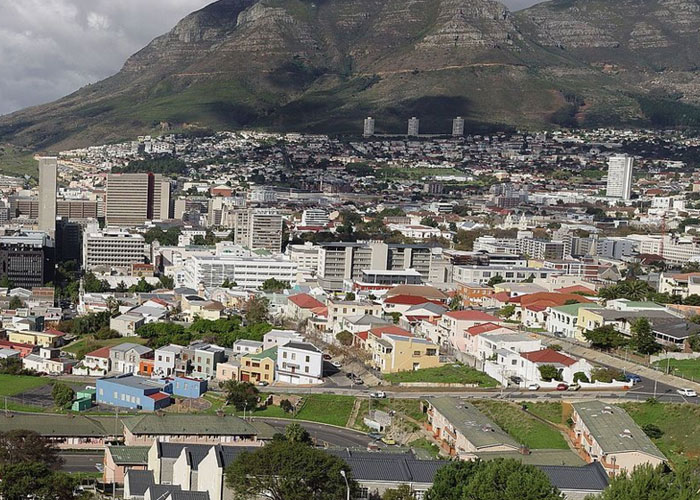 Every book creates its own sensory landscape; I think some writers are more attuned to certain senses as well. I’ve always thought of myself as a very visual writer, and Nineveh is full of lush images of glinting beetles. It’s a book, in part, about architecture and the built environment, and the visual contrast between the smooth, high, white walls of the luxury estate and the colourful, teeming, chaotic insects was important. With Green Lion, I was trying to tap into the sense-world of a big predator: there’s a lot of earthy description of odour. My new novel, which is about the plant world, has some interesting (biotoxic) taste sensations running through it. I’ll have to do a touchy-feely book next.

Lions don’t purr! I was shocked. Apparently if you’re in the cat family you can either purr or roar, never both. It’s got something to do with the the structure of the larynx. I had to ditch several heartstoppingly beautiful scenes in Green Lion as a result. 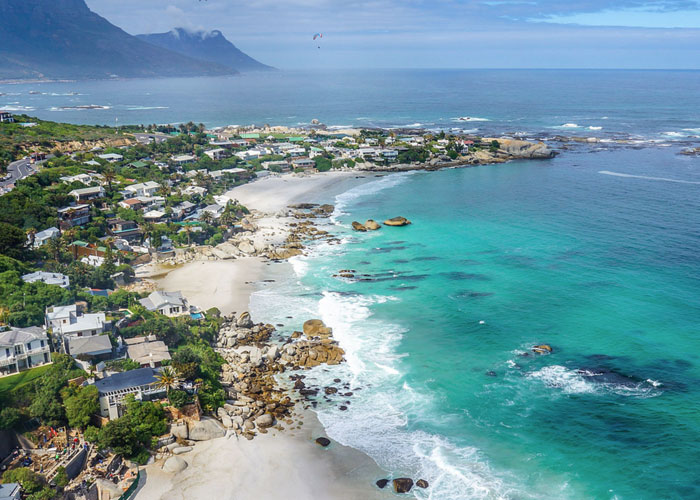 Tips about visiting the locations in your novel

If you climb Table Mountain, make sure you have all the sensible stuff with you – good shoes, water, sunscreen, phone. Also hike in a group, for security. If you go to Rhodes Memorial, be sure to check out the statue of Cecil John Rhodes – the old robber baron looks sadder than ever with his nose rudely lopped off during recent student upheavals, leaving a shiny triangle of raw metal in its place. At Kirstenbosch Gardens, stroll up to see the crystal-clear spring called Colonel Bird’s Bath – and imagine a little girl called Henrietta catching tadpoles in the stream, a long time ago.

Did you visit them to research this book?

I’m pretty familiar with the places I’ve mentioned, and often visit them anyway. They’re not exactly as they are in reality – all of these locations are given a little weird-making twist in the books. For example, in Green Lion the whole mountain has been fenced off from the public, which is not the case in reality. There was no housing estate built on the Noordhoek wetlands when I started writing Nineveh, although disconcertingly there is now. So you might say I also visited dream versions of these places, in a dream city of my own. 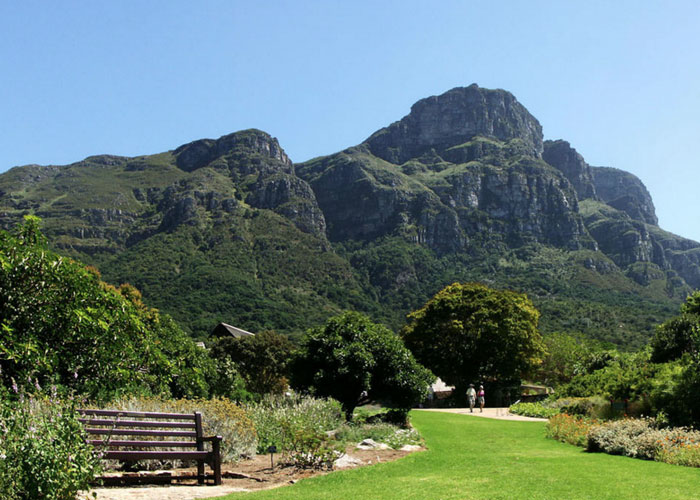 What are you writing next?

I’m completing the third book in the trilogy, Stone Plant. This follows the manoeuvrings of a group of people connected to a patch of urban wasteland in a city much like Cape Town. There’s an ancient and powerful plant in the picture, too, with its own claim to the space … in part, it’s looking at how the slow cycles of the plant world mesh with human lives. I think it’s a hopeful book – ultimately, life continues, and old roots grow new shoots, irrepressible.

Where do you write? Eat and drink and listen to music when you work?

I have a desk but to be honest I am more frequently on the couch or armchair. The chair’s inherited, and it’s where I spent a great deal of time reading when I was a kid. The upholstery hasn’t changed, and I still read and write in the same position – slung sideways with my feet dangling over the side. I like silence when I write. I find it difficult to concentrate with several stimuli coming at me at once – including strong wafts of nostalgia off the armchair.

What can you see from your window?

Right at this moment, rain clouds rolling in, which is an extremely welcome sight. Cape Town is currently suffering the worst drought in 100 years. We’re all on severe water rations, and I recently installed rain barrels, so these clouds are looking delicious. My house is up against the mountain, and on many mornings I see wildlife roaming through – guinea fowl, hadeda ibises and sometimes baboons, who you have to keep a close eye on in case they turn your kitchen into an all-you-can-eat buffet. 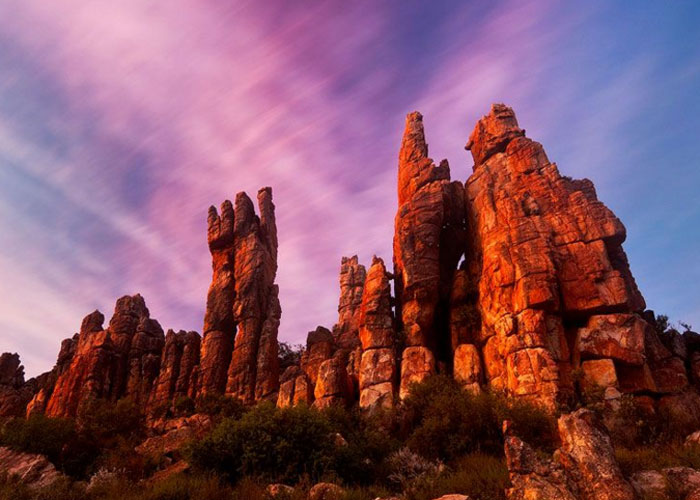 I love the Cederberg mountains, north-west of Cape Town – a starkly beautiful wilderness only a couple of hours’ drive away. The mountains are especially known for their contorted rock formations, and the fine stone-age rock paintings scattered across them. There is no water sweeter than you find in a high Cederberg mountain pool – brandy-brown from the tannins in the fynbos vegetation.

Best thing about being at home

I’ve recently returned home from the UK, so I’m appreciating all sorts of things anew. With a new president taking office, it feels like a cautiously hopeful moment for South Africa, politically – which is a nice change from the current tone of global politics.

Also, mysteriously, they don’t really make proper seedloaf bread anywhere else in the world, so at the moment I’m very happy about my sandwich situation.

And on that sandwich situation, it’s a good time to leave Cape Town…for now…and once the sandwiches are consumed and the third book is released…there will be more bites of Cape Town literary goodness to enjoy

Until then..books one and two await…