Antti Toumainen has left Helsinki in his latest novel as he wanted to explore the often darker and more rural kind of crime. Where does he go to? The small seaside town of his childhood. Where memories and murder live side by side….

The Land of My Dreams – Or Not 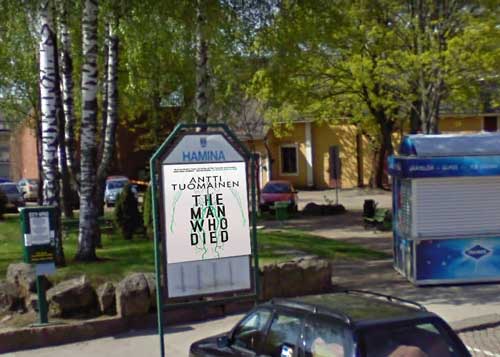 BookTrail The Man Who Died here

I had a problem. Admittedly, I had several, but one of the more pressing ones was a problem of location. I had just started to write a new novel that was to become my latest book in English THE MAN WHO DIED and I was, among other changes I was going through as a writer, at a geographical turning point.

By then, I had written five novels in which Helsinki – the capital of Finland and my beloved home city where I have lived all my life – had been one of the characters. With the new novel, however, I had taken a huge turn style-wise and even slightly genre-wise. My five previous novels had all been very dark books ranging from the icy North of The Mine to the dystopia of The Healer and I honestly felt I had given all I had in that particular direction, at least for the time being. (You never know about the future. I might decide tomorrow that I’m going to write something that is darker than all those five books combined.) With just about everything else changing, I quickly realized I had to get out of Helsinki, too.

The solution: the long, golden summers of childhood. As a boy, I spent my summers in Hamina, a small town about 150 miles east from Helsinki, on the Baltic Sea seashore. For a boy, this small, old town laid out in a geometric circle – the center streets and roads all run in circles – was a wonderful place to spark the imagination. It had the old buildings and pebble stone streets and fortresses; the sunny, busy mornings at the market place where they sold everything from herrings to strawberries and the air was thick with the smell of meat pies and fresh bread. It had the sea everywhere with all its peninsulas, bays, beaches and shorelines. And best of all, it had the archipelago.

BookTrail The Man Who Died here

The archipelago was magical. We rode wooden motorboats to the islands, spent days on the rugged, stunningly beautiful islands, sleeping in tents, swimming all day if it was warm enough. Also when it wasn’t. It was a place of adventure. The islands are still the most beautiful place in the world that I know. However, I must admit I haven’t been there in years. And, in hindsight, that place probably mostly exists in my imagination only.

But because my trade is imagination and to get back to the mainland, Hamina was the perfect setting for the kind of novel – a thriller and a black comedy – I was about to write: a small town that I knew intimately, even if mostly in an imagined version, in frames gilded by decades’ old memories. A small town where everyone knows everybody else and news travel fast and is quiet and where nothing bad ever happens. Except now, of course. 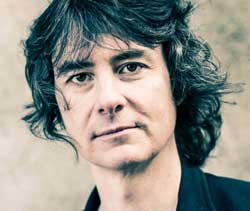 I enjoyed writing THE MAN WHO DIED. Writing is never easy but at times it can be more fun than at some other times. THE MAN WHO DIED was the most fun I’ve had in writing. Partly, I suspect, because I got to spend a little time in the Hamina of my dreams. Because fiction is a dream, and stories are dreams, I was able use my golden memories of long days of uninterrupted sunshine and the slowness of a small town, a universe all in itself.

Hamina, in real life, stands an hour and a half’s drive from Helsinki. Today, I suppose, it suffers from the typical problems of any town its size anywhere. Most of the old jobs have vanished, the port has closed, the paper mills are gone, the young people mostly move away. There is little in the way of new businesses and new horizons. But it is still very pretty in the summer, the market place teems with activity at least once a week and you can still get the excellent rye bread that’s been baked in the same way for decades. On those days, it is both a very real and picturesque place to visit, and it is – at least for the duration of writing that one novel – the land of my dreams.

Thanks Antti! A great insight into location