Authors in the wild in Hull

Authors in the wild  in Hull

A festival was held at the weekend  where authors, readers, bloggers and book lovers of all descriptions descended on the Royal Hotel Britannia for a weekend of literary goodness.  The start of the festive period was in full swing given the very impressive Christmas tree in the hotel Christmas reception and with the amount of books which Waterstones had piled on the tables there, it was Christmas in more ways than one. 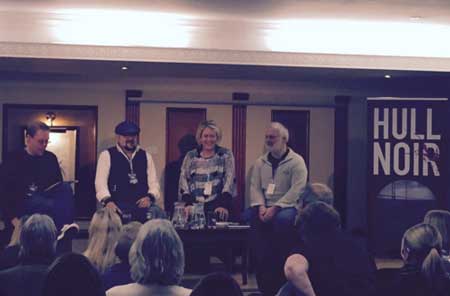 It was a fun and fantastic weekend. Highlights included:

It’s amazing what you find out on these panels. Both Hull and Iceland are linked to the sea by geography and history. Lilja for example knew of Hull from an early age as lots of Iceland seamen would travel over and they even knew the weather in Hull when she was only a little girl. They are linked even today and so a look at the two cities in this was was very apt.

Talk of locations soon turned to how these landscapes lend themselves to good fictional murders. Quentin Bates would prefer to run someone over or push someone off a cliff I believe was another option. Iceland especially has cliffs, mountains, a rough sea….David Mark stood up forHull ‘ Lots of good old buildings where you can hide a body or two’

Meanwhile Nick Quantrill, co organiser of the event lamented the fact that modern day Hull had not been portrayed on tv since the days of Only Fools and Horses. David Mark is in talks for his novels being on telly, but it’s a long, slow process he says. There’s always the famous Hull patties in the meantime however…Nick even took some lucky authors out to sample them…

Random fact: Lilja writes about drug smuggling in her new novel SNARE but in fact a cheese smuggler in real life  hehe 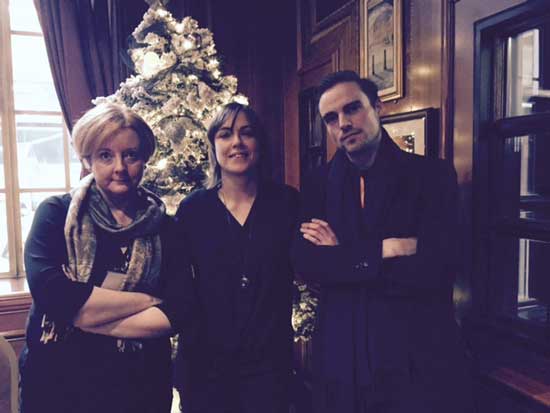 Location also came up in the  INTO THE DARKNESS : THE NEW NOIR  panel.

Emma Flint spoke of the many challenges of setting a novel in New York when she’s British. Google maps and photos helped a great deal but she didn’t want to see the city as it is now when writing. She also toyed with moving the setting to Newcastle but the story fell flat and since the story was based on a real life New York story, it was essential to keep it there, but the challenges of language and nuances were hard.

Joseth Know firmly sets his book in Manchester as this is the other character in the book apart from the human ones. Music of the time was a great way to link the setting and time. It’s gritty, dark and cold. Cathi Unsworth did booktrails as part of her research and Jake Arnott loves to walk around a place saying that you can’t see and feel London from the London Eye for example, you have to walk the streets as it were. Writers who know!

Random fact – Jake Arnott can’t really rely on his memory to write books set in his younger years so historical books are easier for him! 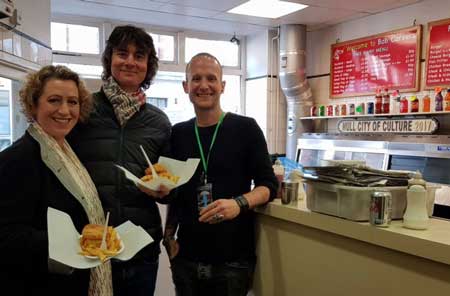 It’s amazing how panels can start one way and end up another. Matt Wesolowski was the token ‘ young man’ on the panel as ‘ he has a ponytail’ but he doesn’t actually like social media much and worries about the effects of it on his six year old son. The talk then went on to sailing and how to kill someone on a boat – with Rachel being the one who has used a cruise as a setting in her latest novel. Abir lamented the lack of poison in modern day murders….

To end the first day of a great event – the Queen of Crime herself Martina Cole came and had a chat with Barry Forshaw. Funny and inspiring is not the word! 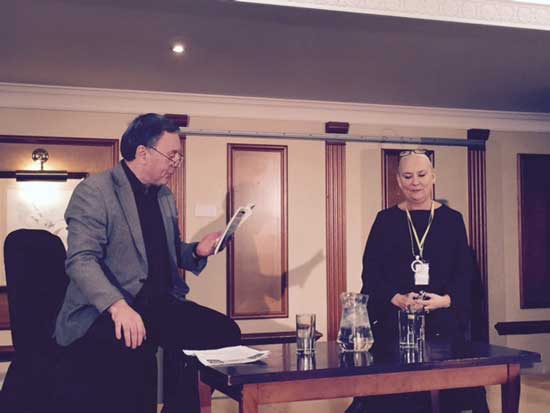 The panels were fantastic but it was the atmosphere and people there, not to mention the great organisation of the weekend which really made it. The foyer of the hotel was the informal bar and meeting area, with a nice Christmas tree and the comfiest sofas in the world. Huge pot plants often hid people so it was a bit surreal after having watched The Blue Planet just before heading down there….but the wildlife here was just as interesting and the people watching opportunities were golden! 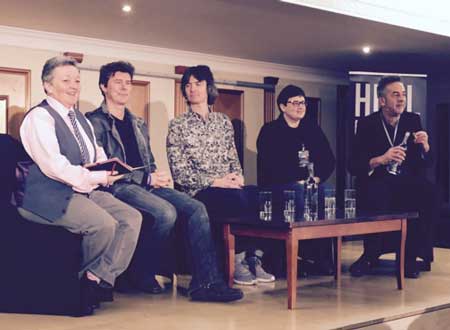 Some other random facts for you now:

Stav Sherez is fascinated by the journey into evil 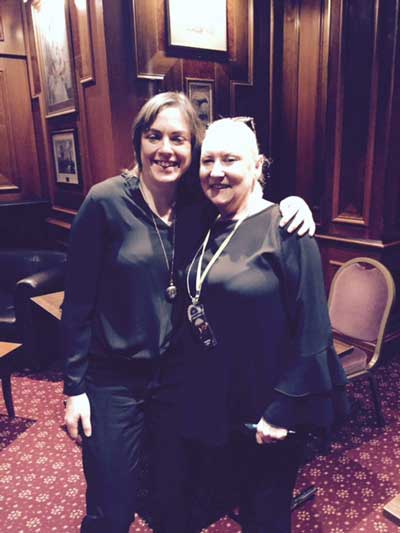 Martina Cole and me!

Sarah Ward invents locations to avoid problems but gets emails if her pub names etc are similar to real ones! She wrote of the Peak District in winter when in sunny Athens!

Don’t play Guess Who with Mark Billingham – male, female, with glasses? He has trouble seeing people in the audience

John Connolly dances like an ironing board (his words not mine)

CRIME FRICTION is now a new term to describe the b*stards and brawlers, the tensions and the trauma that gets swallowed, chewed and spat out in crime novels

Bring on next year? Iceland anyone?