You can’t deny this book has had some publicity. The author who is white has been accused of many things such as writing a story it wasn’t hers to tell. She’s not a Mexican immigrant and doesn’t speak Spanish but has written a story of what desperate people from Mexico do to try and reach the promised land of America.  Some people are angry, others claim that JK Rowling isn’t a wizard so should she not have written Harry Potter?

So, putting the controversy aside for one moment, what is the story she wants to tell? 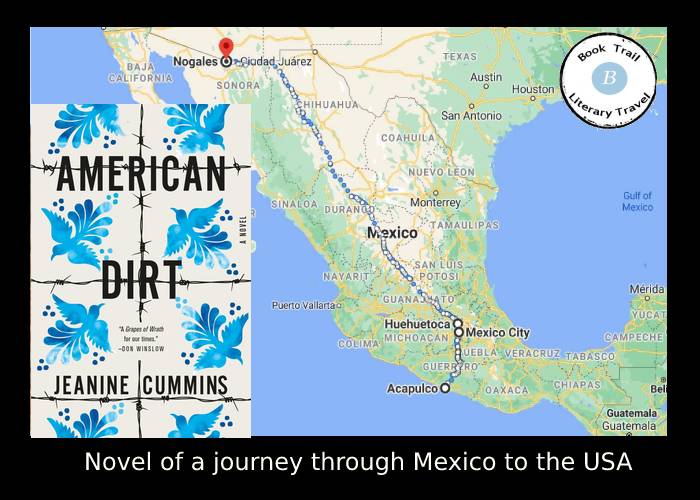 Setting: a desperate journey on La Bestia (Train of Death) across Mexico to America

I wanted to read this book for myself. It’s heart-breaking and heart wrenching. Graphic, raw and unflinching. If even 1% of this story is true, accurate or affects one real person, then it’s utterly shocking. We can all imagine the grief and desperation of what it must take to leave everything you’ve ever known and flee across a land where danger is everywhere.

The story tells of Lydia and her son. They flee their home in Acapulco when their entire family are gunned down by members of a drugs cartel. They have been targeted since her husband, a journalist, wrote a piece about the cartel’s activity. Lydia realises that the nice man who would come to the store to talk about books, was actually the leader of one drug cartel now after her blood.

That first chapter is one I will never forget. The author takes the reader on a journey and it’s a gory, dangerous one. How does a woman and child with little money and hardly any possessions and no ID papers get to America. Why would someone even try when there is danger of robbery, rape, torture or even death. They have to jump onto a train and cling on to it as it rubbles through the country, hide from the patrols, and pretend they are someone else. They are forced to beg, trust strangers and …pray. Desperation is on every page of this book. 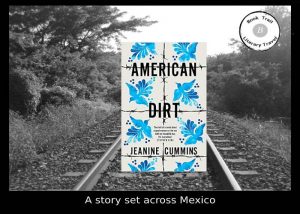 I can’t imagine what Lydia is going through. I’ve never walked in her shoes thank goodness. But I can see a little clearer by reading her story. This novel has made me want to read novels by those who HAVE walked in Lydia’s shoes and survived. Those who know the country, culture and language of those in the novel. This is a story that needs to be told dozens of times by all kinds of people until their voices are heard. The author admits she wanted to be a bridge for the story to get out into the world. She’s clearly done her research on the matter and do you know what? We have to cross that bridge and talk/read/listen to so many more voices on this subject.

I am now off to read a lot more on this subject. I read Spanish and so intend to read them in the original language as I did find the use of Spanish in the novel somewhat strange and want to read something more linguistically authentic. Language is more than words: it’s culture, heritage, pride and so much more.

The journey itself, the cruelty, the barbarity, the helplessness of those who risk their lives in order to live. The real reason to get angry here is the fact that human beings are capable of so much violence and barbarity. On the other hand, the courage and personal stories of those who attempt the journey depicted in the book has to make up the voice which is the loudest and which lingers the longest.

However this story got into the public consciousness, it’s important that this is just the start of it being heard.