Written in Blood – Simon Toyne’s guide to the TV show

There’s a fascinating TV show on CBS reality at the moment where best selling author Simon Toyne presents a programme all about crime writers and their novels.How these writers are influenced an affected by real life crimes which hit the headlines. Why are we so fascinated by crime fiction and true life tales? I tracked down Simon Toyne himself to find out: 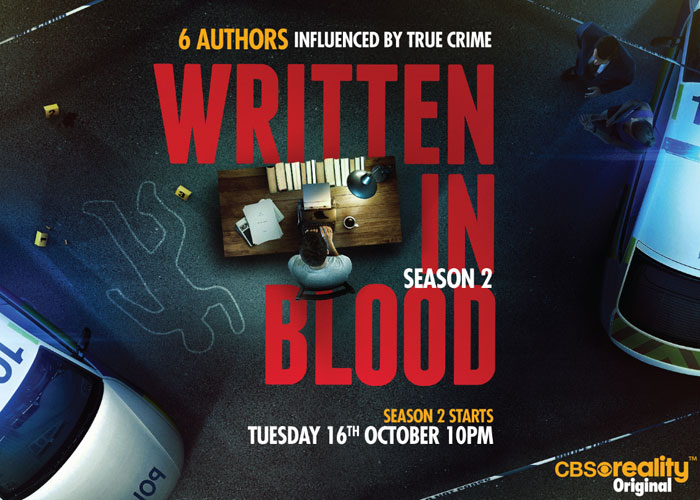 There’s not any other show which matches real life cases to books is there?

Not that I know of, and certainly not in the UK.

How did you start on this show?

By accident. Before I was a full-time writer I worked for almost twenty years in TV and a producer I’d worked with was developing true crime ideas and contacted me to pick my brains about how it might work because they knew I was now in that world. One thing led to another and they asked me to do a screen-test as a possible presenter and I ended up getting the job.

They do say truth is stranger than fiction. Have these programmes made you really believe that to be true?

Absolutely. There are so many cases, especially in the new series, that would sound way too far-fetched if you wrote them into a work of fiction. I think fiction has to work very hard be believable precisely because everyone knows it isn’t, whereas real life doesn’t have to try at all because it’s true. 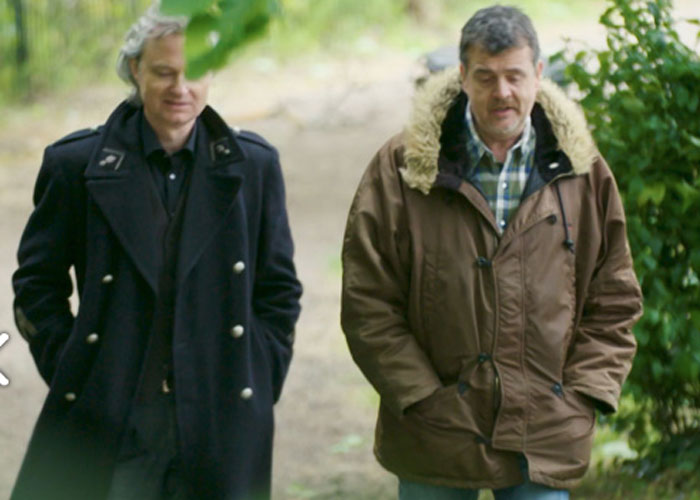 The one that really stands out from series one is the Mark Billingham episode about the so-called honour killing of Banaz Mahmod. It was the first episode we filmed and we did it ahead of the rest so we could try things out in it and cut the programme to see what worked. Mark is a friend of mine and I knew he’d be great, which he was, and the case was truly horrifying in that it dealt with the death of an innocent young girl at the hands of her own family. In the new series the one that really stands out is the Tess Gerritsen episode dealing with a dynasty of serial killers, again something you would be hard pushed to get away with in a work of fiction. 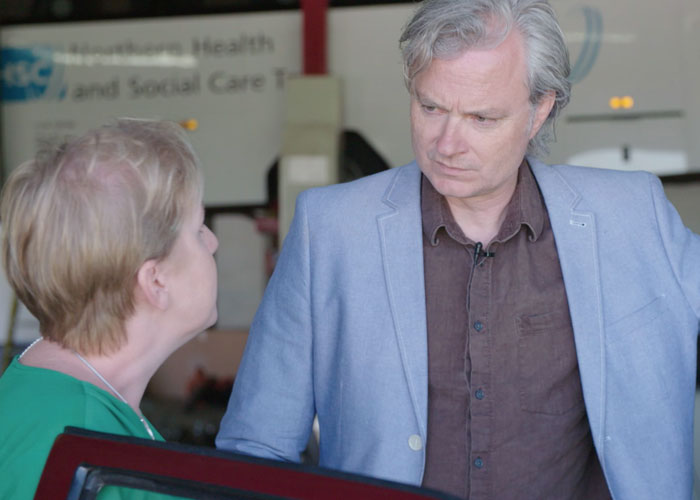 What does it feel like going to the actual places true crimes have been committed in?

There’s a real morbid fascination isn’t there? (crime books often do the best on the Booktrail!) But does it help to study and consider the crime better? In the show we try and really get under the skin of each crime and emotionally and psychologically connect with all aspects of it, so going to the places where the crimes took place is essential. It gives you something physical to anchor the story to. People often think that places carry a stain if something bad happened there but my experience of making this show makes me think that’s not true. For the new series we changed the format slightly so I went into the filming of each new episode knowing absolutely nothing about the case. As a result I often found myself in locations where terrible things had happened but, because I didn’t know that, they seemed like regular places to me – the air wasn’t colder, the birds continued to sing, and I didn’t feel like I was being watched. It was only when it was revealed to me what had happened there that the location took on another darker complexion, and that was all projection from me. 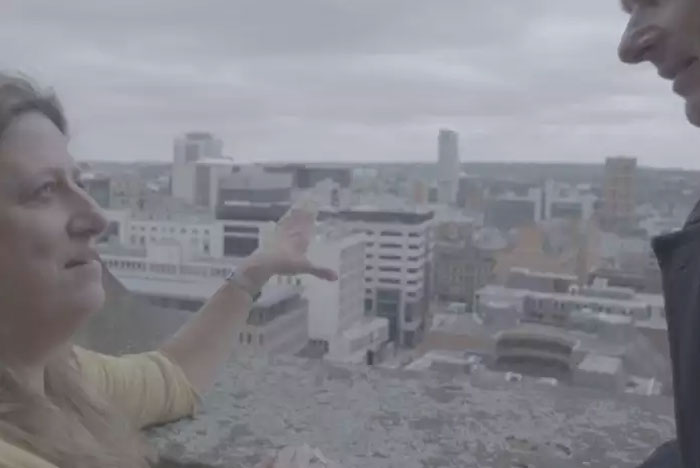 Any place which has affected you more than the others?

Series one, Liverpool, retracing the final steps of Jamie Bulger and realising he waked along busy, busy streets full of people and that no-one stepped in to save him.

How long does it take to film one episode?

I film a whole, fairly intense, day with each guest author then do another day of filmed research and various links on my own. The crew also spend another day or two filming the locations as well as half a day with the guest author doing their profile piece. Each episode probably takes 4-5 days to film and a month to edit. 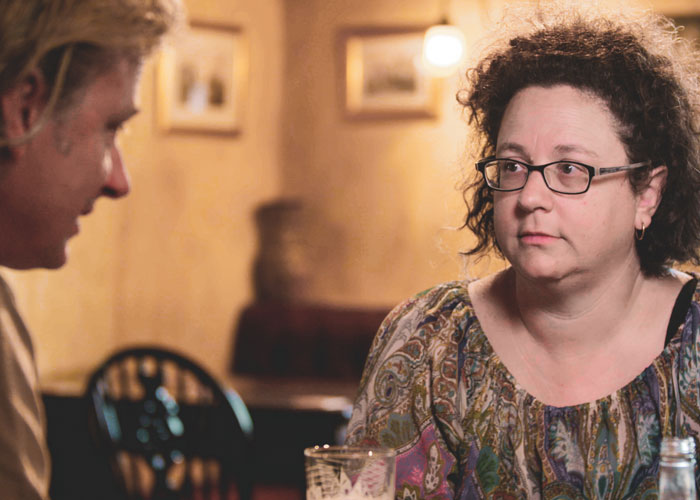 Visit any bookshops/pubs along the way?

It’s actually quite hard because the filming days are pretty full-on. In series one I managed to do an event in Leeds Waterstones with Elly Griffiths, which was nice. Quite a few pubs actually feature in the series for various reasons. In the Sophie Hannah episode the killer visited a pub, washed some blood from his hands and the DNA they got from this eventually convicted him so that was a key location for the story. 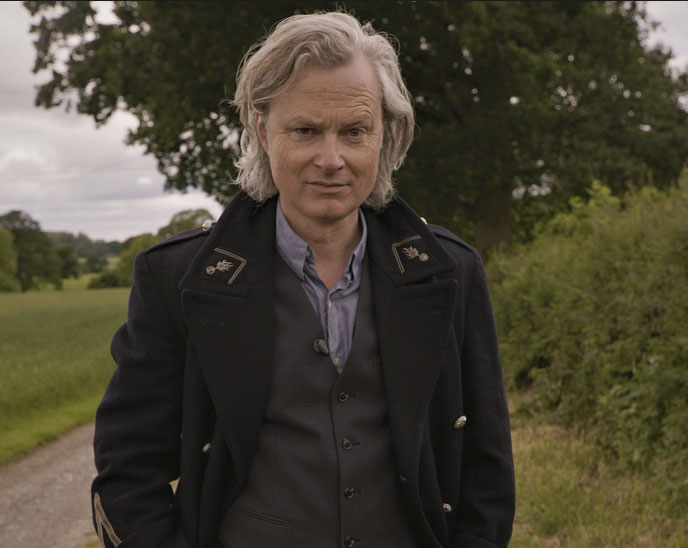 And finally – love the coat!

Ha! That coat is actually my real coat, it’s a vintage French military coat I picked up for 10 euros in a flea market. I wore it for my screen-test and am pretty sure I got the job mainly because of the coat, which is why I wore it a lot in series one. I have to say for series two it doesn’t really feature because we filmed through the, very hot, summer in places like Portland and Atlanta and I would have died if I wore it. Hope this doesn’t spoil your enjoyment.

Thank you so much Simon for talking about the show and the hard work that goes on behind the scenes. Looking forward to episode two and the next ones of course!