Whilst living in Toronto, I wanted to learn about the people who had helped make the city what it was. I love reading about the past and the history of a city’s culture and heritage and the book ‘Fifty tales of Toronto’ by Donald Jones kept me intrigued for many months as I discovered the city from its beginnings.

Kit’s story is one of inspiration and sheer determination, and when you remember that it was over 100 years ago, when the fate of women was very different to what it is today, it’s even more astonishing. 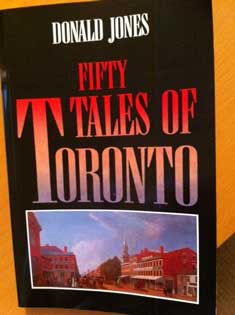 In 1898 an American battle ship, the Maine, was sunk off the coast of Cuba

Kit, who at the time was a columnist for the Toronto  Mail and Empire newspaper, immediately caught the train to Washington, forced her way into the office of the Secretary of State and asked to be allowed to sail with the US troops. Quite a show of determination but even when she was refused, she simply managed to get herself on a freighter bound for Havana.

Overnight she became an international news woman and quite a sensation. She was already a successful columnist  but this was something else!

This was no isolated incident in this remarkable womans life. In 1904, her famous spirit also came into force when  she was told no woman would attend the 1904 World fair in St Louis because there weren’t 12 professional women writers in Canada. Kit then produced 13 names and got them all press passes.

She then launched an association of all these women – The Canadian Woman Press Club, with Kit as President.

This story stood out for me since it is one of sheer determination to change things for the better and to not take no for an answer. It’s not just about a woman in a man’s world, it’s the story of one person who believed she could do something others told her wasn’t possible.

I try to learn something from every book I read and I think this tale is one which will stay with me. Kit Coleman was often in my mind, as I sat on the tram going to work along Queen Street, reading the Globe and Mail. She was one remarkable lady.

A lady who,  if I could go back in time, I would love to meet and shake her hand.