Novel set in Mozambique – Woman of the Ashes – Mia Couto

The first in a trilogy about the last emperor of southern Mozambique by one of Africa’s most important writers. We are immediately transported to southern Mozambique, 1894. Sergeant Germano de Melo is posted to the village of Nkokolani to oversee the Portuguese conquest of territory claimed by Ngungunyane.

Ngununyane is the last of the leaders of the state of Gaza, the second-largest empire led by an African….

Germano enlists Imani, a fifteen-year-old girl, to act as his interpreter.  One of her brothers fights for the Crown of Portugal, the other has chosen the African emperor. Standing astride two kingdoms, Imani is drawn to Germano, just as he is drawn to her.

A country torn apart by loyalties, war and history….. 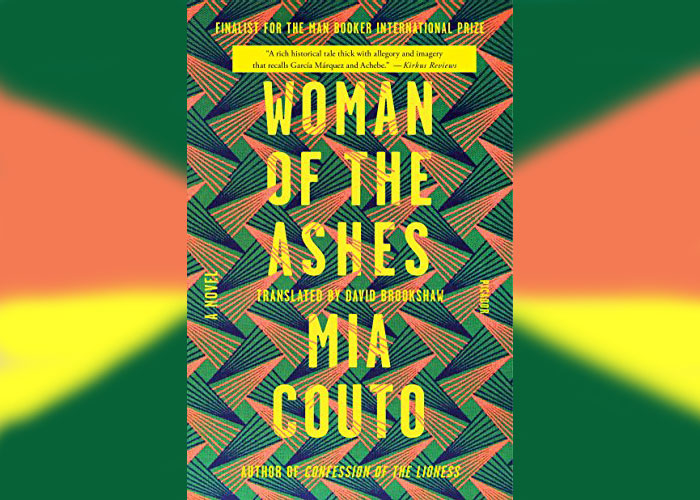 A novel about the Portuguese-State of Gaza conflict of Mozambique is going to be a challenging read. I have no knowledge of this part of history at all but the title and the blurb intrigued me and I do like a novel with a difference.

Despite the rather heavy and complex story and history, it’s an accessible read. The loyalties of war and the history behind them are well explained. The two sides represented by Germano de Melo and Ngungunyane are compelling. It was the historical nature and the level of research into actual historical events which come across particularly well. These two figures provide the alternating narration and two view points of one very complex event.

Couto is a fine writer who doesn’t skip on the violence and intricacies of war. As a reader, you can feel and experience the human angle and the turmoil experienced by conflicting loyalties. There are two sides to the story, the two narratives and the two leading characters are clearly drawn and intertwined. Very different voices, but both as equally as compelling as the other. Imani is a fascinating character and her ‘outsider’ status in her tribe and her attraction to Germano really makes her stand out. There’s lots of magical realism to enjoy here and the mystical way her voice seems to conjure up the sense of folklore and heritage of her country is especially wonderful to read.

Compare that to the more exacting story recounted by Germano. It’s through him that we discover and examine Portugal’s military and war role in the conquest of Mozambique. These two threads and styles in one novel about war….a very effective and intricate way of telling a story. The overall picture is richer because of it.

“My name is Imani. The name I was given isn’t a name. In my mother tongue Imani means ‘Who’s there?’ You knock on a door and someone answers
‘Imani’?
So my identity was merely a question. As if I were a shadow without a body, the endless wait for an answer.”