Novel set in Belarus – The Slaughterman’s Daughter by Yaniv Iczkovits

Bookreview of The Slaughterman’s Daughter

Novel set in Belarus – The Slaughterman’s Daughter by Yaniv Iczkovits – The townsfolk of Motal, an isolated, godforsaken town in the Pale of Settlement, are shocked when Fanny Keismann – devoted wife, mother of five, and celebrated cheese-maker – leaves her home at two hours past midnight and vanishes into the night.

True, the husbands of Motal have been vanishing for years, but a wife and mother? And so starts one  of the most inventive, complex and imaginative stories I have ever read. Translated from the Hebrew…it’s  a story of Jewish lives, a mystery, an important time in Russian history. All seen through the eyes of a small Belorussian town… 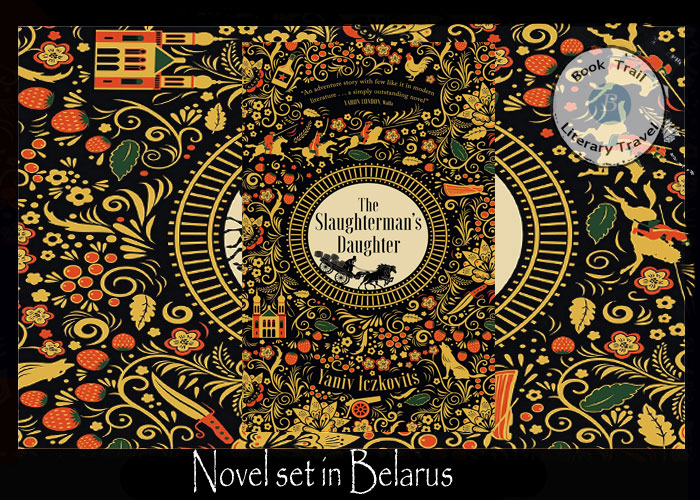 Novel set in Belarus – The Slaughterman’s Daughter by Yaniv Iczkovits

For a story that takes the reader through the corridors of power, people and history of 19th century Belarus, that title is interesting! I had no idea what it meant until the end and then, it was an eye opener!
This is very hard to describe this novel. It reminded me of the feeling and of the atmosphere of the great Russian writers. War and Peace but more accessible. There’s certain lots of war and peace here too.

Set in what would become Belarus, this is the central story of a Jewish woman who is searching for answers. Now, I ‘m not going to pretend and say I know if she got them all or not,but when searching for on thing, she ends up finding out so much more.

In many ways, this was the story of the Jewish people. Kicked out and kept out of their home. Told they could take one path in life when they wanted another.I know nothing about the Jewish faith of the issues its people face, but this story shows you and helps you emphasis. Even at its core, take out the Jewish question and you still have a struggle to stand up for individual rights.

It’s ambitious, wide in scope, dazzling, beguiling and a work of some detail and determination. That cover does it proud.

This is a book that is going to mean so may different things to so many different people. But for me, the first book I’ve read that’s brought me some understanding of the Jewish culture and history – this will stay with me.