Daughter of the Tigris by Muhsin Al-Ramli

Translated fiction – Qisma leaves for Baghdad with her husband-to-be to find the body of her father. However, this is Baghdad during war time so how will she find one body among thousands?

The only way to survive is to take a slice of Iraq for herself it is said. But ambition is the most dangerous drug of all, and it could just seal Qisma’s fate. 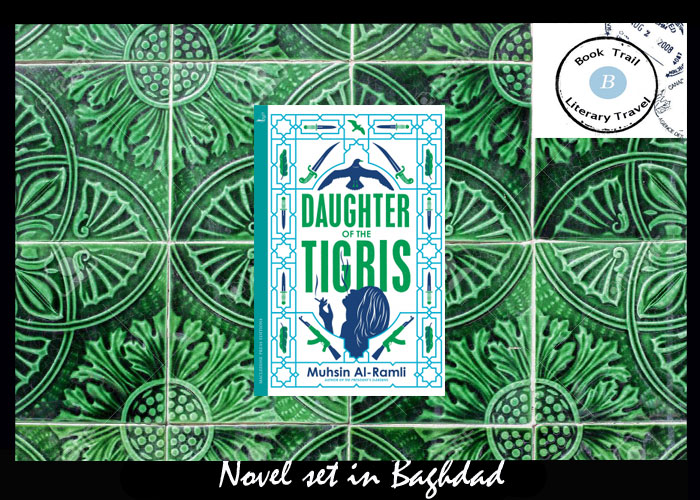 Some books I read as a challenge to myself as I have limited knowledge of the area or topic they are about. This novel stood out for that reason and the fact that the cover is quite something.

It was quite unlike anything I had read before. The stand out for me was the way the real subject of the novel is not the characters but the country. Iraq Is a place we hear so much about on the news and not much of it is good. However, this novel took you to its heart and to the heart of its people. It felt very Arabic with the way the writing was descriptive and the way it weaved the story in and out of the pages as if tying a ribbon around the book. There was history, pride, courage and so many more emotions.

This was the second part of the story which began in The President’s Gardens and for that reason, I wish I had read the first part before tackling this one. There were terms and ideas I would have been more familiar with to be fair. There were so much I wanted to explore but didn’t feel I could. Was this because of my not having read part one or not? This was partly to blame but this novel wasn’t exactly easy to dip in and out of.

You can’t fault the novel’s ambition though – the political and financial carving up of Iraq’s assets and infrastructure after the war and the effects it has on one couple in particular.