Edward Glover is a writer with a very interesting back story himself!

Edward Glover left diplomacy in 2012, and wanted to do something completely different. And different it was – he ran the 2014 London marathon and then sat down to write a novel although not still wrapped in that bacon foil they put around you after the run we imagine. What followed was The Music Book, Fortune’s Sonata and then the final story in the series: A Motif of Seasons. 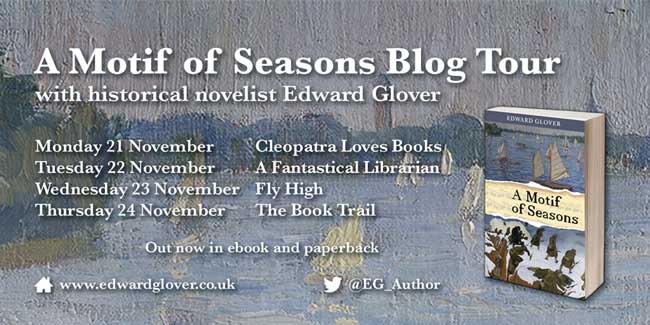 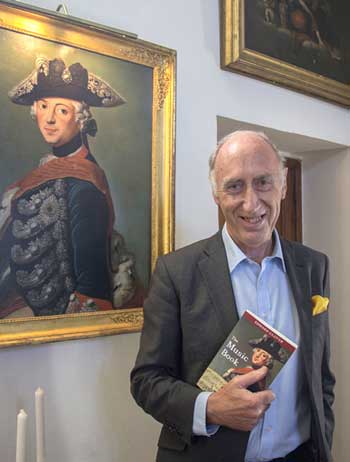 “I’m not young enough to write a sci-fi story nor inclined to write about crime. But during my diplomatic career I have observed the good and bad in human nature – openness, reliability, trust on the one hand and weakness, deception and even betrayal on the other. We all have strengths, failings, frailties, hidden fears and secrets as I have seen in others.

So, as an older writer, I’m probably better equipped to tell about people, drawing on my observations. And setting my stories against a turbulent Europe in the 18th and 19th centuries provided a sharper backdrop against which readers could judge my characters.

There are three decisive settings. The first is rural north Norfolk where I’ve lived for the past 30 years. Close to the North Sea it is big sky country – bright and breathtaking in the summer but cold, brooding and often unforgiving in the winter. This was the landscape I chose for the Whitfield family home; the changing seasons reflecting the family’s moods.

The second landscape with impact is Potsdam’s extensive parkland. The flatter landscape, the 18th century style of building such as the Marmourpalais and the nearby Lake Wannsee perfectly summarise the freshness and lightness of musical life at Herzberg, the von Deppe family home.

The third decisive location was Avila. The proximity of medieval buildings cheek-by-jowl with the ancient cathedral and the dark shadows each cast were perfectly suited to the unfolding denouement of two young lovers. 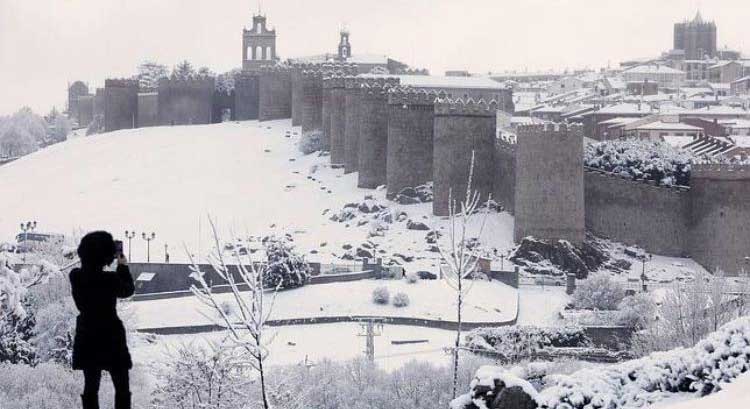 How the story came to be…..

My research for all three books was a combination of already acquired knowledge during my diplomatic career; getting hold of maps of the period to see the geography of Paris or Berlin so I could pinpoint where a particular fictional action took place; and of course visiting sites. For example in March of this year I went for afternoon tea at Berlin’s famous Adlon Hotel (adjacent to the Brandenburg Gate). It opened on 23 October 1907 as the city’s answer to the Ritz hotels in London and Paris. Sitting in the lobby, watching the fashionable come and go, inspired me to conceive a scene in A Motif of Seasons where some of my female characters enjoyed similar refreshment in the ladies’ lounge while talking about private matters women do without the presence of the opposite sex.

The story does not end there…

For the First World War the Imperial War Museum in London is the best source of information – exhibits, pictures, documents and archives. For the Battle of the Somme I did a battlefield tour led by a military expert (there are several good tours available on the Internet). Any such tour should include the Thiepval Memorial in France to the missing of the Somme. Adjacent to it is a museum with some exhibits and a selection of literature (it is free admission, unlike the two recent annexes which are less impressive). For German history, the Deutsches Historisches Museum in Berlin is best. Last but not least, to flavour the 18th century in Potsdam, visit Sanssouci, once Frederick the Great’s intimate rococo style summer palace. It was the setting for the end of The Music Book, my first novel.

All three novels comprise fictional characters against a backdrop of actual events. This was particularly so in Fortune’s Sonata where the principal female character risks her life to go to Paris during the Terror in search of a friend in mortal danger; or earlier in her life attends the traditional Royal New Year celebration at the Palace of Versailles where she is introduced to Louis XV. He was real, the ball was real but she and their conversation were fictional.

Review on a postcard…. 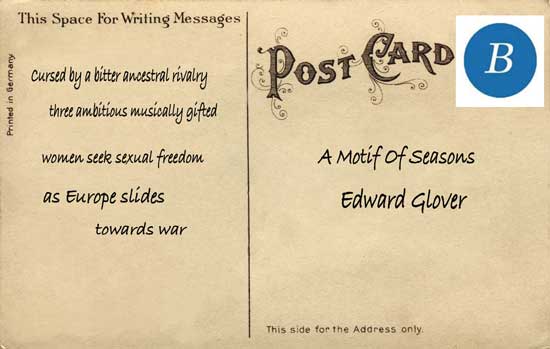