There’s  a new detective in town. L J Ross has now written 14 books in the DCI Ryan series set in Northumberland and is now embarking on a new challenge – a series about Forensic psychologist Doctor Alexander Gregory. He works in London but has been requested to go and help the Irish police in their search for a killer. DCI Ryan is still around however! He’s not going anywhere anytime soon.

Alexander has experience of profiling criminals and helping the police look for the small detail about the person which could break the case. It’s a fascinating new series and Alexander is going to be one complex and compelling character.

Who would love to travel to this beautiful  part of Ireland L J Ross is taking us to in IMPOSTOR? 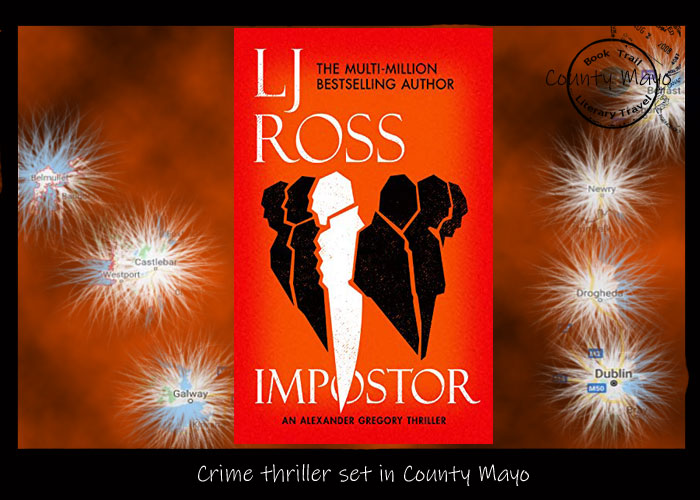 There’s 3 copies up for grabs with a goodie or two attached as well – and there’s just a little question to answer to enter:

Answer the following question by looking at the Impostor Booktrail

Discover the BookTrail of Impostor here

The book is set in Ballyfinny which has a pub. What is the name of that pub?

Competition is open internationally and ends on October 25th at 5pm