Like most people, I reread lots of books over Christmas – favourites that I had loved and wanted to experience again. Oh the joy of meeting fictional friends again, of stepping inside worlds I have kept closed on my bookshelf. Where did I go and what did I do?

Many Agatha Christies were read, I revisited The Secret Keeper and started the New Year with a return to Italy with Charlotte Betts….

I also bought myself some origami paper as I have been dying to try out this trend for wrapping things and making things from paper. Why? No idea. I just thought it would be relaxing and be something fun to do instead of reading or looking at a screen.

I posted the following pics on Twitter yesterday and they proved to be suprisingly popular! People said they were impressed and that they wanted to know how to make them. I am currently preparing this post. For now…here are my intial efforts. I have watched a few videos and had the help of a young child for the following… 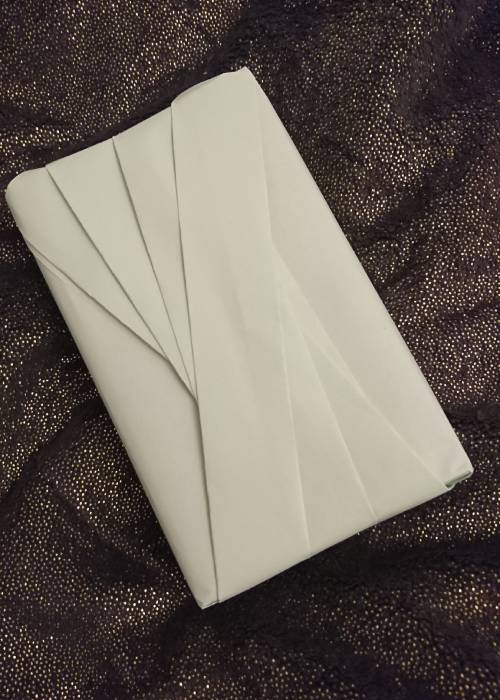 I gave this design the name of a fvourite magical novel of mine since it reminded me of the flourish and magic of the story. There’s glimmer and glitz in the novel and this reminded me of that design when I was doing it. Plus my first attempt of getting the fan wrong and then the finished design just coming out of nowhere made me think of the first line of the book,, adapted:

The flourish arrives without warning. No announcements precede it. It is simply there, when just a moment ago, it was not.

Five Quarters of the Orange Fan 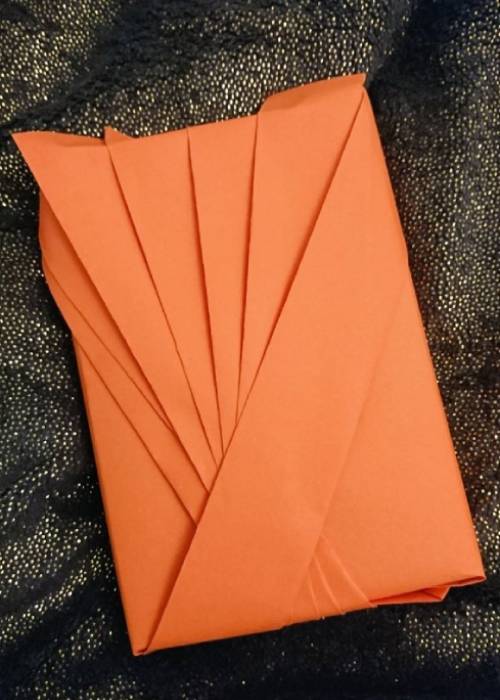 Five Quarters of the Orange Fan (c) The BookTrail

A nod to favourite author Joanne Harris. A similar design to the first one but this one only has the fan on the top. There are five main parts to the fan at the top which made me think of that fantastic book’s title! 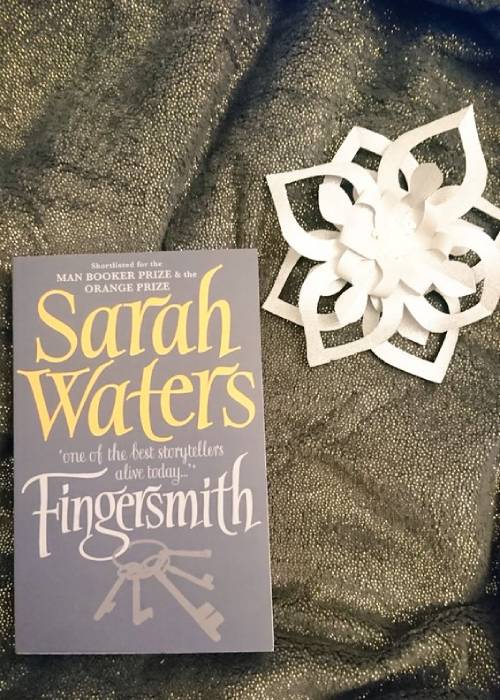 The Fingersmith flower (c) The BookTrail

Recent readers of Twitter especially will know that this book, is a real favourite of mine. I put off reading it for so long and then once I did, I can’t forget it. Absolutely brilliant so I wanted to display this with a certain flourish on my shelf. This flower made me smile and I imagined Susan and Maud in the novel making them.

I am going to show you how I made these following all the requests I had! I had so much fun doing these and have wrapped a few more books since.  You could do this and gift the books of course but I have them on my bookshelf to look decorative for now. Friends, beware – I will be wrapping books for you like this from now on…..

Come back later for a post to show you how to wrap your books as shown. If I can do it, anyone can!