Whayhey! Bloggers brunch is back this Sunday and Ian Patrick popped over for a pie and a pint. Now Mr Ian here is a special guy – he attends almost all literary and book events in and around the UK and takes the most amazing portraits of the authors I’ve ever seen. 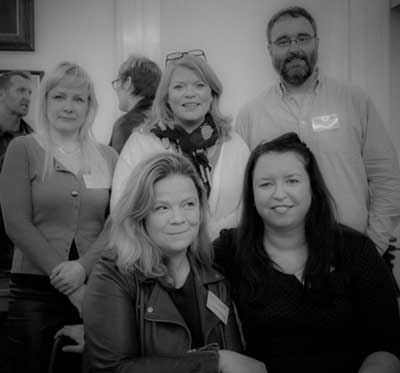 Stunning black and white pics that capture much more than what they look like but what they are like inside, how they are feeling and the essence of what they write and/or publish:

He’s also an Ambassador for @MDUK_news as well. He’s a man on a mission in more ways than one but it’s the way he creates with words and light that really shines.

So I thought it would be a nice idea to showcase some of his work here and to say thank you to him for supporting bloggers and authors alike by taking such great pictures to showcase books and authors in a new way. Having said that he’s also an aspiring author himself. – Rubicon his crime novel is currently in submission and if it’s anything like his pictures , it’s going to be a hit. I’m looking forward to reading it that’s for sure.

So Ian… over to you: 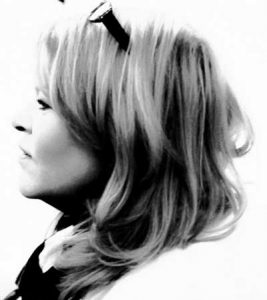 I create through words and light and through these mediums hope to capture a moment in a person’s mind where there is a spark of energy.

The emotion it generates isn’t my choice but the fact it could evoke one is what makes the pursuit so desirable. It isn’t an easy task. We all think and process the environment differently and what may appeal to me won’t always translate to you.

Art, for me, means the vehicle to express myself through photography or words. How do you see a photo? Do you look for meaning or just a nice image?

I love an image that tells a story or where there is backstory to it. I’m not a professional photographer but started photography at the age of seven with a Kodak Super 8 cine camera. Wet film no digital.

I come from a forces family and in the 1970’s we were living in Berlin. The wall was in place at this time. These two images are the ones that started my interest in photography and especially black and white photography: 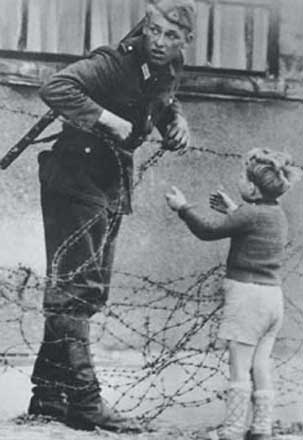 The first one shows a German guard observing his surroundings before lifting the young boy over the wire from the East to the West. This was during the construction phase of the wall. The second shows a guard leaping the wire from East to West.

In the second, the cameraman isn’t the only photographer at this location. The photographer of this image is capturing another man taking photos when the guard leaps in front of him!

With words it is the same. We all interpret a book differently. Although we may say we like the same book the words are generating an image that is personal to us. My writing is sparse like most of my images. I create to say enough but not to rob the reader of their own mind and its way of interpretation.

I will include detailed description of clothing or scene if I feel the setting requires it or if I want the reader to get a sense of where the character is at that time. Otherwise I let the reader make that decision. 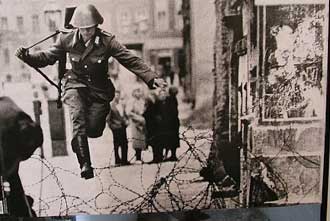 I believe both art forms are fluid. Photography is a capture of light, words are captured by mind, and each can be uniquely interpreted. We should all be encouraged to interpret the world differently through words and imagery. Music too but that’s for another post!

As long as our intentions are pure then I see no better way to explore creativity and bring joy to others. Here is one of my images that I hope you enjoy: 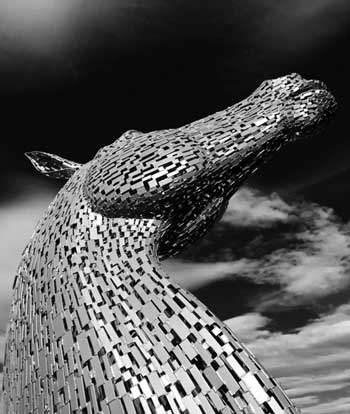 With many thanks to Ian for sharing his pictures and inspiration.