Travel to dusty Lima with Karina Lickorish Quinn – Lima is often overlooked by tourists who fly into the city only to leave immediately on the next connection. They come to Peru to see Machu Picchu or the Amazon or the Rainbow Mountain. Lima is simply a steppingstone in their journey. 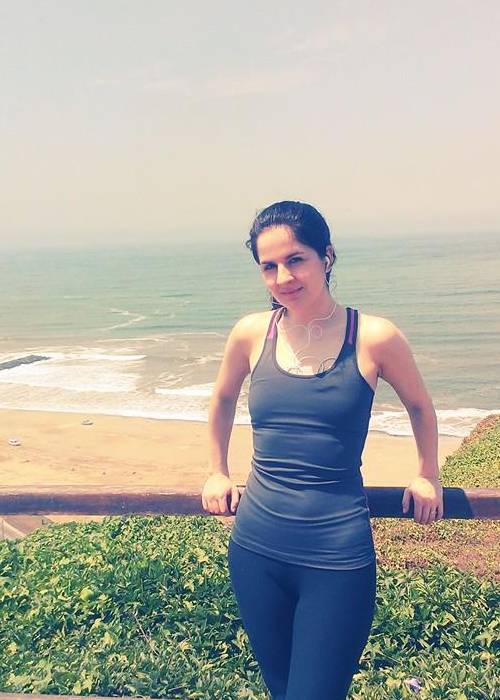 The author on location in Malecon (c) Karina Lickorish Quinn

But in leaving so soon they miss one of the world’s most beautiful and beguiling cities. My maternal family is from Lima and I grew up visiting Lima every eighteen months. I know Lima as a hometown, as a motherland, as a longed for and much missed happy place from which I have been too long and too often distanced. Lima is a mercurial, bewitching city full of history and beauty. I invite you to join me there through Anaïs’ story in The Dust Never Settles. 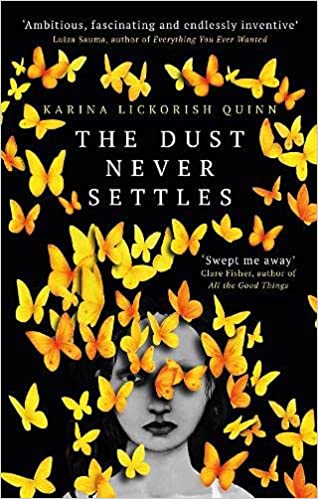 Join Anaïs on the cliffs of Miraflores, looking out across the ocean. In winter, you might see the grey of sea and sky and clouds merging into one shroud of mist. The spectral, melancholic fog that rolls across the city from the waters feels almost British in its greyness. This greyness is strangely out of place in this otherwise subtropical climate. As a result,  Lima’s nickname is ‘Lima the Grey’. This fog is called Neblina de Lima and is caused by the fractious meeting of warm desert winds blowing out towards the ocean and cooler ones blowing inland. The Limenian neblina always struck me as gothic – a breathing, otherworldly presence whispering its secrets. It finds its way into my novel as the embodiment of the chattering dead. 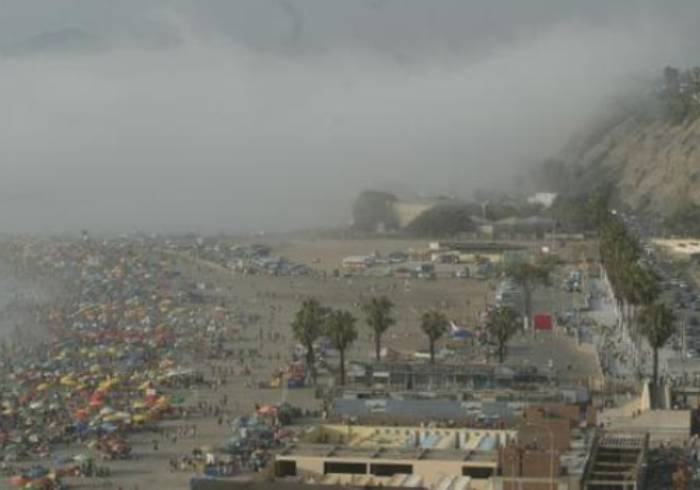 But in the summer, look now and see the azure sky, the beaches with neon-clad sunbathers and surfers. See the the heladeros trundling their banana yellow ice-cream trikes up and down the sand, blaring their kazoos. These ice-cream vendors that populated my childhood open the very first lines of the novel. Hear the claxons of the traffic, buzzing further within the city, and the radios blasting cumbia and reggaeton from car windows. Along the winding esplanade, with its colourful mosaics and its parks full of blooms walk with me through Miraflores Miraflores is, after all, a district named for its flowers. See the sun glinting off the windows of the high-rise apartment blocks. Smell the freshly brewed coffee and the citrus scents wafting from juice bars along the way. Feel the breath of the sea against your face. Taste its salt on your tongue. 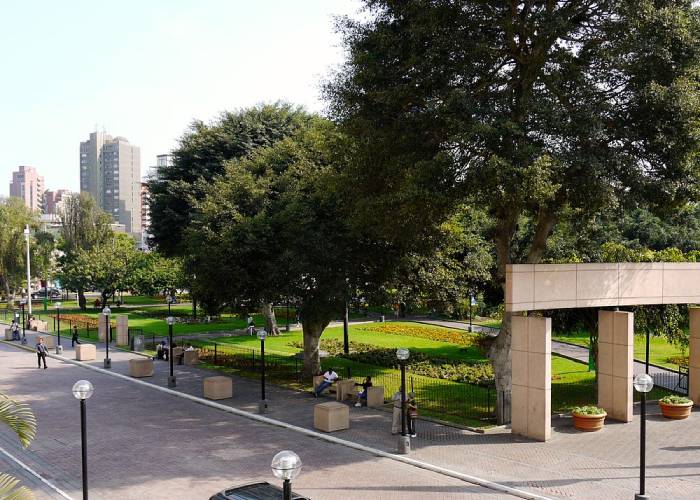 Hail a cab with Anaïs, perhaps to the Parque Kennedy. This is where the countless stray cats nap in the sun and on the boughs of the trees. Have a coffee with Anaïs and Rupert at the world famous El Haiti bistro, with its touch of Parisian elegance. Sit at one of the outdoor tables and watch the passers-by – the tourists, soothsayers, money-changers. 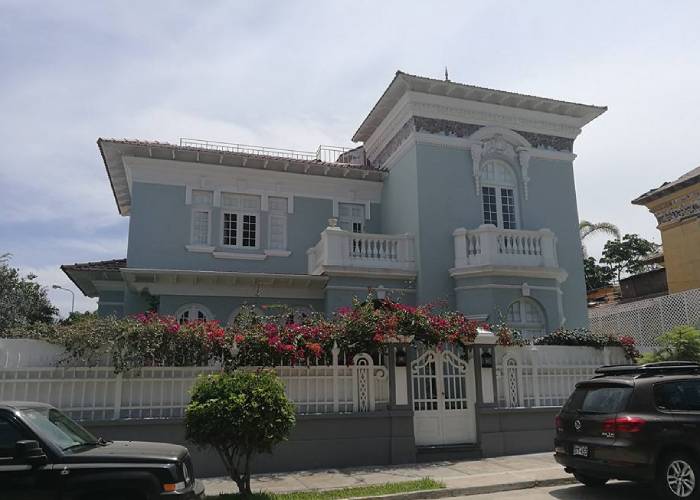 Or drive on to Barranco, which is now Lima’s bohemian district. In he 1800s however, it was an elegant beach resort for Lima’s aristocracy. It is here that you will find Lima’s romantic Bridge of Sighs, eulogised and immortalised by the Peruvian criollo waltz singer Chabuca Granda. Be sure to listen to her songs. as they are a gorgeous musical accompaniment for the novel. Here, too, are the most well-preserved colonial and early Republic era houses. In the novel, although the Casa Echeverría is located in Miraflores, it is actually based on the old mansions of Barranco which I always found utterly bewitching. 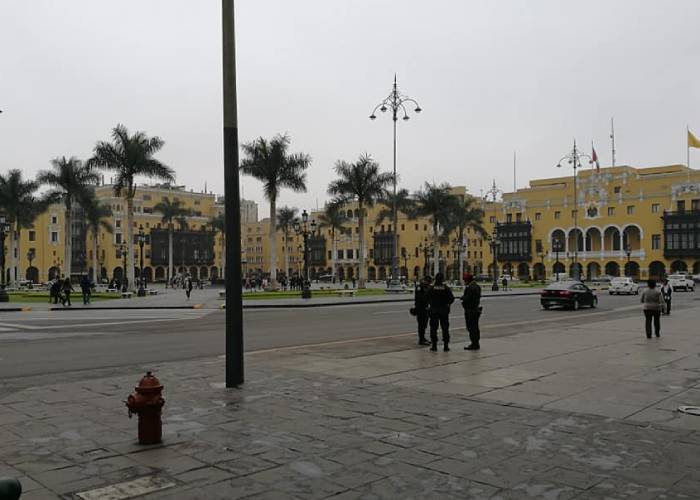 You must, of course, visit Lima’s old town, the oldest and original part of the city. This is where the conquistador, Francisco Pizarro founded the City of Kings and where, in the novel, Aurora Montealegre starts her life again. Here, the colonial plaza de armas is flanked by the magnificent baroque Cathedral of Lima. Don’t forget to visit the Municipal Palace which, lúcuma yellow and adorned with overhanging colonial wooden balconies, was a source of inspiration for the yellow house on the hill. 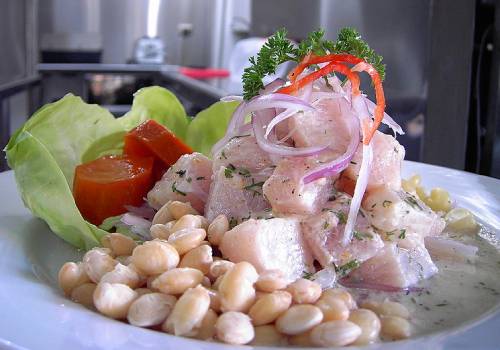 On the corners of each square, see the vendors of fresh produce, papayas and mangoes and avocados piled high. Visit  one of the ceviche bars dotted around the city. Or, if you wish, book a table at one of the elegant restaurants. It is a great source of pride for Peruvians that Peru has won the World Travel Awards’ Leading South American Culinary Destination more than any other nation. Lima is often hailed by foodies as the food capital of the world. Lima’s gastronomic culture is diverse, influenced by generations of migrants. People who have blended their culinary traditions to invent new, unique fusions.

Limenians are proud and joyful eaters. Our markets are vibrant, bustling and fragrant. Eating out is a pillar of the city’s culture. I cannot think of Lima without thinking of limes and lúcumas, of seafood soups and spicy-fresh ceviches. Not to mention  stir-fried beef and sour-sweet chifa dishes, sweet potatoes and empanadas and the star-anise sweetness of karamanduka bread. When I think of Lima, I taste it, and (as the reader will learn) the food found its way into my novel, not least through the characters of Carmen and Señor Tan, without me even really noticing!

And, when you are ready to leave, walk with the dead and resurrected Julia out of the city, towards the hills of daffodils and out towards the foothills of the Andes. Julia will take you beyond Lima to the mountains, to the jungle and into the realm of the dead.

What a wonderful tour of Lima and your novel Karina, thank you so much!