Annabel Abbs and The Joyce Girl

Today is #JoyceGirl Eve. The Joyce Girl is out tomorrow and it’s a pleasure to have Annabel Abbs in the Booktrail Departure Lounge here. She’s more than ready to fly with this book and believe me, it’s going to take off like no other. Excuse the flight puns but this really is a book to recommend…Hello Annabel! Visit the locations of the Joyce Girl here 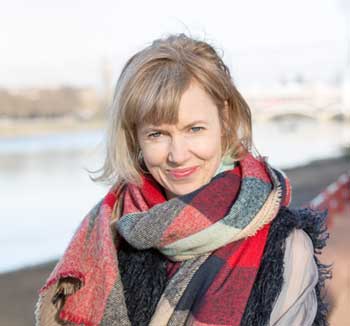 How did you come across this unknown story in history?

I stumbled across it in a graphic novel that a friend selected for our book group (the wonderful Dotter of her Father’s Eyes by Mary and Bryan Talbot). We normally read classics like War and Peace or cutting edge contemporary novels, so I admit to being slightly sceptical. But this one wove two stories together, one of which was a brief and very potted history of James Joyce’s only daughter, Lucia. I was shocked that no one knew anything about her (including myself who’d studied Joyce at University). I immediately wanted to know more. I found a biography of her, written ten years earlier by an American Joycean scholar, Carol Schloss.  But there were enormous gaping holes in it.  The Joyce Estate, Lucia’s doctors and guardian, Carl Jung, Samuel Beckett, had all destroyed her letters. Her novel and poems had been destroyed.  It was as though these luminaries had colluded to eradicate her from history. I began reading biographies of everyone in her life, their collected letters and memoirs – just to glean a few more facts.  Her plight profoundly moved me. I realised that if I wanted to find out what really happened between Lucia and Beckett, and Lucia and Calder, I would have to imagine it and write it myself. Outrage was my fuel – and much of the novel was written during two years of sleepless nights.

You’ve written a story we could class as ‘faction’. How much of this was real and how much imagined?

Wherever fact was available, I tried to use it.  All the characters are based on real people who I studied by reading multiple biographies, collected letters and accounts of 1920s Paris.  One character (Stella Steyn) was actually an amalgamation of two characters after I decided to reduce the cast. Only Gaston (a bit-part waiter who appears at the end) is totally invented.

All the reviews of Lucia’s dance performances are from actual newspapers of the time.  Most of the specific events (her performances, Nora’s operation, Giorgio’s singing debut, Joyce’s book launch, Calder’s circus, the eye operations, the dinner with Beckett and his friend etc) and all the dates and places are historically accurate. The picture on the cover shows the real Lucia dancing in the competition described in Chapter Nine, the outcome of which is also factually accurate. 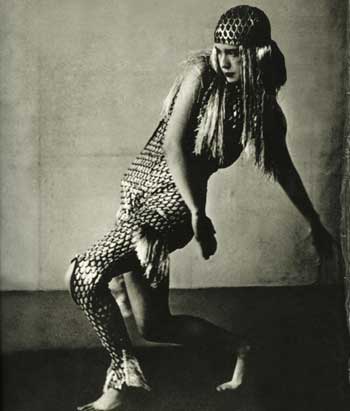 What happened between her and Beckett and Calder is partly imagined, but I based it on comments unearthed from various sources and I used actual events to string the narrative together.  The even more extraordinary relationship with Ponisovsky has been well recorded and is based (believe it or not) on fact. I can’t say much more without including too many spoilers here.

The sessions with Jung are, of course, imagined.  However Joyce refers to the progress of these sessions in some of his letters and we know that he wrote an account of Lucia for Jung.  A few of Jung’s comments survive too, leading me to hope I may have accurately captured the emotional truth of what passed between them.  Interestingly, when my editor suggested that Jung would never have said things like, ‘Stop buggering about’, I was able to cite historical accounts of his ‘talking cure’ written by other patients, in which he’s recorded as saying exactly those words.  And, yes, he did use mandalas (another thing my editor thought unrealistic!). As always, the least likely things are those that are most likely to be true.

Sorry, long answer.  If I had to give a rough figure, I’d say over 95% of the novel is based on fact or historically recorded supposition, but Lucia’s feelings are imagined throughout. 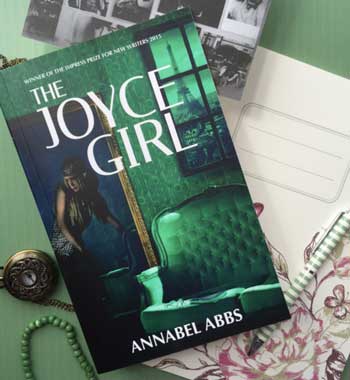 Samuel Beckett was an intriguing character. What did you find out about him that surprised you?

I knew very little about him before I began my research and quite quickly developed a crush on him. The Beckett of my novel is a much younger man than the Nobel Prize-winning Beckett we know and love.  Young Beckett was unsure, arrogant, gawky.  He’s often remembered for his kindness and generosity, but those aren’t the qualities he always displayed as a 22-year old.  One of the things that surprised me was how incredibly shy he was. He never conquered his shyness, even when he became a literary ‘star’.

Was Lucia really the muse for Finnegans Wake?

That’s an interesting question and one that’s hotly debated among the Joycean community.  Joyce was undoubtedly very troubled by what happened to Lucia.  We know, from his earlier works, how heavily he drew from real life.  He was writing FW throughout this period and I think it’s fair to say that Lucia appears throughout it (often in the guise of dance or madness).  Lucia’s biographer writes a compelling case for Lucia as muse. No doubt, a compelling case to the contrary can be made too, but I’m with Schloss on this one!

Did you have to do a lot of research into how women and mental illness were treated in those days?

Not too much because, sadly, it wasn’t very complicated. Zelda Fitzgerald and Lucia were treated in very similar ways, as were so many of the bright young (female) things of this period. What shocked me was how many women ended up in asylums – four female characters in my novel alone. All of them were educated and intelligent. They lost all rights as soon as they were certified (which was invariably by a man).  Every doctor Lucia saw was male.  None of them agreed on a diagnosis. Treatments ranged from the downright bizarre to the outright cruel. I feel angry whenever I think about it, but also hugely grateful for the enormous strides that have been made in our understanding and treatment of mental health.

Do you hope to highlight mental health issues with this novel? (Profits from first year royalties go to YoungMinds in memory of Lucia Joyce, who spent most of her life interred in an asylum.

Yes. Researching my novel while having three teenage daughters in schools where eating disorders are endemic, I noticed un-nerving similarities between the 1920s and now. During the 1920s how a woman looked became increasingly important – hem-lines rose, stockings were abandoned, breasts needed to be small, make-up became widespread. Photography enabled ones appearance to be captured easily and quickly, adding to the pressure. This is not dissimilar to today, where social media puts women continually on display, fostering a culture where appearance (thin, airbrushed, body-hairless) is paramount. When this sort of social change happens too rapidly, there’s not enough time to understand it, or respond appropriately. During the 1920s, the radio, telephone, gramophone, motor car, camera were all propelling unprecedented change. Now, it’s social media and information technology.  But the results seem very similar – and disastrous for mental health in young people. 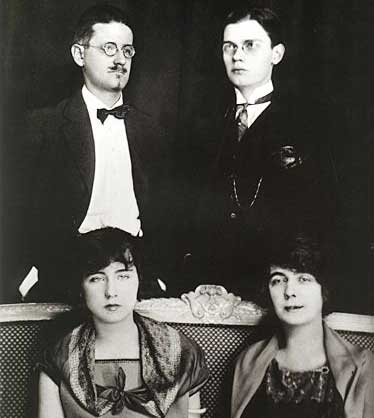 If you go could go back in time and meet some real characters from history who would you choose to meet and why? (Maybe someone in The Joyce Girl maybe not)

Naturally I’d want to meet Lucia.  Who wouldn’t? I’d also love to party with Alexander Calder who’s infectious enthusiasm was renowned. I’d then want to meet Frieda Lawrence before she married DH Lawrence.  She’s the subject of my second novel, and famously left her three young children to live a restless, nomadic life with the self-styled Priest of Love. She was an extraordinary woman and the reverse of Lucia.  Lee Miller has always captivated me too.  Perhaps she could photograph us? Finally, I’d want to meet Elizabeth Smart (author of By Grand Central Station I Sat Down and Wept) – if only to berate her for sacrificing her talent to that of the far inferior poet, George Barker.

Sadly not – far too dull! But when I was younger, I yearned to be like Linda, the dizzy, glamorous heroine of Nancy Mitford’s The Pursuit of Love.

What fact did you find out about that time that you wish existed now? The dress, food, customs?

The clothes were glorious then, for both men and women (the wealthy ones, that is).  I did a lot of research into 1920s fashion as the Joyce family were very fashion-conscious.  Of course, jeans and trainers didn’t exist.  Everyone wore opera capes and feather boas and gorgeous dresses in bright colours and fabulous fabrics.  No polyester, just silk, velvet, tweed and so on. Bring it back!

With many many thanks to Annabel for joining us today and answering the questions so brilliantly. This book raises so many issues important today as well as being a gripping read so Highly Recommended by The Booktrail!