What is waiting on the island of Guernsey – what secrets lie beneath its gothic rock formations? Lara Dearman is the guide who knows…..

Location is more than an important part of The Devil’s Claw, it’s the reason the book exists. I’m a Guernsey girl, born and raised. I enjoyed an idyllic childhood there; playing on wide, sandy beaches, exploring rock pools and caves, walking our dog through woodland and valleys, discovering the many Nazi bunkers and lookout towers built during the Occupation, which pepper the island’s cliffs and headlands. At bedtime, my dad would tell us stories about the places we had visited – of a headless horseman at Fauxquets Valley, of haunted houses and witches’ covens. I associate so many locations on the island with its own folk tale. For me it has always been a place of mystery and magic, often the dark kind. 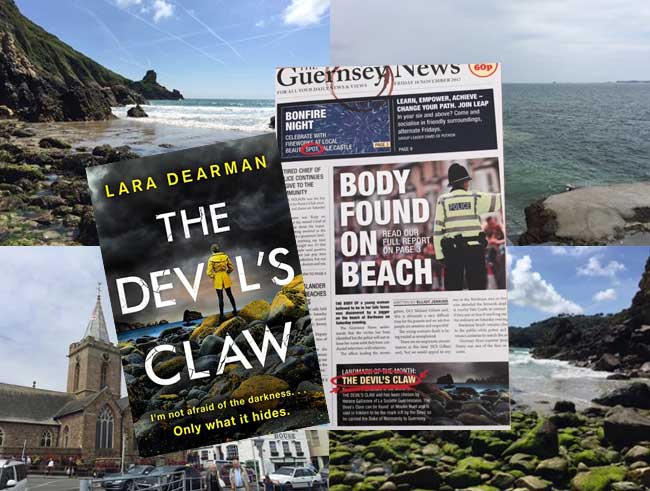 Years later, and far away from home, it was these memories which prompted me to write. I had no real idea of plot or even of genre, the only thing I was sure about was that my book would be set on Guernsey. The setting shaped the story.

Many young people leave the island to study at university and return after a few years on the mainland, tempted back by the its natural beauty, the quality of life (there are not many places you can finish work at five o’clock and be sunbathing on the beach by quarter past) and the safety and comfort that the island offers. It’s a perfect location in so many ways. 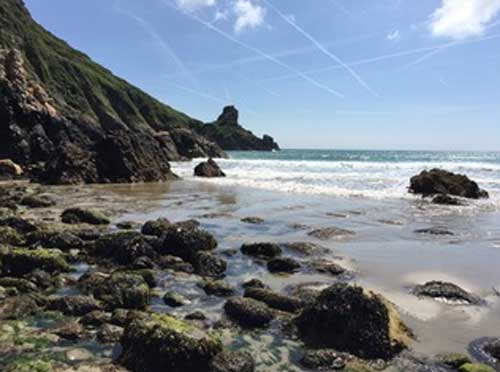 In The Devil’s Claw, I wanted to paint a different picture. I thought about the island’s history, particularly the Second World War. There are the physical reminders of the Nazi occupation in the form of fortifications – concrete towers and dark, dank tunnels carved out beneath the island’s picturesque surface. My generation heard our grandparents’ stories of evacuation, or of those who remained, surviving five years of hardship under foreign rule. I wondered what it would be like to feel that Guernsey was not a place of safety, but one of danger. And I came up with Jennifer Dorey; a young woman running from a traumatic incident, returning to a place which for many is paradise, but for her harbours dark secrets, and forces her to face a past she’d rather forget. 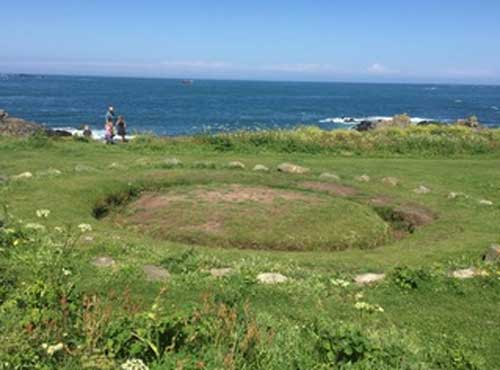 Many of the locations I’ve used in The Devil’s Claw are favourites of mine. The Fairy Ring (or Le Table de Pions, to give it its proper title) is a circle of stones set at Pleinmont Point, at Guernsey’s South Eastern tip. Built in the nineteenth century as a resting place for officials who walked the island checking the state of the roads, it combines the jaw dropping beauty of the island with its folklore. There are fantastic views from the cliffs back over the West coast and the spot has long been rumoured to be a meeting place for the Devil and witches. 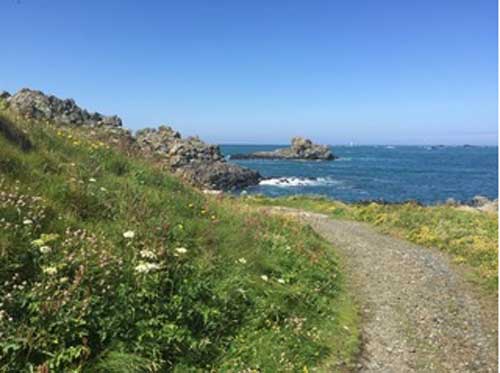 At high tide, Moulin Huet, on the South West coast, is rocky, the water meeting the cliffs as they tumble into the sea. As the tide retreats, an expanse of flat, white sand is revealed. Rock pools are full of anemones and tiny fish. Caves riddle the surrounding cliffs. The Pea Stacks, a row of rocks emerging from the sea, stand sentient, like soldiers guarding the bay. A little further West, hundreds of steps hewn into the cliff lead down to Petit Bot Bay. Like Moulin Huet, at high tide it is rocky and treacherous, but at low tide, it is a truly magical place and one of my favourite spots on the island.

Pembroke bay on the North coast, where Jenny swims each morning is dramatic in a different way. A wide, flat beach with calm, shallow water, it is the perfect place for families to picnic and a favourite with locals and tourists alike. Even here though, reminders of the islands past are unavoidable. The Eastern section of the beach is bordered by a German built concrete anti-tank wall, the Western end overlooked by a loophole tower. 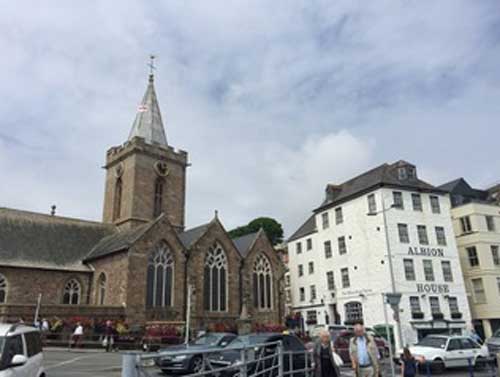 The capital, St Peter Port, with its quaint, cobbled streets, the old market building, colourful bunting strung between shops, feels far more French than British. Exploring the town, a visitor will get a real sense of the island. Locals will stop numerous times on their way up and down the high street, to catch up with friends and relatives they bump into – a great opportunity to hear the Guernsey accent, with its long vowels and verbal ticks, an ‘eh!’ at the end of each sentence, an ‘is it?’ in response to a surprising fact or piece of news. Take one of the side streets and you could find yourself in one of the town’s dark, narrow alleys – Cow Lane, for example, which dates back to Medieval times. The perfect place for a killer to hide in the shadows… 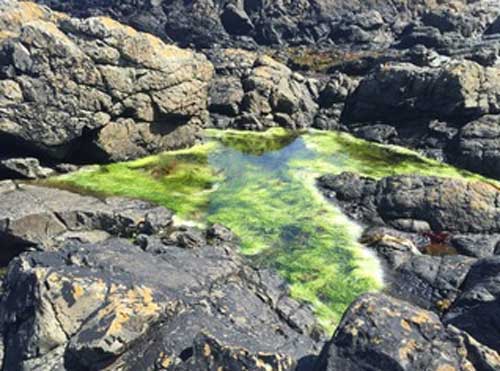 Finally, the bathing pools at La Vallette, a setting in the book for both a gruesome discovery in the past and a place of quiet reflection for Jenny in the present. It is here, I think, that so much of what makes Guernsey special is evident. Swimming pools carved out of rock, filled by the tide, overlooking Castle Cornet and surrounded by fortifications dating back to Napoleonic times – a reminder that the Second World War was by no means the first time the island was fought over. I like to think that the bathing pools become Jenny’s favourite place, although she would be unlikely to share how much she likes them with others – too many visitors would spoil them for her!

Thanks Lara for a WONDERFUL tour of Guernsey through the eyes of Devil’s Claw! x