Chase the White Hare in Cornwall with Jane Johnson

The White Hare in Cornwall with Jane Johnson

A very special author trail today as Jane Johnson takes you to her folkloric, rich and legend-infused version of Cornwall. So, are you ready? Can you spot a white hare? 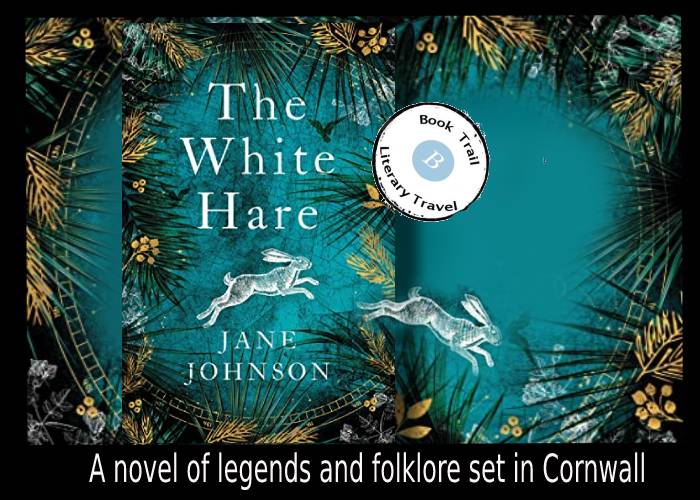 I’m that rare thing: a Cornish writer raised and living in Cornwall. Having moved away for years to work in publishing in London, I came home about 20 years ago, to write and walk and climb in the landscape I love.

THE WHITE HARE is set in the far southwest of Cornwall. It’s set in 1954 and is the story of a displaced grandmother, mother and child who fetch up in a remote house on the south coast, in the area between Lamorna and Porthcurno, and find the valley in which the house is located to feel haunted, uncanny; to have a sense of the ancient being ever-present. 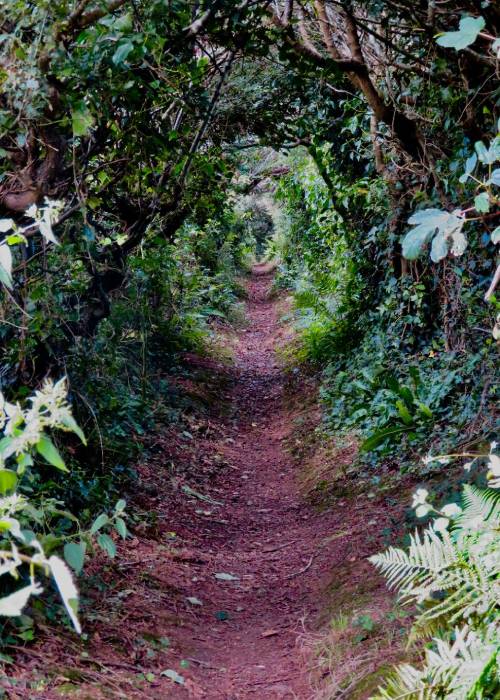 I live in Mousehole and often walk the coastpath between there and Land’s End. One part of the walk passes through a lovely wooded valley. The stream that runs down to the sea there has cut a deep path for itself through rocky channels. You can sense the passage of thousands of years of life there, and despite its beauty, it has a melancholy air, as if it has witnessed tragedies. I won’t specify the actual spot, because everyone will have their own experience of it, and because this is a work of fiction rather than fact, but I will mention various fascinating landmarks and sites that inspired aspects of the novel. 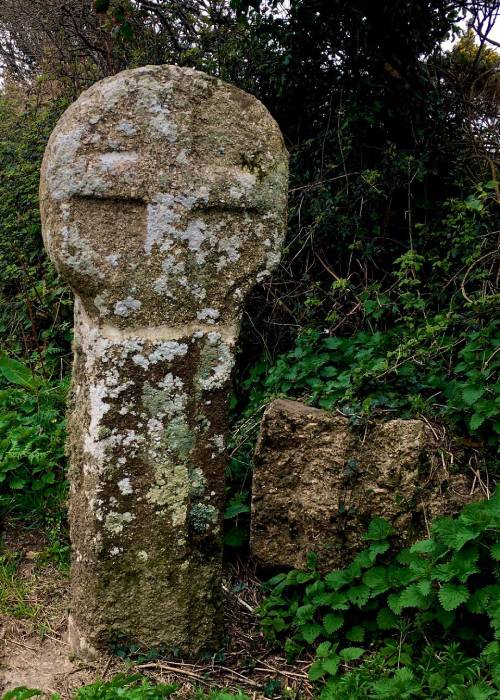 Near St Buryan in the tenth century there was a huge battle between King Athelstan’s forces and the rebellious Cornish that resulted in a massacre; the battleground was thereafter known as ‘Gwel Ruth’ – ‘the red field’, and they said blood from the battle flowed down to the sea. People raised a church in the village in 931 to impose Christianity on the pagan Celts. The history behind the village name  is interesting. St Beriana had a May Day birthday. This no doubt has deeper, pagan roots.

There are miraculous wells all over Cornwall dedicated to saints; but many of these pre-date Christianity. The well in the novel is inspired by the goddess well at Sancreed, and by St Anne’s well at Whitstone. 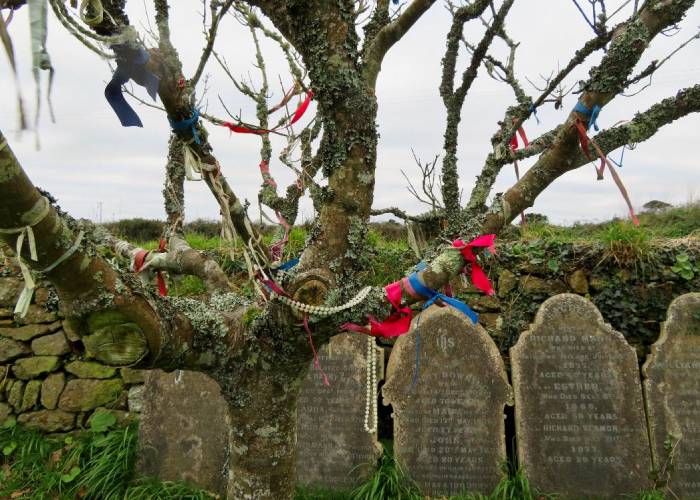 There are stone circles, quoits, burial chambers, fogous, menhirs, Celtic crosses and ancient bridges all over the area – the Merry Maidens, Boscawen-un; Tregiffian; Carn Euny; the Piper; bridges at St Loy and Lamorna.

Ancient hoards containing coins and objects from the ancient world have been found throughout the county and in Scilly – at Morvah, Towednack, St Juliot, Gwithian, Harlyn Bay.  a massacre of the Cornish that took place in the tenth century; miraculous wells, chambers. 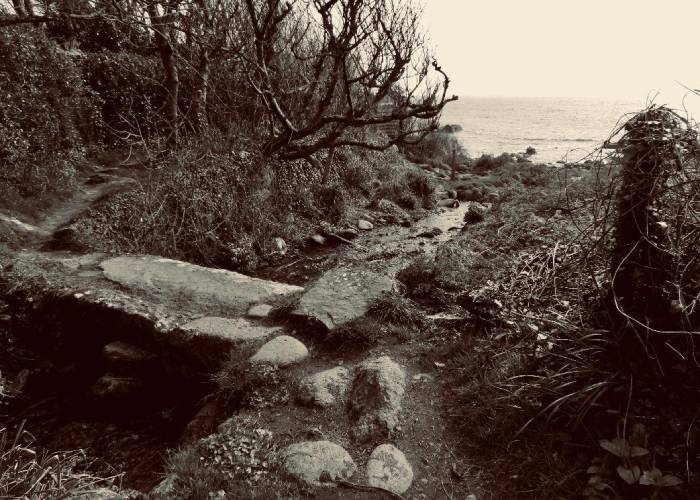 So many tales of spurned lovers, vengeful spirits, and tragic widows. And the legend of a white hare that runs through the woods and along the cliffs, portending doom…

And as for the White Hare herself… there are so many legends of giant white hares and rabbits portending doom running through the woods and across the clifftops; so many tales of spurned lovers, vengeful spirits, and tragic widows. 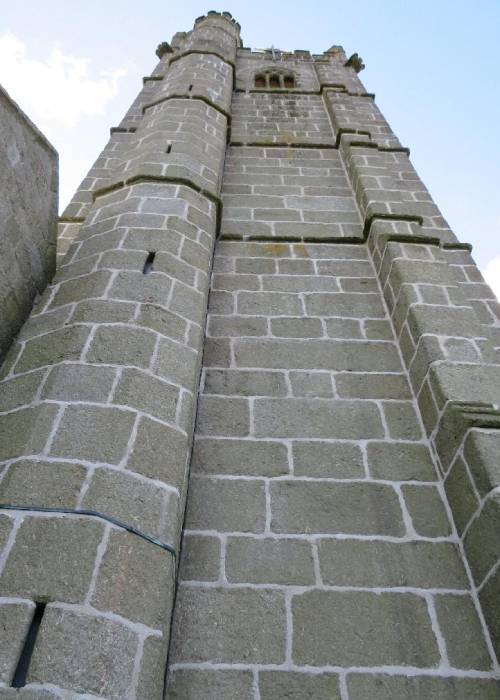 Sense of place is key my writing; when you’re raised in such a strange and magical place, you feel it in your marrow. When you walk it frequently, you know every turn in the path, every outcrop of granite, every tangle of exposed roots, every little ancient clapper bridge; you watch the seasons change the scenery and are powerfully aware of the cycle of life – when the first leafbuds appear, when the woods are clothed in bluebells, when the baby ravens fledge, when the seal pups leave the beaches, when the summer flowers go over, when the seasonal storms blow in. 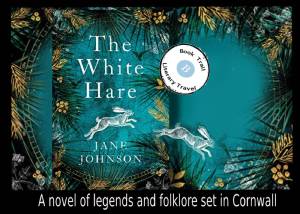 West Penwith is a magical place when the sun shines upon it; but when the shadows fall, it can be eerie, as my characters – interlopers into this landscape – Magdalena, her grown daughter Mila, and Mila’s daughter Janey are about to find out…