#Authorsonlocation: My Texas – by Alexander Burt

My Texas by Alexandra Burt – Author of The Good Daughter 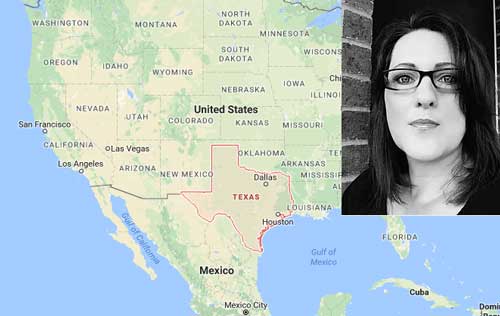 I grew up in the East Hesse highlands of Germany, a densely forested low mountain area. A most magical region where I roamed the woods and rural fields with skinned knees. I had bigger plans even then, as if my life felt temporary somehow. For as long as I can think back I wanted to go to America. In my mid-twenties I boarded a plane and after a short stint in Louisiana, I drove into Texas from the east. I left the bayous of Louisiana behind and made my way to the Lone Star State. Texas had never been my choice; my husband was stationed at Ft. Hood, the most populous military instillation in the U.S. Such was the military life, you go where they send you and just deal, as all military families do. I wasn’t sad to leave the humid and subtropical climate of Louisiana behind, including the copperheads and bugs as big as the palm of my hand. Even though a large sign exclaimed ‘Welcome to Texas,’ I didn’t know I had arrived. The coastal marshes and swamps remained for miles on end but finally I spotted piney woods that gave way to the interior lowlands with their gently rolling hills and larger forests.

The first thing I learned about Texas was its enormity. Putting the size in perspective demanded distances be listed in hours it takes to get somewhere (Texas is about 800 miles long, that’s almost 1,300 km) and was the equivalent drive my family used to make going on holiday from Germany to Italy every summer when I was a child. My initial impression of Texas was a juxtaposition of vast expansion and constant change of terrain. As the years passed, I explored the beaches of the Gulf Coast, Big Bend country with the grandeur of the Old West, prairies and lakes, the panhandle plains, and rolling hills and canyons—Texas was seven different places in one, really.

The second thing I learned was that the Texas climate is as varied as its regions: from arid in the west to humid in the east, from subtropical to desert-like. I spent the next years witnessing frequent tornadoes, tropical hurricanes coming from the Gulf Coast, and significant floods. I struggled with the essence of Texas, just couldn’t connect with it. How does this land go from arid to flood stricken, from cracked soil to batten down the hatchets to keep your belongings from being carried down the street as your yard turns into a lake?  Every morning I woke with a clear need to feel at home while something inside of me resisted.

And every day I wrote about other cities, other regions, other places. Texas was not only hard to love but much harder to write about. I felt constricted and consciously knew my innate attitude was the origin of my feeling of ‘not-belonging.’ I loathed summers, they seemed to demand a certain kind of grit that I wasn’t willing to extend to a place that I was eventually going to leave behind. All I ever thought about was fall, I looked forward to it like a kid awaiting Christmas. When the birds gathered for their great migration south, when grass went dormant, and Halloween loomed on the horizon—then and only then it was time to rejoice. But then… the next summer loomed and the long fall and winter shadows were short-lived and temporary.

There was no reprieve in sight and there just wasn’t anything to love. How do you thrive in 100 degrees in July, which is over 40 Celsius? How do you get used to melting candles when your air conditioning goes out? I’ve seen it with my own eyes; first the candles turn soft, then their base shifts, ending up in an unrecognizable heap of wax with a crooked wick. How do you connect with wilted crops in the fields and a heat visible to the naked eye? What’s to love about mirages and wavy lines on pavement, and something that looks like steam rising from a road or sidewalk after a summer rain? How do you live with your heels digging into asphalt soft as a sponge and dogs’ paws unable to walk on it for weeks on end without blisters forming on their pads? 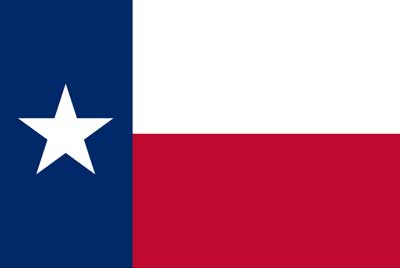 I admit, I found Texas a hard place to love for the better part of twenty years. I was reluctant to invest any feelings in the union, after all we didn’t mean to stay, had thought about moving for years, but never got around to it. There was no specific state we wanted to move to and since it was all the same to us, making a choice was the equivalent of pointing a finger at a map with our eyes closed. If we were going to move, we decided on New York City as our first choice. After all, it was the city that I visited often and immediately a feeling of home had descended upon me. It had the same climate I was used to, the buildings were sturdy and made to last, nothing like the clapboard houses and Texas bungalows with sandy clinker bricks and fireplaces that were just for show.

There are only two kinds of Texans: born and raised, or, as a popular bumper sticker goes, ‘I wasn’t born in Texas but I came here as fast as I could.’ But neither one was true for me. Where did I fit in, who was I and how could I embrace this land that I looked upon as an arranged marriage, temporary at best? Was I a transplanted non-native tree that just didn’t thrive in this climate? I knew I was partially to blame, I set my stories in New York City and California, as my way to escape and vicariously live somewhere else. I could write about other places forever but why was I incapable of appreciating the place I lived in? Would I feel at home somewhere else? There was a flicker of a recognition; what if moving was just a temporary fix and eventually the novelty of another state would wear off and I’d complain about cold winters and rainy days?

I wanted to write about Texas, longed for it to seep into my pores and change me somehow. As the years passed, it seemed like a waste to live here for decades and not be touched by its rich history: Conquistadors on a Texas beach in search for God, gold, and glory. But this was Indian country, with vibrant societies and cultures and even though Spanish conquistadors had claimed both glory and gold, they had also destroyed native culture along the way. My favorite hiking trail is around a local lake, where I found arrowheads and encountered a local woman who told me of native spirits haunting rural properties, how angry they were and refused communication with the living, wanting nothing to do with the people who had destroyed their way of life. I suddenly understood the essence of the land, felt it in the soil between my hands. I connected to what was lost, what once was. I was onto something yet there was no connection with the land as it lay before me if it wasn’t for its history. 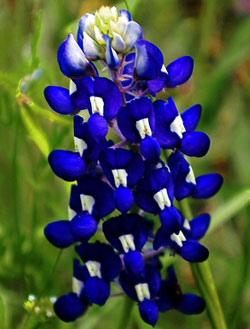 Then one day, while driving home after an Agents & Editors Conference from Austin—I didn’t take the highway but the backroads—and on a rural road I came upon a boy on the cusp of manhood pedaling a bicycle. He clumsily steered his way through the hot July afternoon on a road hazy with heat. He wore a suit and a tie and there was a wilted bouquet of flowers in his hand as he clasped on to the handlebar of the bicycle. It was a mere moment as I passed by, seconds really, yet something stirred inside of me. I was dying to know where he was going, thought either a funeral or maybe he wanted to propose marriage. He was the picture of grit and invention, of carrying on in the face of utter opposition of everything around him. The way he defied the July heat, not even a lack of transportation kept him from his mission, the suit that was going to cling to his body once he arrived wherever he was going, yet he had put it on and went on his way. The flowers in his hands had already begun to wilt and would end up a sad bunch upon his arrival, yet still he pedaled on. I still long to know with a fierceness bordering on obsession where he was going, but most of all it was his determination that moved something inside of me. It happened then, in that instant; I was able to tease out words. I wrote my second novel and I chose a fictional town in rural Texas. I named it Aurora, which means dawn in Latin. Dawn is the beginning of the twilight before sunrise, a place I had been stuck in for so long. I couldn’t have chosen Aurora, Texas, if it hadn’t been for the fact that the rolling hills and lakes demanded stories be told and abandoned farms longed to be given oxygen to propel forward whatever life was left in them. 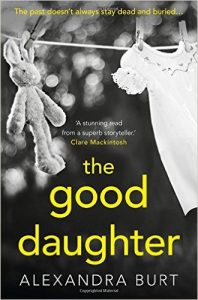 It wasn’t until I allowed Texas to be what it was with all its heat waves and flooding and tornadoes that the land began to tease out the love that was needed for me to be at peace. What was unlovable had become worthwhile, the strange had become familiar, and the familiar tugged on me and eventually I ended up in love. It might have been an arranged marriage, but it grew into something much more: the ‘Welcome to Texas’ sign was no longer a mocking, but an honest greeting. And one day, after I landed at the local municipal airport, I had a feeling of coming home. You can’t help but love what sustains you, as long as you give it a chance. “We’re home,” I say now as we pass the sign and I mean it.