A magical novel set along the banks of the Thames

Once upon a River…by Diane Setterfield…

A magical novel set along the banks of the Thames….

The best of stories start with the words “Once upon a time….’ Those words are the ones we learn as children. The words which announce a tale, a legend, build worlds, fire imaginations… 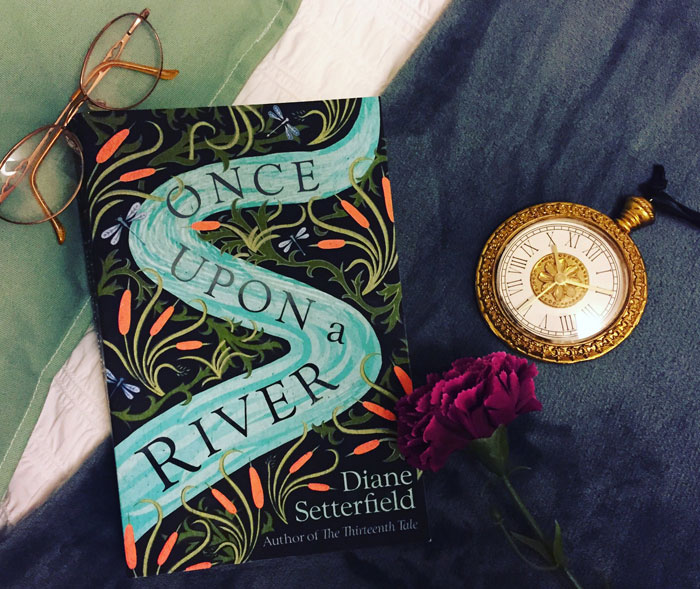 There are many tales along that river. The ebook is out tomorrow and it’s out in PB in the USA and Canada… so what better time than to pay a visit on TheBookTrail…

What a glorious ode to storytelling!

From the opening page, this was lyrical and like music to my ears.

Set in the countryside and along the banks of the Thames. this is a novel I am going to rmember for a long time.

The Thames hides, transports and supports life. The magic of the river is the main character of the novel and it has some stories to tell. And what a series of stories it tells!

A man and a child wash up on the banks of the river and are soon rescued. The man is on the edges of life, but the child appears dead. Not only that, noone knows who the child is. The man remains in a coma but the people of the village are keen to find out who the child is. Stories spread of the sad tale and so to do rumours and lies. Soon, a few people are claiming the child is theirs.

But outside the inn where the child lies dead, the river swirls, envelopes the neighbouring villages, takes life and controls the ebb and flow of life. It’s a very musical novel with the river echoing and representing the twists and turns of the novel’s plot. It’s all very clever and very atmospheric. Gothic and historical in equal measure. I found it a tale built on magical realism with its ribbons, like the river itself, running through the narrative. It takes characters away, introduces new ones and leads the story onto  another place.

And as for the ferryman of lost souls….

This is a story of so many currents. A novel about stories and their power. An ode to storytelling and the nature of legends, myths and a whole lot more. I really can’t give this novel justice. I just loved and savoured each and every word. Every scene was painted in muted colours with splashes of magical realism. It was the literary equivalent of taking a long bath and letting it flow all over you. The storytelling soaks in to your skin.

The novel is also an ode to how stories morph over time. How a story upstream can flow and adapt becoming another down stream. What makes a story? The river here picks up magic, tragedy, secrets,lies, families and more and  blends them into its waters.

It really is a magical story and the words, aah those words. I loved it. 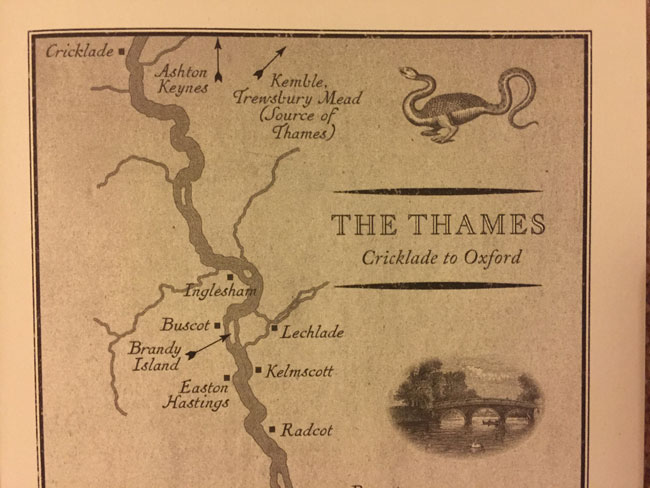 Setting: Along the banks of the Thames

It’s a magical and ethereal tale of how stories spread, wash over us and immerse us for years to come.