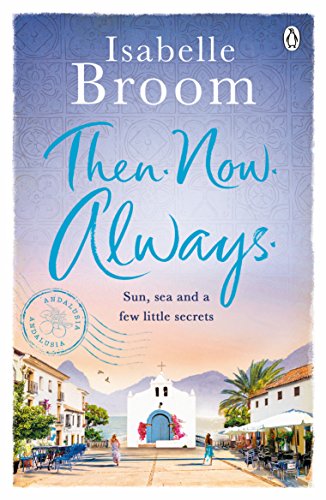 2000s: ARe YOU ready for the holiday with a difference in Mojacar?

Hannah is ready for an adventure. She’s excited to be off to Spain with her boss – well she’s there to film a documentary with her boss and other colleagues but since she fancies her boss,she’s hoping that something more than work is going to happen between them

But as with the best attempts to get two people together, there are a few obstacles in the way such as Tom (Hannah’s best friend and cameramen) and Claudette (the presenter) would stop getting in the way…

Things become even more complicated when Nancy, Hannah’s half-sister arrives. What on earth is she doing here? Hanna might not have the time away she was hoping for! It’s going to be memorable thought that’s for sure.

Welcome to the village that time has forgotten. In the past ten years apparently it hasn’t changed as this makes Hannah wonder why she’s not been back before now. The charm of the white buildings and the gorgeous flower displays, the twisty streets and stunning sea views…

The lovely homely village of Mojacar sounds an ideal place to film in and even to live in! No wonder Hannah has suggested filming a programme about the history of the place. There’s plenty of stories from this little place in the sun!

The stories of the people, the folklore and the magical sunny Spanish location – ideal for a travel feature and the trials and tribulations of the expats living there.

Smell the flowers (and maybe the coffee too) feel the Spanish hillside breeze on your hair and breathe in the sense of a new beginning as well as blowing away life’s disappointments and those toxic people in your life. 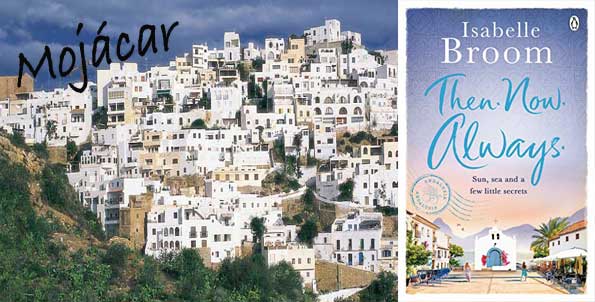 Isabelle Broom you really should get a job in a travel agency – actually I’m not sure you could sell anymore holidays if you did? First Greece, then Prague and now Mojacar in Almeria, Spain!

Every book is like a postcard – drawing the best and the quirky from every location sprinkled with the Broom charm of fun characters, meaningful stories, laugh out loud scenes and touching moments.

Hannah has to spend time producing a travelogue and so chooses Mojacar as she remembers the place from her childhood. She goes with her work colleagues but also her boss who she’s secretly pining for. when the blurb asked For just once in her life, can’t Hannah have one perfect summer, free of any drama? I thought, haha no, imagining Isabelle Broom rubbling her hands with glee as she wrote it.

There’s plenty of Spanish flavour, Spanish fun and lots of sunshine. It’s a strange sensation returning to a place you’d be known as a child or from years ago and I think Isabelle picks out the feelings of confusion and nostalgia well. The town hasn’t c[hanged too much in many ways, its’ beauty still evident but Hannah changes as a person whilst there. And it’s both a humourous and very moving story! She’s a bit of a wet blanket at the start of the book so well done Mojacar for waving its magic!

‘Mojacar showed me who I was, and who I wanted to be‘

Well Hannah and Isabelle, this book made me want to go to Mojacar and see what magic I might discover there too!