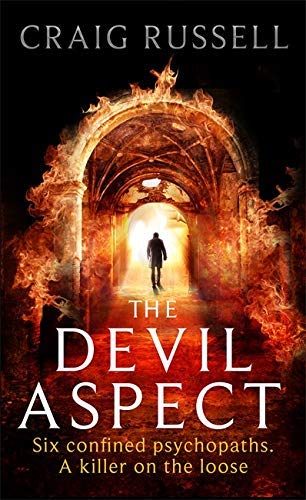 1935: What is lurking the streets and darkness of Prague ?

1935. As Europe prepares itself for a calamitous war, six homicidal lunatics – the so-called ‘Devil’s Six’ – are confined in a remote castle asylum in rural Czechoslovakia. Each patient has their own dark story to tell and Dr Viktor Kosárek, a young psychiatrist using revolutionary techniques, is tasked with unlocking their murderous secrets.

At the same time, a terrifying killer known as ‘Leather Apron’ is butchering victims across Prague. Successfully eluding capture, it would seem his depraved crimes are committed by the Devil himself.
Maybe they are… and what links him with the insane inmates of the Castle of the Eagles?

Only the Devil knows. And it is up to Viktor to find out.

BookTrail Travel to Prague and the Czech Republic

Castles, gothic alleyways, a 1930s Jack the Ripper, Dracula, tales of black magic and more….this is a novel to transport you right at the heart of a very spooky and gothic Prague. Now of course part of the Czech Republic, this is still Czechslovakia in the novel.

In the footnote, the author describes how he visited the Karlštejn Castle and thought it was ‘one of the spookiest places on the planet, even on a sunny day.” He noticed that this was the place where the Emperor would hold audiences and where, if you spoke to him, you were cast in sunlight, but that the Emperor remained in the shadows. This is mentioned in the novel and is like the place where Smolek, the policeman has his office.

Clifftop castle, said to have been built atop the gates of hell, filled with period art & furniture. This is what inspired the author and with a description like that, it’s not hard to see why!

Nearby is the forest from where the author heard about many legends and mysteries which help to populate this novel. Carl Jung , was a Swiss psychiatrist and psychoanalyst who founded analytical psychology. He saw the creation of legends and myths as an externalisation the collective unconscious. Like Dominik Bartos in the novel, he believed he could communicate with the dead.

This is a mix of the Bohemian, Moravian and Slovakian castles and forts the author visited as part of the research process.

Carl Jung and the Red Book

This was a text which the author got to see and so wove it into the plot. The Jung family had believed ti would damage Jung’s reputation in his lifetime. When the author did get to see it, he realised how similar it was to the illustrated manuscript that Filip Starosta has in the novel. Spooky and chilling or what?

Where do I start? I LOVED this novel and feared it at the same time. The setting is just perfect for this type of gothic tale and when I’d finished it and read the author’s inspiration, I was even more impressed with how he’d come about the story and enhanced it.

From the gothic castle, to the asylum, to the very idea that a Jack the Ripper character could be killing in Prague,….