The Ghosts of Altona (Jan Fabel 7) 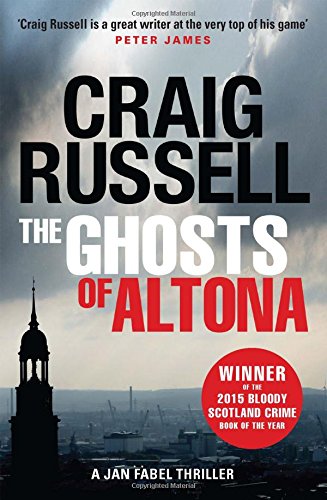 2000s: A true gothic demon is stalking the streets of Hamburg

Jan Fabel has dealt with the dead for nearly two decades, so you could say he’s seen nearly everything there is to see about the dear departed. However what should be a routine case turns out to a case from his past, which like a ghost,seems to have risen from the dead and is back to haunt him.

Monika Krone – Fabel’s first case at the Murder Commission – is someone he’s never forgotten. Her body until now was never found but fifteen years after she went missing, she is found and returned to her family. The mystery of what happened to her still lingers however.

Monika – ethereally beautiful, intelligent, cruel – was the centre of a group of students obsessed with the gothic. What happened that night, when Monika left a party and disappeared into thin air?  Fabel re-opens the case.

Meanwhile, Hamburg’s most dangerous serial rapist has escaped from high-security prison.  His suspicions that the escape is connected to the discovery of Monika’s body seem to lead to nothing but he can’t help but wonder there is more to his escape.

When men involved with Monika start turning up dead, the crime scenes full of gothic symbolism, Fabel realizes he is looking for a killer with both a hunger for vengeance and a terrifying taste for the macabre.

A true gothic demon is stalking the streets of Hamburg

Who would have thought that the gothic in style city of Hamburg lying peacefully by the River Elbe would be the setting for so much gothic tales of ghostly beings?

The river and the city are awash with tales of those who have passed on to the other side, ghosts, corpses and more. This is a city where there are clubs of people who meet up to talk over their Near Death Experiences(NDE) . A city seemingly built on macabre foundations which houses a Living Dead Club or two. Monika’s past includes her role as the “Silent Goddess” – another gothic nudge to the black, dark storyline.

In a chilling twist, one of the dead girl’s friends, is called Zombie due to a mental condition he has which makes him believe he’s the walking dead.

Altona is the westernmost urban borough of the German city state of Hamburg and it sits on the banks of the Elbe. From 1640 to 1864 it was under the administration of the Danish monarchy. Altona was an independent city until 1937.

Being the head of Hamburg’s Murder Commission allows Jan to walk in the darkest and most chilling shadows of the city. With a monster nicknamed Frankenstein on the loose, this is a city living in fear and the sense of foreboding is riveting and the city a stage for the unknown and creatures of the night.