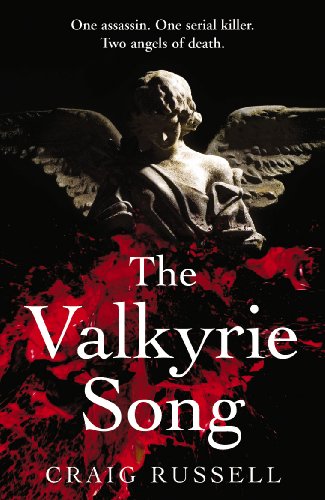 Jan Fabel, head of Hamburg’s Murder department is having more problems that unusual.

After ten years,  a female serial killer – the Angel of St Pauli – again makes the headlines when an English pop star is found in Hamburg’s red-light district.

There’s something else hitting the headlines as well –  a long-forgotten project by East Germany’s Stasi conceived at the height of the Cold War, involving a highly-trained group of female assassins, known by the codename Valkyrie.

Fabel’s hunt for the truth will bring him up against the most terrifyingly efficient professional killer. The ultimate avenging angel. Fabel soon realizes the real danger he faces in hunting the Valkyrie

St. Pauli situated on the right bank of the Elbe river contains a world-famous red light district around the street Reeperbahn. This is wher emuch of the novel takes place. Not a sight on any tourist map of course but for this booktrail, it’s the place to be.