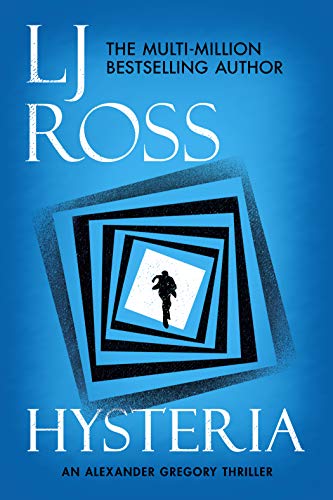 2000s: In a beautiful world, murder is always ugly…

Recently returned from his last case in Ireland, elite forensic psychologist and criminal profiler Dr Alexander Gregory receives a call from the French police that he can’t ignore. It’s Paris fashion week and some of the world’s most beautiful women are turning up dead, their faces slashed in a series of frenzied attacks while the world’s press looks on.

Amidst the carnage, one victim has survived but she’s too traumatised to talk. Without her help, the police are powerless to stop the killer before he strikes again – can Gregory unlock the secrets of her mind, before it’s too late?

Murder and mystery are peppered with dark humour in this fast-paced thriller set amidst the spectacular Parisian landscape.

The novel is set during the time of Paris Week, so think posh hotels, haute couture and fabulous frocks. This is the glamorous edge of the city however and this book goes far beyond that and under its dark, dark belly. There is an attack in an upmarket hotel and Alex has to venture into some interesting parts of Paris which are off the beaten track.

The book opens in the Tuileries  Gardens and soon we are taken into a very classy hotel in the centre of Paris where the models are staying. There’s a visit to the stage area, the Maison Leroux and more and it’s an eye opener as to what goes on during such a busy week in the French capital.

The city is explore some more as we head over to China town and various arrondissements around the city where tourists wouldn’t normally go. There’s an focus on the area in and around Pigalle and the area where Moulin Rouge is. There’s also a nice mention or two of the Jazz quarter where Gregory goes and it’s music to any jazz lovers ears!

Plenty of French snippets, history, the way the police work and Gregory sees all this with the views of an outsider trying to work in the French justice system which is illuminating!