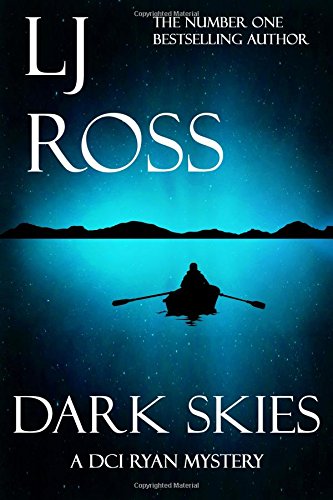 2000s: There’s something so dark in the middle of Kielder Forest

One fateful, starry night, three friends embark on a secret camping trip but only two return home. Thirty years later, the body of a teenage boy rises from the depths of England’s biggest reservoir and threatens to expose a killer who has lain dormant…until now.

Detective Chief Inspector Ryan returns from honeymoon to face danger from all sides. In the depths of Kielder Forest, a murderer has escaped justice before and will do anything to protect the secrets of the past. Meanwhile, back at Northumbria CID, an old foe has taken the helm as Superintendent and is determined to destroy Ryan at any cost.

Who will prevail in Ryan’s most dangerous case yet?

The author note states that Reedmere Farm and Adderburn such as other placed are only fictional and shouldn’t be confused with real places which existed either before or after the reservoir was created. There may well be a pretty woodland clearing she says where you might find your own gingerbread cottage or two. Failing that, can we suggest a gingerbread biscuit in one of the many nice visitors centres around Kielder.

The author has many happy memories of exploring this hamlet as a child. Inspiration for the book years later?  It was purpose-built for housing forestry workers in the 1950s

This countryside really is as spectacular as it is in the books. This time the action goes to a time before Kielder Water, a large man-made lake, even  existed and was instead  a small village surrounded by Kielder Forest.

Back then it was the kind of place you’d want to go camping and certainly now, so it’s the perfect place for a story such as this. The trees, the landscape, the feeling of remoteness, at being at one with nature is very  atmospheric, calming in parts but a rumbling of foreboding in others.

It’s the perfect setting and so the most opposed to these awful crimes and mystery.

There’s many sprinkles of history throughout this book – Kielder is a very unique place where the ghosts of the past live in their submerged village. The  serenity of a place, the haunting stillness of a beautiful part of the country. Perfect for a honeymoon…

You know when you’ve always thought of an area of England as being very calm and quiet and then you read a novel to really chill your childhood memories? This is that book. Read these as standalones or feast on them in order.

Kielder is a man made reservoir which LJ Ross has taken and delved into its murky depths producing a dead body and murderous intent. In reality this area is calm solitary and peaceful but there is a sense of isolation and silence too – this is what LJ Ross has taken and woven into a criminally good story.

The area might be full of heritage and history but so too is the find of the body – it’s been found after 35 years and is linked to a past case. And that’s not the only one…The police operation is even named after Kielder heritage – Operation Stargazer. Now, you can read the book and go to the Kielder Observatory to see the Dark Skies for yourself.

For a beautiful reservoir, there’s some slimy fish involved in the case. Let’s say no more, but the Jaws music played as I read some parts…

A book where the setting advances and expands the story – the vastness of the skies, the depth of the water and the case, and the reality that calm waters can hide a great deal of what lies beneath.