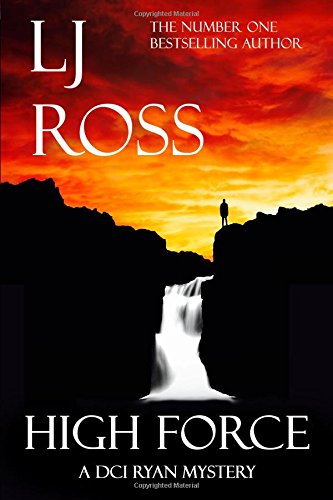 Detective Chief Inspector Ryan’s worst nightmare has just become a reality. Notorious serial killer The Hacker has escaped prison and kidnapped one of his best detectives from her own home. His brutality is the stuff of legend – Ryan lost his sister and nearly his own life bringing the man to justice first time around. Can Ryan do it again to save his friend?

There’s a nationwide manhunt underway but the trail has gone cold and fear spreads like a virus. Ryan and his team must find The Hacker before he takes another life – but are they too late?

The clock is ticking…

Murder and mystery are peppered with romance and humour in this fast-paced crime whodunit set amidst the spectacular Northumbrian landscape.

A beautiful waterfall or a deadly body of water with the force and rumbling noise you will never forget.

This is the place to discover the force of nature  and an ideal and raw setting for the murder mystery. It follows the plot line of a murder mystery in a way for it starts as a trickle before gathering pace and ending in a spectacular noisy and raw force to be reckoned with. A heart in the mouth drop of some 21 metres. However High Force is no ordinary murder mystery and you are in fact thrown in at the deep end with a tense and action-packed novel.

This waterfall – the power, the strength, the force behind it mirrors that of the Hacker in the novel – dark, edgy and downright dangerous.

You could always go and visit this lovely place and take the gentle route by taking the book and settling down at the end of the woodland walk which leads you to view the base of the falls.