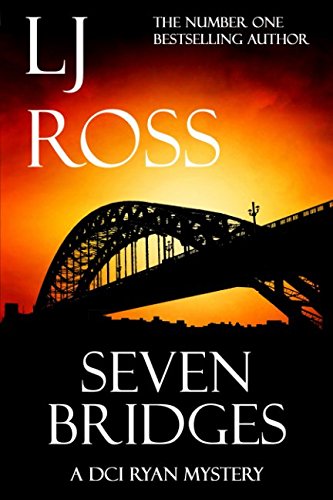 It’s been five months since a killer walked free and DCI Ryan is preparing to leave Newcastle to hunt him down – this time, for good.

But Ryan’s plans are scuppered when events take a dramatic turn and he is forced to stay and face his past one last time, or watch a friend suffer the consequences.

Amid the chaos, another killer is preparing to strike. When the Tyne Bridge explodes, Ryan’s team are faced with a frantic race to uncover a deadly foe who won’t stop until every bridge is burned, along with everybody on it…

Murder and mystery are peppered with romance and humour in this fast-paced crime whodunit set amidst the spectacular Northumbrian landscape.

Newcastle and Gateshead don’t do things by half. Within a mile along the stretch of the river Tyne, there are seven bridges.

October 8th 2018 is the 90th anniversary of the famous Tune Bridge and in this novel, it’s the one in danger when someone is trying to destroy the key bridges in and out of the city.

Bomb disposal teams are brought in and there is a keen sense of immediate danger and an investigation which seems to go in the most unexpected of directions.

A nice contrast is the village of Elsdon just outside the city an close to the Northumberland National Park. It’s the new home for Ryan and there’s a castle to protect against all the bother he’s having in Newcastle.