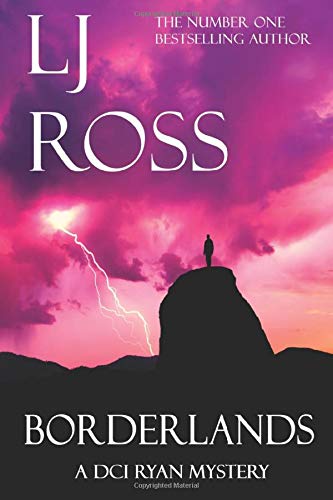 After uncovering a fresh wave of corruption within the ranks of Northumbria CID, Detective Chief Inspector Ryan was looking forward to an uneventful summer. But, when a young woman is shot dead on the remote army ranges of the Northumberland National Park, Ryan is called in to investigate.

Meanwhile, violent crimes are being committed across sites of historic importance in the North East, the perpetrator leaving only a graffitied symbol as their calling card. As the body count rises, Ryan and his team must unravel the mystery behind its meaning – before it’s too late.

Discover Otterburn and Northumberland with Borderlands

The novel is largely set in and around the Otterburn training camp in Northumberland, close to the village of Elsdon where DCI Ryan lives.

“In days gone by, it had been the site of a major battle between the English and the Scots, but nowadays it serviced a large army community as well as tourists, hikers and wildlife enthusiasts who flocked to visit the area.”

“The Otterburn ranges were situated in a remote corner of the world, covering ninety square miles of the Northumberland national park, which was an area of outstanding beauty in the northernmost uplands where England met the border with Scotland.”

Linsheils Lake and Witch Crags where the crime scene is:

“The sky was a bright, bold blue by the time the Jeep reached the small mass of water known as ‘Linsheils Lake’, on the eastern edge of the Controlled Area and not far from the village of Harbottle.”