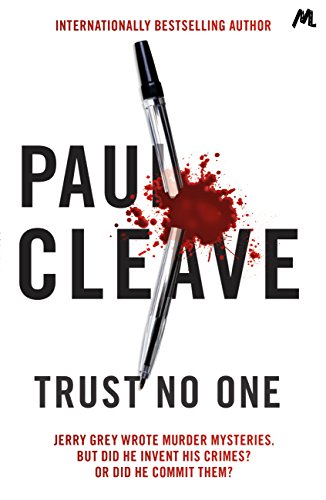 His novels tell of brutal murders and bad men.  But was it just his imagination?

Jerry Grey is better known as crime writer Henry Cutter – whose twelve books kept readers gripped for over a decade. Now he’s been diagnosed with early onset Alzheimers, and his writing life has ended.

But the stories haven’t. And as his control loosens, Jerry confesses his worst secret: the books are real. He remembers committing the crimes.

His friends, family and carers say it’s all his head. He’s just confused.

But if that’s true, then why are so many bad things happening? Why are people dying?

It’s fair to say that Paul Cleave paints quite the vivid picture of Christchurch’s darker areas! Of course, this is all fictional, but he blends in a lot of the common and popular places into his narrative.

The central police station is a common port of call for the officers on the case and in this novel, the hospital plays a major role.

The Garden City gets a nice mention:

“One of the greatest things about this city, he remembers, is the number of parks. It’s why its called The Garden City, and not because of the amount of people getting buried in vegetable patches. Of course that’s the kind of thing Henry would quip about in one of his books.”

BookTrail Boarding Pass: Trust No One