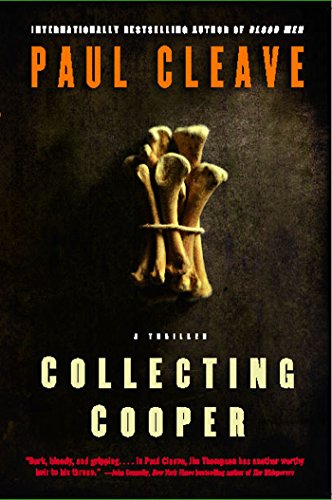 2000s: Christchurch is being stalked by a woman killing men in uniform.

People are disappearing in Christchurch.

Former policeman and now Private investigator theodore Tate is asked to look into the matter. Tate knows Emma Green and her father as he nearly killed her in a DUI and so he owes him big.
The investigation gets underway and lot of clues seem to be leading to Grover Hills, a mental institution that close three years ago. This was a place where bad things happened and where now no-one wants to talk about.

The day Theodore Tate is released from the Christchurch prison is the day of his worst nightmares. Detective Inspector Schroder, during one of the worst heat waves the city has experience fora while, comes and asks him for assistance in a case. That’s when the real heat mounts up and starts to burn.

Schroder wants Tate to help track a murderer known as Melissa X, who targets men in uniform. Meanwhile, Lawyer Donovan Green wants Tate to find Emma, the girl Tate went to prison for almost killing. Emma’s disappeared, as has her university psychology professor, Cooper Riley. As Tate takes up the trail, he discovers a link to an abandoned mental institution on the outskirts of the city; a place where very bad things happened, years ago.

This is a grim grim place where the outside facade now merely casts a shadow of the evil of the past, the thing which happened here all those years ago –

This is  dark and desolate Christchurch, one where slayings and killings are all around, and where in this case the taboo and often forgotten mental institution situated on the outskirts of the city has come back to haunt.

“What is it you say about Christchurch? “It’s broken,” I answer, and it’s true. “Yeah it seems as if its been breaking down for a while”

One of the characters who narrates the story and shows Christchruch through his eyes is Adrian a brain damaged man who was also bullied when in an asylum….now he lives with his haunting memories and fascination with serial killers. Professor Cooper also worked at the asylum.

Many threads, many dangerous characters using Christchurch as their stopping ground.