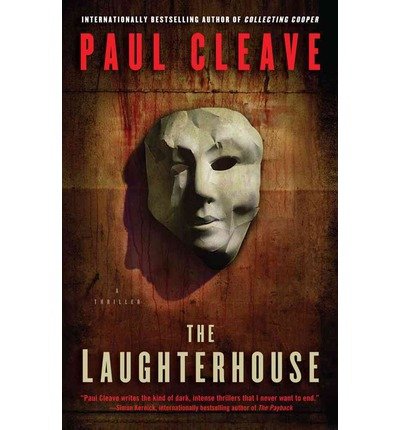 2000s – Theodore Tate, a private detective living in Christchurch fears that the perpetrator of his very first crime scene is back all these years later

Fifteen years ago, Theodore Tate attended his first crime scene and it’s something he’s never forgotten. How could he when it was the body of Jessica Cole, a ten year old girl found in an old abandoned slaughterhouse, chillingly nicknamed the Laughterhouse as the  ‘S’ was painted over. They got the guy but then he was killed as an act of revenge.

Now Christchurch is being plagued by someone who seems hellbent on finding the rest of those people who were involved in Jessica’s murder, whether it be doctors, the police, anyone who helped Jessica’s killer to go free.

When one of these people, Doctor Stanton is kidnapped along with his three daughters, Theodore realises the urgency of the case. For the doctor is going to have to make a decision about which daughter dies first, if Tate can’t find them all first

Christchurch as you have never ever seen it before. Someone is carrying out revenge for a case which happened more than 15 years ago. Killing people involved in a murder case of  a young girl.

The killer is clear from the start but it’s the journey that matters. And to set such a gruesome trail of murders around the city known as the Garden city, then this makes it all the more horrific. Christchurch is a subject of stories –

“.. the weather and the crime rate and the boy racers, the boy raceer who have their teeth in this city and won’t let go”

Tate’s Christchurch may be a hellhole as described in Laughterhouse (That missing S makes all the difference) but its one in which the bleak and dark underbelly come to the fore. It’s seemingly full of killers, criminals of various descriptions and even the weather seems to adapt to the grim reality on the ground –

“It’s bad funeral weather. The early Monday Morning Christchurch sun has given way to rain, a cloudless sky now nothing but grey without a hint of blue, one minute the rain thick and steady, the next nothing more than annoying drizzle..”

Revenge is the ultimate landscape here but it is one fraught with danger, consequences and is a lonely, lonely journey towards a bitter and in this case deadly destination.