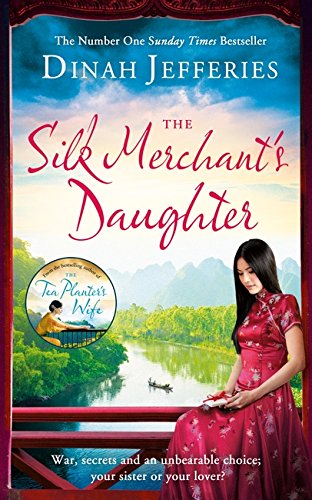 1952: French Indochina –  a country torn in two and a girl stuck between two cultures and a dangerous choice

1950s Hanoi is a city of two sides torn apart by war- Vietnamese and French – and everyone fears for its future. Sisters Sophie and Nicole, half Vietnamese and half French live across the cultural divide. Sophie is more French, whilst Nicole looks more like her Vietnamese mother and feels that she is seen as somewhat of an embarrassment to her family. Sophie is given the family silk business to run on her own and all that’s left for Nicole is a small run down silk shop in the Vietnamese quarter of Hanoi.

But war is creeping ever close to the city and as the French lose control from the rebel Vietminh forces, Nicole’s loyalties are about to be tested when she learns a devastating family secret and suddenly nothing is as it seems.

Vietnam, Hanoi – In 1952, part of French IndoChina and a country torn apart by war.

Many of the streets and features of the city in the novel are obviously not there now but the booktrail aims to give a modern interpretation of the places with historical significance.

This is a vibrant and culturally rich place sullied by war and violence. It is a country in chaos for no one can predict what will happen next. Loyalties are divided between two cultures, two peoples, and even within families.

Hanoi is painted with rich, vibrant paintbrush of words, the silk shop and silk trade are an important part of Nicole’s world. She makes a success of the shop, immerses herself in the vibrant word of the silk trade, and in her Vietnamese heritage. There is even a chance of a romance in the form of an American silk trader, but what is he doing in Hanoi and what side is he on?

But the area is full of rebels hoping to end French rule, and determined to achieve this through whatever means necessary. There is injustice after injustice as the tension rising with both sides desperate to get the upper hand. The tension, both political and racial is felt in the eyes of the poor on the streets, poverty and dirt outside a shop that sells luxury silk. People running scared, starved and afraid.

She is drawn to this world and a man within it, for her family seem to offer no loyalty. Only the French housemaid who has nursed he since a baby seems to have any understanding of her plight. The family secret has put her world into chaos and she is forced to make some heartbreaking decisions.

Nicole’s choice is hard -she has formed attachments on both sides, and still cannot trust her family. Alone in such a brutal and unforgiving world, this young silk merchants daughter has an impossible choice between emotions, culture, faith and family.

How Dinah Jefferies paints such vivid and evocative pictures with words I don’t know. Each word is a brush on the canvas, each chapter a new part of the picture until the very end when you can step back and marvel at the work of art in front of you.

This was a really interesting read on so many fronts – the cultural issues, the time and setting and the historical context all created a world I had no experience of but which I felt immediately drawn to. What must it be like to feel as if you belong nowhere?

The  historical setting and portrayal of war was fascinating as it was brutal. When Nicole starts siding with them, I felt on edge and worried for her. The heat and chaos  merged with the silky softness and luxury of the silk industry and the worlds came together in an intoxicating mix.

This novel really is rich in history as well as culture and you can feel so many emotions as to what it must have been like to live in colonial Vietnam. In a family with such divided loyalties. Nicole was a great character who I felt close to as I did with Lisa the housemaid. The plot played out beautifully and I was drawn in, and didn’t stop to read until I had finished the book , late one night and then I couldn’t sleep for thinking about it.