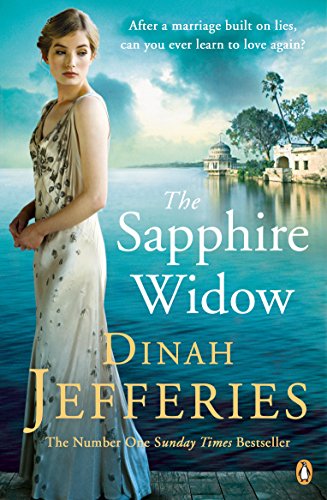 1935: Mystery in the Ceylon plantatations

Louisa Reeve, the daughter of a successful British gem trader, and her husband Elliot, a charming, thrill-seeking businessman, seem like the couple who have it all.

Sadly they are struggling to have a baby and Louisa suffers several miscarriages, Elliot spends increasing amount of times away at the local cinnamon plantation. Then tragedy strikes andLouisa is left alone to solve the mystery he left behind. First stop is the plantation at Cinnamon Hills, and its mysterious owner Leo.

The plantation is hiding many secrets and it’s where Louisa finally gets some answers. But her own future is now at stake…

Oh the most scented, fragrant and hot countries evoked in literature.

Galle is described as a 300 year old walled city and the book evokes the setting in exquisite detail.

There’ the shimmering turquoise sea, the citronella lamps which keep the bugs away, the tiny animals who seem to sing at all times of day. The house itself where the two lead characters live is opulent, an 18th century grand colonial house  with wooden beams and ceiling fans. They live a life of comfort – with staff and as many silk dresses and gems as Louisa could wish for.

A cinnamon estate in the countryside , a little over twenty miles from Galle where Elliot owned shares in the business. This is where Leo works and where Louisa goes in search of answers. Sadly for her, she finds them. The book also evokes and describes the hard work of what harvesting cinnamon is all about. Ceylon cinnamon is particularly good we are told.  “It was first take to the Middle East by sea in antiquity and Nero is said to have used it at his wife’s funeral. OUr cinnamon has even triggered wars”
“ As she drove round the crescent of Galle Bay, passing sits small deserted island, she glanced out at the large boats anchored at the southern end of Rummassala Hill”

The ancient Sanskirt epic of The Ramayana told of  a time when Hanuman, the Indian monkey wariiot-god, needed herbs to treat the wounded in his warmy during the battle agains the demomic King Ravana of Ceylon, But there were no  mdicinal herbs here so Hanuman went back to India but brought past a piece of the Himalayas where the plants he needed grew but he accidentally dropped it at Rumassala” This is why Louisa and the the people here believe the area to full of medicinal herbs

After leaving Galle, she drove through the rainforest and realised how heavily it was being logged. Then she passed by the Gin Ganga River

Ceylon as once called Serendip….  the island of Jewels….

Louisa starts to become interested in the gem industry and takes the time to learn how gems are found and the process required to get them looking like the jewels you find in jewelry. This is the new business Elliot was investing in and Louisa visits the gem factory. Gemstone mining here is from  secondary  deposits and and they have the perfect geological conditions in this part of the country,

This remarkable novel transports you to Ceylon, and allows you to discover the world of the plantations, the difficulties of the gem and sapphire industry, a troubled marriage…this novel is packed to the rafters! There’s so much to immerse yourself into and even before the second page, I felt totally lost in the world of the Sapphire Widow. There’s something very magical about Dinah’s writing, she really does paint a picture of the 1930s Ceylon, now Sri Lanka. The stunning cover is a door to a very unique and captivating world.

Against this background a mystery plays out of a woman newly widowed, having to sort out the mess her husband left behind, as well as the secrets. I felt very close to Louisa and despite her fairly charmed existence growing up , there’s an inherent sadness and as her story unfolds, there’s lots of emotions and understanding which come to the fore. Of course, these were different times and women were often kept in the dark about business affairs, but it’s more the shock that her own husband could have been someone else entirely that made me feel her pain.

Her task to discover secrets of the past, and try to put them right is admirable and as one shocking turn of events follows another, I’m not sure who was more surprised – me or Louisa! There are many twists and turns, and the setting plays a majorly important role. It was fascinating to learn about the plantations, the sights and smells of such a place, the work required to keep a business going here. A woman in a man’s world, and then the word of gemstones, where even the shine there is not what you think.

Simply gorgeous with a mysterious and revealing plot that shakes out one surprise after another. Heartfelt emotions and well developed characters. A gem of a read