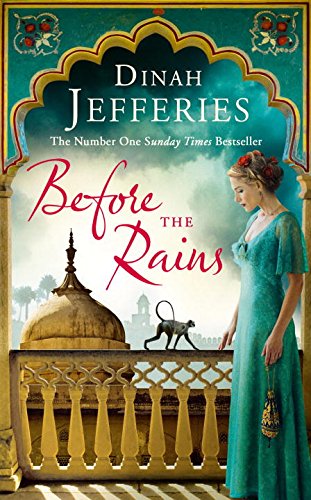 1930s: India’s customs and culture at the time of the British Rule are wonderfully evoked and interwoven with a love story with a difference

1930, Rajputana, India. Since her husband’s death, 28-year-old photojournalist Eliza’s only companion has been her camera. When the British Government send her to an Indian princely state to photograph the royal family, she’s determined to make a name for herself.

But when Eliza arrives at the palace she meets Jay, the Prince’s handsome, brooding brother. While Eliza awakens Jay to the poverty of his people, he awakens her to the injustices of British rule. Soon Jay and Eliza find they have more in common than they think. But their families – and society – think otherwise. Eventually they will have to make a choice between doing what’s expected, or following their hearts. .

Dinah evokes India with magical, colourful and stunning images of Indian colour and culture. This is a magical land she says. This is a a journey into the more dark side to Indian culture too and the secrets behind the palace.

This is one immersive tour of India – have you ever been to a camel show for instance? Or a puppet show in which the puppetmasters play out stories of fate and destiny.Many Indian traditions  – Hindu traditions – are said to be based on destiny and the Adit Chuker – the unseen wheel of fate is ever turning.

Eliza’s journey into this world and the Royal environment  – the somewhat gilded cage surrounded by poverty – opens her eyes in many ways. They say a photograph says a thousand words and these photos may be colourful but they have several dark shades. The worse being the ‘tradition’ of  Sati (also called suttee) which is the practice among some Hindu communities where a recently widowed woman either voluntarily (or by use of force or coercion)  burns to death on her husband’s funeral pyre. Widows are thought to be witches as they have outlived their husbands. Eliza herself is a widow so the dangers are there from the start…

Jaipore, Udaipore and Rajputana are spelt as they would have been at the time. Jurapore is entirely fictional. 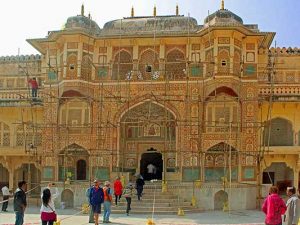 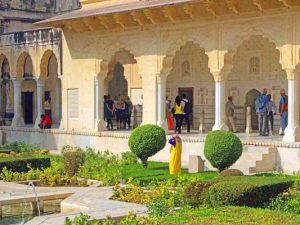 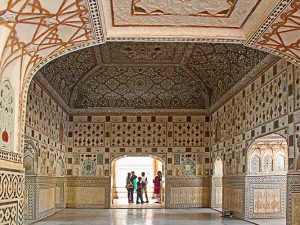 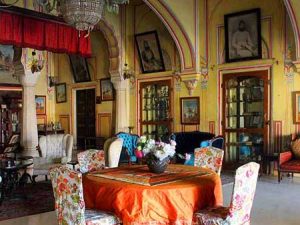 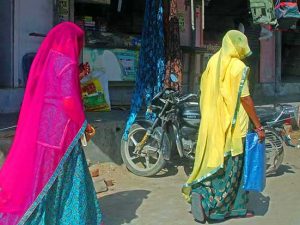 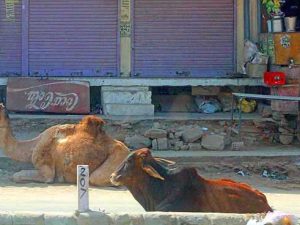 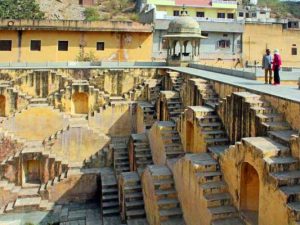 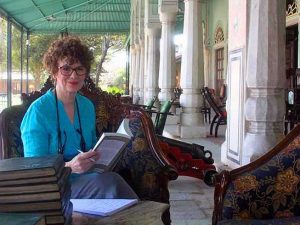 I love Dinah Jefferies and have been impressed with all of her books. This one is no exception and was gripping and an amazing immersive reading experience from day one.

Eliza was a strong character placed inside a world of intrigue and her task of documenting royal life meant that she saw a lot more than she or anyone else bargained for. The palace was a lush and regal place with secret passages, carved out panels and golden furniture but a gilded cage is still a cage and the control she was under put her under immense pressure. Eliza was strong to realise and examine what was going on – she was the outsider who came into this world and tried to immerse herself in it and not judge.  When taking about the meaning of Karma and fate, she says that a misunderstanding between cultures can be due to an interpretation of language. How true this is.

The dark shadows of the book was the theme of Satti which I shuddered at but it was examined with care and attention from the fate of those who were its victims. The other colours of the story came in in the form of the  Holi Celebrations with the coloured face powder, the sense of celebration and the need to feel that your family and your honour are inextricably linked.

The story is set at a very crucial time of Indian/British religion – when the British are announcing plans to move the capital to the new imperial Delhi. Indians and British are at odds with one another. Suspicion is rife. This is a story which merges all of these themes and more into a stunningly epic read.