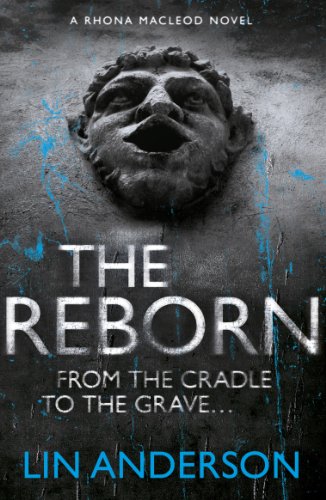 2000s: If you don’t like clowns you may not wish to read this one…or baby dolls for that matter.

Forensic scientist Rhona MacLeod is called in to assist the police. This case looks set to be one of the most creepy and sickening yet as it’s suspected that

Jeff Coulter, a psychotic inmate at a nearby hospital may be responsible – his hobby is making “Reborns” – chillingly realistic baby dolls intended for bereaved parents or those unable to conceive. But sometimes the dolls are not dolls at all.

Could he really have orchestrated the murder from a secure mental facility?

And why? The investigation leads to a group of teenage girls who seem to have all got pregnant at the same time. Then a Reborn doll is discovered near the crime scene and a second girl from the group is found dead.

Kelvingrove park – the centre of Glasgow now which houses a grand and gothic museum in its centre. In the novel, it;s the setting for the funfair and the scene of the crime. Clowns in a park at night would for many be a scare too far:

“She could hear the distant sounds of the funfair in Kelvingrove Park. In years gone by it has been housed in the  Kelvin Hall, now a sports arena. She had gone there as a child with her father and now the distant sounds conjured up memories of her warm hand enveloping her, the scene of tobacco from his coat and the sweet crunch of candyfloss”

“In the distance rose the majestic edifice that houses Glasgow’s famous Kelvingrove museum and Art Gallery and on the hill behind, was the towering line of Glasgow university”

“Criss-crossed by numerous leafy walks and cycle paths, it was a favourite haunt for all age groups in daylight but , like most inner city parks, it was not for the faint of heart after dark”