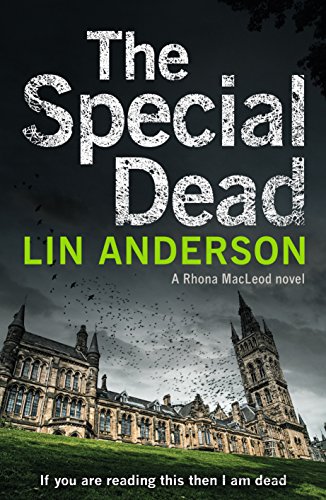 2000s: Witches and spooky goings on with macabre killings in Glasgow and Edinburgh

When Mark is invited back to Leila’s flat and ordered to strip, he thinks he’s about to have the experience of his life. Waking later he finds Leila gone from his side. Keen to leave, he opens the wrong door and finds he’s entered a nightmare; behind the swaying Barbie dolls that hang from the ceiling is the body of the girl he just had sex with.

Rhona MacLeod’s forensic investigation of the scene reveals the red plaited silk cord used to hang Leila to be a cingulum, a Wiccan artefact used in sex magick. Sketches of sexual partners hidden in the dolls provide a link to nine powerful men, but who are they? As the investigation continues, it looks increasingly likely that other witches will be targeted too.

Apart from the more seedy side to the city, this is also a very interesting trail from a architecture point of view –

The initial crime scene for example is a real building which was dubbed Glasgow’s concrete castle :  independent.co.uk/glasgows-concrete-castle

“The block directly in front of her was the north side of the Lion Chamber, an art nouveau building, eight storeys tall, listed, but in critical need of repair. Originally designee and built as artists’ studios, it was an early example of reinforced concrete construction..”

Again the city where the undesirables come to hang out and where Mark Howitt works for RBS. Some of the investigation takes place here and it’s also the home to many of the Gothic and witchery events in the investigation. There is a coven invesigated here and tales of witchcraft and similar.

For a drink in the Edinburgh vaults themselves – unusualvenuesedinburgh

For a real underground experience – Realmarykingsclose.com