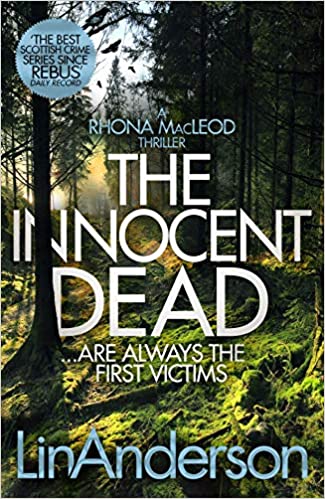 2000s: A child’s remains are found in a peat bog south of Glasgow..

Mary McIntyre’s disappearance tore the local community apart, inflicting wounds that still prove raw for those who knew her.

So when the present-day discovery of a child’s remains are found in a peat bog south of Glasgow, it seems the decades-old mystery may finally be solved.

Called in to excavate the body, forensic scientist Rhona MacLeod uses the advances made in forensic science since Mary’s vanishing to determine what really happened all those years ago . . . and who was responsible.

One key person had been Karen Marshall who was devastated by her best friend’s abduction. Questioned by the police at the time had led to a dead end and the case soon went cold.

Now the news of the discovered body brings the nightmares back. But added to that, memories long-buried by Karen are returning, memories that begin to reveal her role in her friend’s disappearance and perhaps even the identity of the killer . . .

BookTrail it round to the Peat Bogs of Scotland

The peat bog in the novel is called Ardvie Lochan. This kind of landscape is well examined and evoked in the novel. It feels dirty, raw, wild and soggy and there’s plenty of descriptions of soil erosion, layers and more. You can tell this land is very special from a geologist’s point of view and that Lin has done some serious research here.

“Once the remains were fully exposed, should they appear to be prehistoric, like the other bog bodies found in Britain and Europe, then archaeologists would be called in.”

There are wonderfully descriptive passages of how the soil is removed and sifted. The difficulty of moving  a body from here to a lab where it can be properly examined is astounding!

We also have a visit to Stirling but it’s the peat bogs in and around Glasgow that are the real star of the show here.

If it’s a gripping crime novel/police procedural you’re after then you really should be reading the Lin Anderson series of novels. She puts Glasgow well and truly on the literary map. Never mind that this isn’t exactly the kind of Glasgow you’d like to visit in the novel.

In a book however, it’s a great visit to the dark side.

There’s quite a sad tone to this novel as the remains of a child are found in a peat bog. The police realise that this could a missing eleven year old and so they are excited to test the DNA, speak to witnesses and really get this case sorted. The high level of emotion is evident. Anything regarding children is hard to read about but the author treats everything with care and attention.

The characters are as strong as the plot so I really think readers should read some of the earlier books to get a real sense of Rhona especially. This is a great standalone though and the level of intrigue, detail in the case and twisty plot are more than enough to grab you.