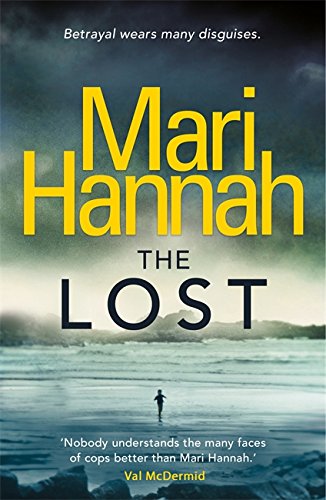 2000s: What starts as a missing child turns into something else entirely..

He was her child. The only one she’d ever have. It would kill her to learn that he was missing.’

Alex arrives home from holiday to find that her ten-year-old son Daniel has disappeared.

Stone has returned to his roots with fifteen years’ experience in the Met, whereas Oliver is local, a third generation copper with a lot to prove, and a secret that’s holding her back.

But as the investigation unfolds, they realise the family’s betrayal goes deeper than anyone suspected. This isn’t just a missing persons case. Stone and Oliver are hunting a killer.

A dense wooded valley packed with indigenous trees and shrubs. A continuos path led from one end to another – a distance a little over three kilometres – that crossed beautiful bridges and fast running waterfalls, gifted to the city by philanthropist Lord Armstrong in 1883.

The police is focused here. It was close to Wallsend – a former shipbuilding and mining town on the River Tyne – so named for its location on the eastern end of Hadrian’s Wall, once occupied by a different kind of force – a garrison of solider housed at Segedunum Roman Fort.

“Bolam Lake Country Park is situated in the heart of the beautiful Northumberland countryside surrounded by historic landscapes and dramatic views.”

You wouldn’t expect to see a police investigation to unfurl in such stunning surroundings but it does and the police have a lot to do in this part of the world.

NOT pronounced Pointy land! but Ponteeeland. A nice part of the world with a village feel outside of Newcastle and in the Northumberland landscaoe. Parker has a house up here and the police -Oliver and Stone – make several journeys to this part of the world to talk to one of the people involved in the case.

One setting where the book starts. Not too much to say about here as it’s linked with the case of course. Still having your garden gate facing the Southern face of the Sierra de Tramuntana mountains sounds lovely!

A bit different to previous Mari Hannah books – slightly less police driven and more character based – but what an exciting series this is going to be! First book published with Orion too so a change in many ways.

Very Mari and very much set in the North East with all the charm and Geordie warmth you’ve come to expect. A case of a missing child which starts as one thing but soon escalates in something else entirely! The twists and turns were neatly done and the insight into characters minds and motivations of the very high Mari standard.

It’s always  exciting and worrying when an author releases another crime duo but no fears here. Characters are strong and unique with flaws and quirks a plenty. There’s a lot going on that’s not even part of the police investigation which fleshes both the characters and the plot out nicely. Mari’s brilliant, immersive and perceptive writing is what makes this stand out even more.

Buy it now and then buy or reread her other ones whilst you wait for the next Oliver and Stone.