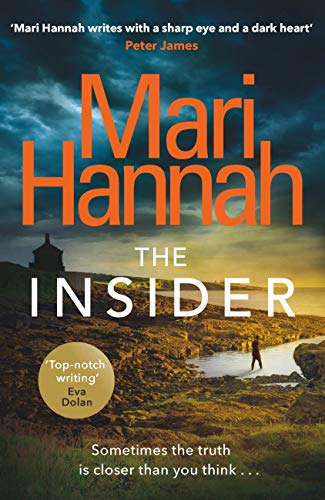 2018: The killer seems awfully close to home….and possibly closer than you think

When the body of a young woman is found by a Northumberland railway line, it’s a baptism of fire for the Murder Investigation Team’s newest detective duo: DCI David Stone and DS Frankie Oliver.

The case is tough by anyone’s standards, but Stone is convinced that there’s a leak in his team – someone is giving the killer a head start on the investigation. Until he finds out who, Stone can only trust his partner.

But Frankie is struggling with her own past. And she isn’t the only one being driven by a personal vendetta. The killer is targeting these women for a reason. And his next target is close to home…

It’s all about the railways in this novel. One particular part of track between Carlisle and Newcastle – right along the Tyne Valley and it’s oldie worldie villages seemingly untouched by time, but not sadly by crime as Oliver and Stone find out.

Stocksfield station is of particular note. The investigation takes off here and soon takes the police across Northumberland. Some highlights:

Bywell was a beautiful village, unchanged for centuries, a favourite of local historians. At school, david had learned that it was the fail seat of Lord Allendale, son of the third Viscount Allendale, a legacy of conservation the current dignitary was proud to maintain on his 2000 acre estate. The village had two churches, St Andrews, known as The White Church’, an Anglo-Saxon place of worship, and St Peter’s, ‘the Black Church’, formerly the home of Benedictine Monks.

It forms part of the investigation and is quoted as being UNESCO World Heritage Site, the UK’s National Discovery Centre. “Well they got that right”. one of the characters says.

Morpeth and the Chantry Bridge

“The view from Chantry Bridge was stunning in both directions: Oliver’s Mill fish pass upstream, built to ease the way for salmon and sea trout over a steep weir; St George’s reform church on the north bank; to the east of the bridge, which they had drive across to access the town, a road bridge named after Scottish civil engineer Thomas Telford.”

The police head down to the fish quay during the investigation and David heads for some food he desperately needs. They visit the  Old Low Light Cafe and get a lemonade with icecream. The fish and chips here are something else. Highly recommended!

“She loved the fish quay. It was a real place, a working place, full of interesting characters who made their living off the sea. It was alive and thriving, the reasons she’d chosen to live at the coast.”

This is a cracking read from start to finish. Mari Hannah really does seem to just get better and better as this outing for Stone and Oliver really cements them in the readers mind and in the North East literary landscape!

What’s lovely about this book is the way it highlights a lovely part of the NorthEast and mixes in a touch of heritage, a sprinkle of history and stories and legends of the past. Trademark Mari magic but there was something really fascinating about this one.

Don’t think that the above gets in the way of a plot – no sirree – you might not want to read this on a train though! You’d think a local and remote railway line was safe, that the bridges over the Northumberland rivers were nice places to look….well they are normally. In this novel, they’re crime scenes and places with hidden secrets. (There’s a particular legend which was really fascinating!)

Oliver and Stone are back with a vengeance and even though this is only book two, I feel I really know them now. There’s lots of character development here, banter and an insight into their work ethics which was very interesting. There’s an added frisson when someone seems to be tailoring them from the inside. Added tension all the way.

The scenes Mari writes are so vivid and clever the way conversations can build such a picture between Oliver and Stone. I loved their way of working together, their team work and the fear that there may be a mole.

Interesting investigation into why four women have been apparently stalked and then killed. Who and why? Why are the crime scenes significant? It’s a race around Northumberland to find out…