The Scandal (Stone and Oliver 3) 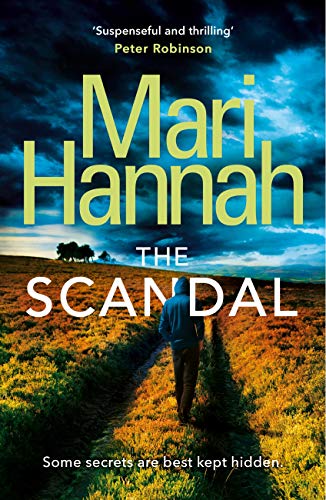 2000s: A murder close to home creates tension for Stone and Oliver

When an young man is found stabbed to death in a side street in Newcastle city centre in the run up to Christmas, it looks like a botched robbery to DCI David Stone. But when DS Frankie Oliver arrives at the crime scene, she gets more than she bargained for. She IDs the victim as Herald court reporter, thirty-two-year old Chris Adams she’s known since they were kids. With no eyewitnesses, the MIT are stumped. They discover that when Adams went out, never to return, he was working on a scoop that would make his name. But what was the story he was investigating? And who was trying to cover it up? As detectives battle to solve the case, they uncover a link to a missing woman that turns the investigation on its head. The expos has put more than Adams’ life in danger. And it’s not over yet.

This book takes place mainly in the city centre of Newcastle and there are plenty of places to wander and discover with your book in hand.

The crime  scene is close to the city library so you can easily pick up a copy of the book from here and get booktrailing immediately. Take care to notice the gold Goldsmiths clock as this is a landmark and easy to find meeting spot in the city.

The investigation takes the police from their HQ at Forth banks to a variety of pubs and clubs around the city to meet with witnesses and friends of the victim. They include a few on Collingwood street and on HighBridge such as Revolution and PTMY. This is the clubland area of the city where it gets very popular at the weekends!

The main shopping street – Northumberland Street – gets a nice mention. This is where at Christmas, there’s a small funfair and helter skelter in the middle of the street. Fenwicks department store fills its window to look like a fairytale wonderland and is well worth a look.

Close  by is Pilgrim Street where some of the homeless characters in the book can be found. This then leads down to the Quayside, where the bridges can be seen. Caroliol Square, Croft Street and more are typical city streets.

Don’t forget to go further afield up to Hexham to visit the police haunt of The Rat, then pop into Amble to see where Frankie lives when she’s not working. Mari Hannah does showcase the city and its surroundings well. 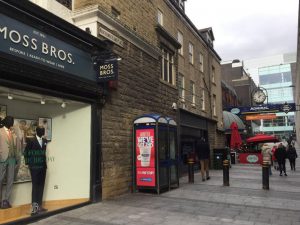 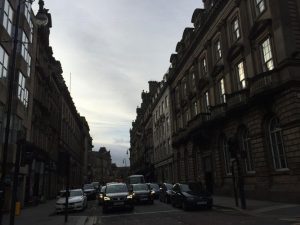 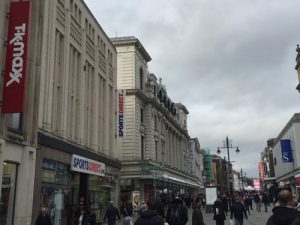 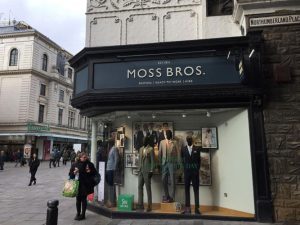 The third and hopefully not the last of the Stone and Oliver books! This one is more personal for Frankie and delves deep into her older friendships and acquaintances around the city. When someone who she knew in childhood dies, things get very personal and it’s a tricky case for this reason from the start….