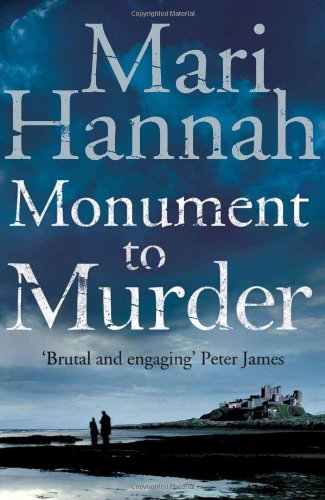 2000s: It’s a trip to the beautiful location of Bamburgh and its imposing castle. Stunning setting on a lovely coastline and a cracking crime thriller to go with it.

Prison psychologist Emily McCann has returned to work following the death of her husband and is trying hard to settle back into the job. One offender, Walter Fearon, who is a convicted, brutal sex offender is pleased to see her back since he has created an entire fantasy built around her and missed her when she was off. Needless to say he’s not going to make her return easy.

As Kate and her team try to solve the mystery of the buried bones, Kate wonders about their significance – the setting for one is seen to be very important – midway between Holy Island and Bamburgh Castle – the Monuments to Murder of the title.

Such a beautiful location for the most chilling of crimes. On the beaches at Bamburgh, a grisly discovery has been made…
The notion that Bamburgh Castle or Holy Island – two of the most revered places in Northumberland – could be some kind of macabre monument to murder stunning them into silence.

Bamburgh beach and castle is definitely worth a visit and it sits on a craggy rock with lovely views of the surrounding area and coastline. Most of the action takes place here and in the village of Bamburgh itself.

It’s here, in the middle of winter, that the chills come thick and fast and its’s not just the snow that’s the problem. The team are forced to set up their investigation room in a B and B in Alnwick since the roads back to Newcastle are so bad.

The two bodies found under the sands, buried with certain items which will become central to the investigation and possibly the clues for the murders.

Kate’s team has a tough job on their hands and its a long and complicated task ahead. The team is as solid as ever but cracks are starting to show, so the newest members of the team are welcome additions. Kate does not have it easy either at work or in her personal life and her stress levels are through the roof. The investigation is like the sand on the beach – so many grains, hidden items, new things to discover and red herrings scattered all over. But what do the sands of time hide?

Although Bamburgh is the focus, other places are mentioned such as Felton and up near the River Coquet where Emma lives. Oh a birthday meal in the Black Bull pub in Corbridge where Kate grew up. Not forgetting Acklington prison (HMP Northumberland). Bamburgh is the star of the show so to speak and it shines as a setting and a remote landscape for murder and intrigue.

To see Mari Hannah’s Northumberland – in fact to see Kate Daniels Northumberland, take a tour around Bamburgh and see the majestic castle, its view of Holy Island, the desolate but stunning beaches and stand on the dunes like Kate and Hank would have done, feeling the nip in the air and the rough sea fret on your face. 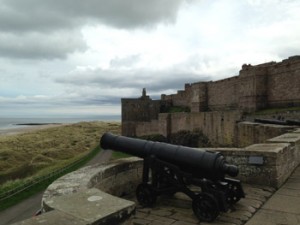 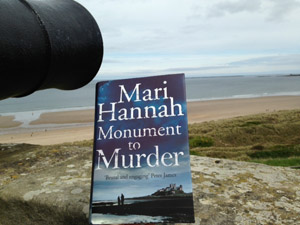 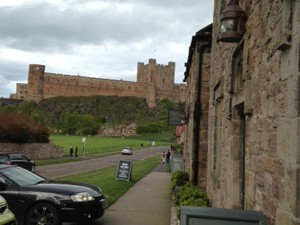 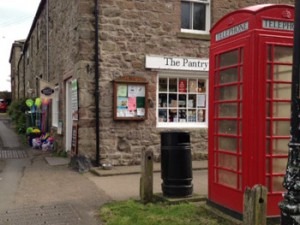 This novel – the fourth one in an increasing good series. If the location adds a gritty chilling realism to the plot, then the level of suspense is the connecting story involving Emily McCann who is a female psychologist, Emily McCann. The scenes involving her within the prison with a more than your usual twisted sex offender were some of the creepiest I have read in a while. It was the ‘what was happening between the lines’ which got me. Brrrr.

I really felt as if I got to know Kate Daniels in this novel. She’s got a lot on her plate what with her personal life unravelling and the sparks which are evident in her scenes with Jo. There are further demands within the police team and Kate is a lot more on edge a lot of the time. I started to see just how many plates this lady juggles! Emily McCann is another standout character here and her backstory is one of despair and upset and I understood a different role within the prison service by her development.

Captivating, Creepy and disturbing but very very gritty and real.

Kate Daniels is going from strength to strength.