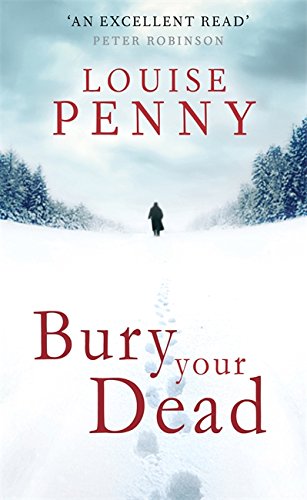 2000s: Winter Carnival in Quebec City is a marvelous and magical time – full of celebration and promise.People are in good spirits and drinking them too. Laughter and music are in the air.

Chief Inspector Armand Gamache however is not here to join in – he’s recovering from a recent investigation which has gone very  badly indeed. An historian, a rather obsessed one it has to be said, was looking for the remains of Samuel de Champlain, the founder of Quebec. Murder ended that search leaving members of the Literary and Historical Society amongst others to wonder if said remains could be hiding a very dark secret which someone is willing to kill to protect

Gamache of course cannot walk away despite being on leave – this is a matter which could shatter the relationships and peace between the English and French speakers of Canada! If this weren’t enough, the case of the bistro killer from the last book comes back to haunt him.

Quebec city in it most magical setting. Image the stunning backdrop of the Chateau Frontenac (not a real castle but a very very posh hotel) and the old town, the cobbled streets, the square and the horse drawn carriages. Now see it through the eyes of those attending the Winter carnival and it becomes a whole new city and a magical one at that.

Spare a thought then for poor Gamache. He’s trying to have a rest from the goings on in Three Pines and the crimes there and so thinks that the carnival in Quebec City will alleviate some of his headaches. If you’ve ever been lucky enough to experience the carnival you’ll realise why this would have given him the chance to immerse himself in another world. But then Gamache would surely not set to have the experience anyone else would have.

A mix of history particular to Quebec and one of its most famous culture events and it makes it quite the backdrop. Evocative in so many ways and a new way of seeing Gamache out of his comfort zone in one way but very interesting how he reacts to new surroundings.