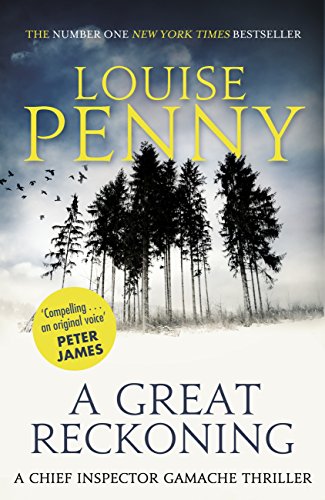 Former Chief Inspector Gamache has been hunting killers his entire career and as the new commander of the Sûreté Academy, he is given the chance to combat the corruption and brutality that has been rife throughout the force. But when a former colleague and professor of the Sûreté Academy is found murdered, with a mysterious map of Three Pines in his possession, Gamache has an even tougher task ahead of him.

When suspicion turns to Gamache himself, and his possible involvement in the crime, the frantic search for answers takes the investigation to the village of Three Pines, where a series of shattering secrets are poised to be revealed .

According to even the novel itself:

Interesting then that there is actually a map of the place at the centre of the story here. This is a real literary booktrail therefore. Imagine what you will find if you follow this map? The village is described as “Like in a snow globe” so it does sound very nice at least. But if you’ve been to Three Pines before, you know the snow can hide a multitude of sins.

Armand Gamache has come out of retirement to run the Sûreté’s training school. One of his major issues since book one has been the level of corruption at the heart of the Sûreté and since he is now effectively the head of that school, and will train the police of the future, he wants to target the corruption from the roots and to prevent any more from taking place.

“The wind has rubbed the land down to its essence. Some rough grass, and rock. Like a worry stone. Inundated in the summer y tourists and part-time residents who came for the rugged beauty of the area and left before the snow moved in, only a rare fe appreciated the glories the Gaspe had to offer the rest of the year.

They clung to the Peninsula because they had no desire to leave, or nowhere else to go.